Positive Vibes
Home Amazing 2 Moms Go Out To Help The Homeless. What They See Instead... 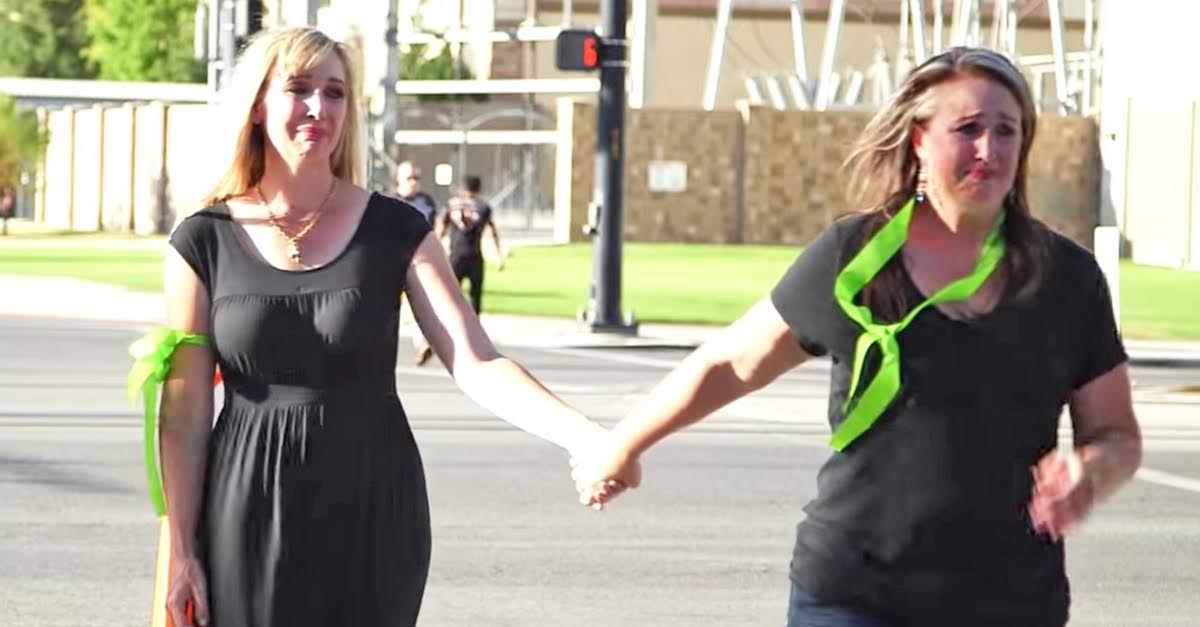 Tara and her sister Wendy were two moms who wanted to make a difference in their community. They came up with a small idea. It all started with just the two of them, their mom, and children in the kitchen making peanut butter sandwiches. They went out into their community with 63 peanut butter and jelly sandwiches, hoping to feed the homeless. What they saw was not what they expected at all. While many think of the homeless as transient men, even drug addicts, what Tara found were dozens of single mothers with unclothed children, just struggling to get by. It hit home hard. For Tara and Wendy, they so easily could have been put in the same situation with their kids.

Now their operation, Soul Food, is much bigger. They go and hand out the sandwiches with a small label that says “You Matter” on it. The message was simple, but they hoped that these women and children, so often forgotten, would know with these two little words that someone cared. Kleenex saw what Wendy and Tara were doing in their community and decided to give them a surprise of their own. Smack dab in the middle of the street, they created a giant mural with Kleenex tissues that read “You Matter, Too.” The women were in tears.

Most Unbelievable Birth Cases on Earth

0
Life is a gift of God. The Birth is the only form of evolution of Life. But sometime the birth can be in an...
Read more
Quotes

0
…And how a change in thoughts can lead to a change in life. 15.“The day is what you make it! So why not make it...
Read more
Amazing

She Adopts A Boy That Nobody Wants. 27 Years Later He Does THIS Behind Her Back

0
Ingeborg McIntosh’s adoption of her son didn’t come easily. Jordan was a newborn when he was placed in foster care and Ingeborg struggled for four years...
Read more