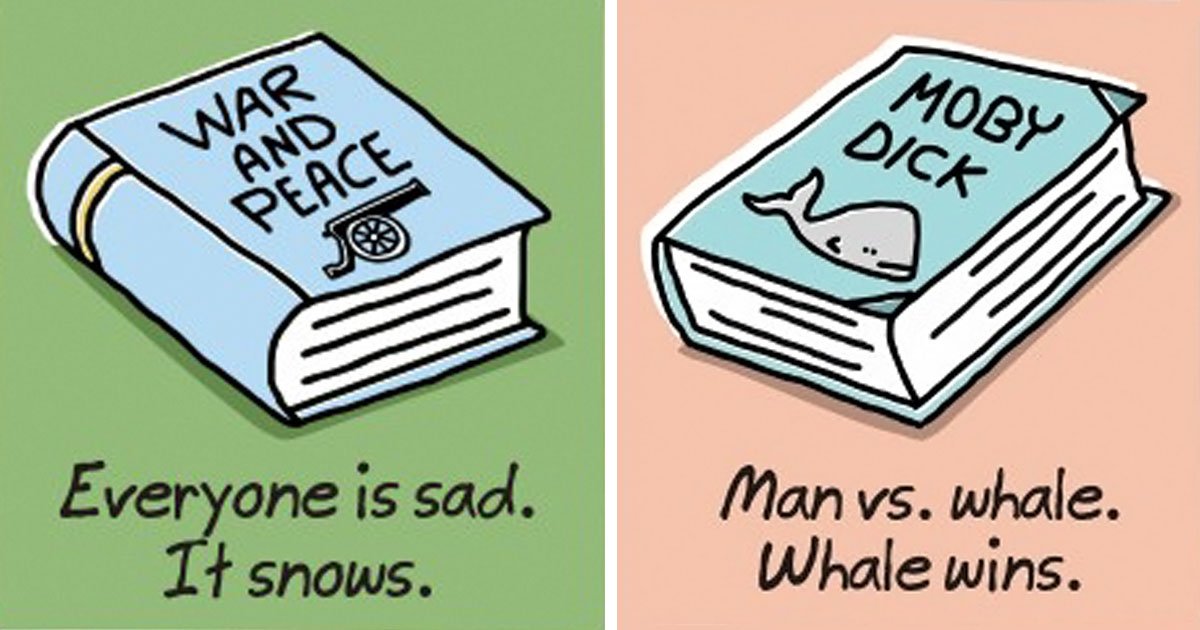 When it comes to classic literature, people can generally be divided into the following three camps:

Hats off to the first camp, but we can’t really blame those from camps two and three. After all, classic novels can often seem pretty formidable, not least because they’re often rather long. War and Peace is over 1,400 pages, Don Quixote is close to 1000, and James Joyce’s Ulysses, while not quite as long, is still, well, Ulysses.

But thanks to Cartoonist John Atkinson, such literary behemoths need no longer be intimidating because he’s kindly reduced them all to just a handful of words in these funny illustrations below. Now you too can pretend to have read the greats! But beware, spoilers lie ahead!

John told Bored Panda that he’s planning on doing at least one more in the series, but he hasn’t decided which books to include yet. So if you can think of any classics that you’d like to see condensed then drop your suggestions into the comments section below! 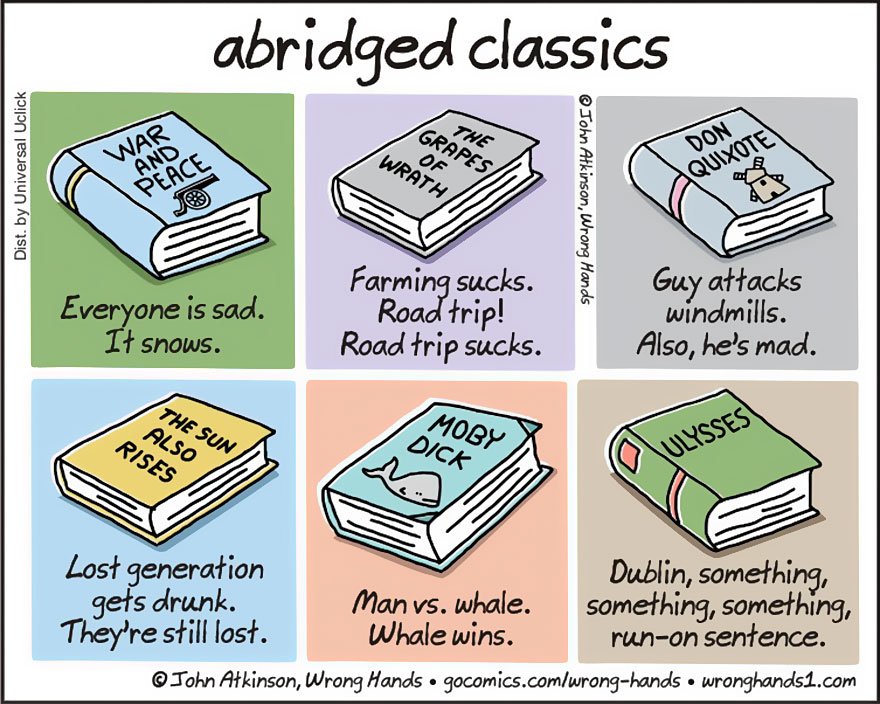 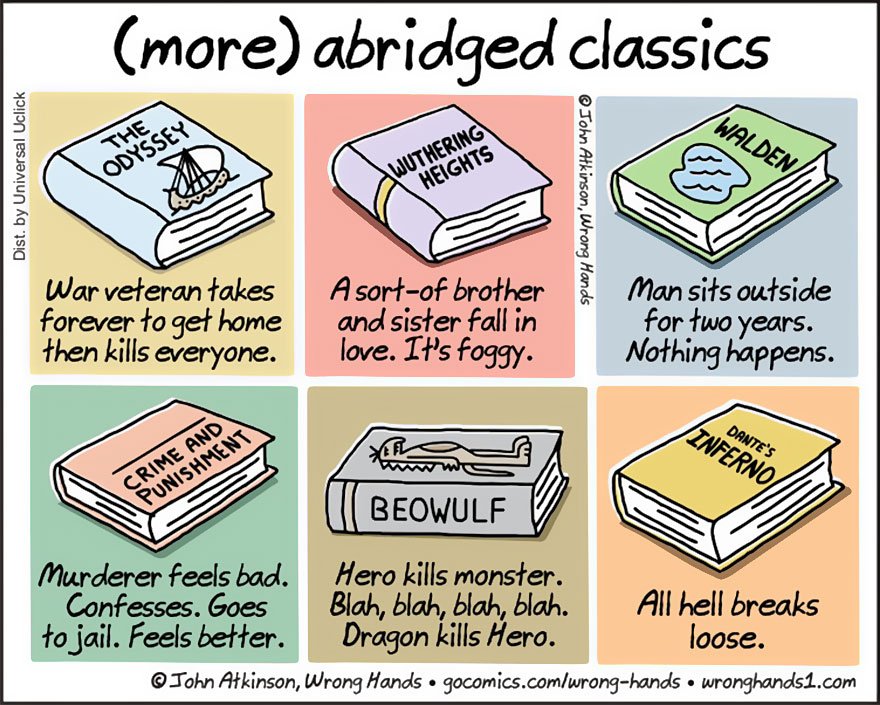 Every Day, The Mailman Tries Delivering Mail To This House. Now Keep Your Eye On The Front Door.

She Fights Her Tears When A Customer Yells At Her. Then THIS Man Stands Up And The Whole Room Goes Quiet.

A Boy Sexually Assaults Her Daughter In School. Mom’s Reaction? This Is Gold!

0
An angry mother delivered a scathing response after her daughter was punished for punching a classmate who snapped her bra. The details of this story...
Read more
Positivity

Trip Of A Lifetime – Cliff Jumping in Bermuda

0
Mike Wilson, Conor Toumarkine, and the Shreddy Times crew take a pimpin trip to Bermuda to huck themselves off whatever they can find! // //...
Read more
Amazing

Lexi Wants To Walk, But Dad Won’t Get Up. Her Next Move Has Mom In Giggles

0
There's no need for an alarm clock - when you have the cutest dog in the world waking you up instead. Lexi is a white...
Read more