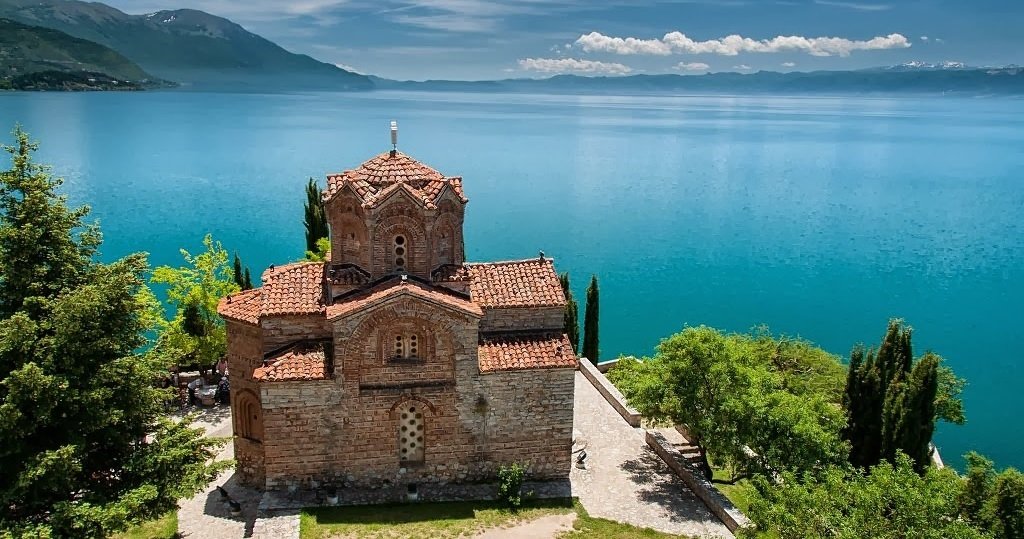 A small and beautiful country nestled in the southeast of Europe, Macedonia offers its visitors a unique blend of natural wonders, traditions and cultures- as well as a long tradition of unrivaled hospitality.
From their savory cuisine to their love of music, dance and general merrymaking, Macedonians know how to make their guests feel at home. Combining these qualities with the country’s dramatic mountains and canyons, its deep lakes and rivers, Macedonia has something for everyone…

Macedonia – that unforgettable name evoking images of ancient, great civilizations and exotic adventure – is also a warm and welcoming modern-day republic in the very heart of southeastern Europe.

Being the capital city, Skopje is one of the largest cities in Macedonia and one of the best places in the country to appreciate Macedonia’s diverse architectural influences.
There are an impressive amount of churches and mosques located in Skopje Old Bazaar which is a fantastic place to explore on foot on a warm day. Skopje is definitely home to some of the most interesting places to visit in Macedonia and exploring Skopje’s Old Bazaar and Main Square are two of the most rewarding thing to do in the city. 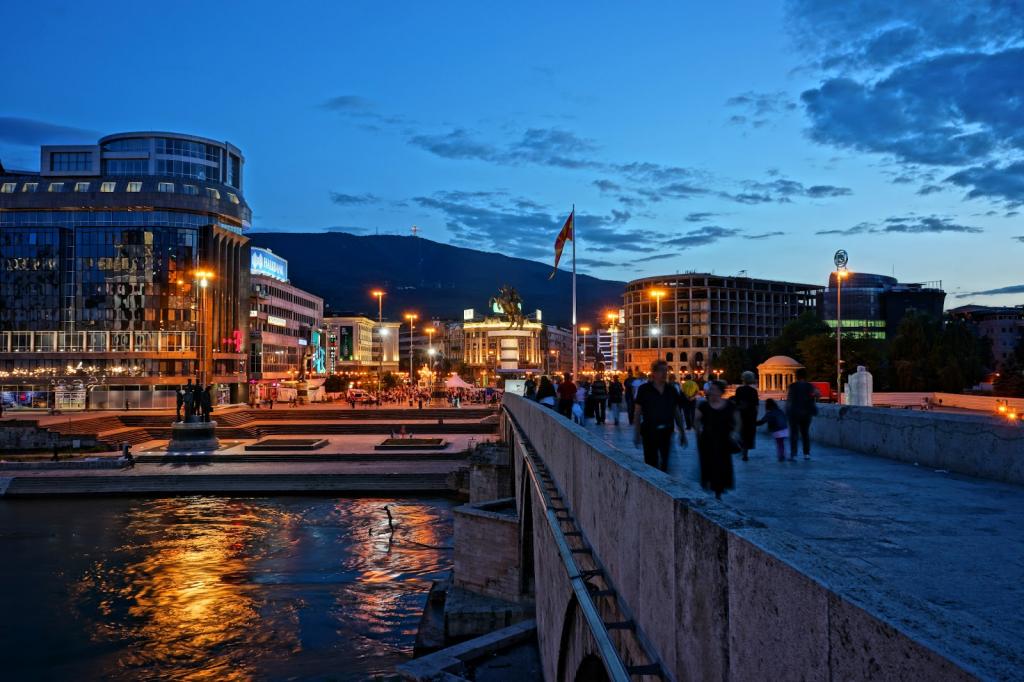 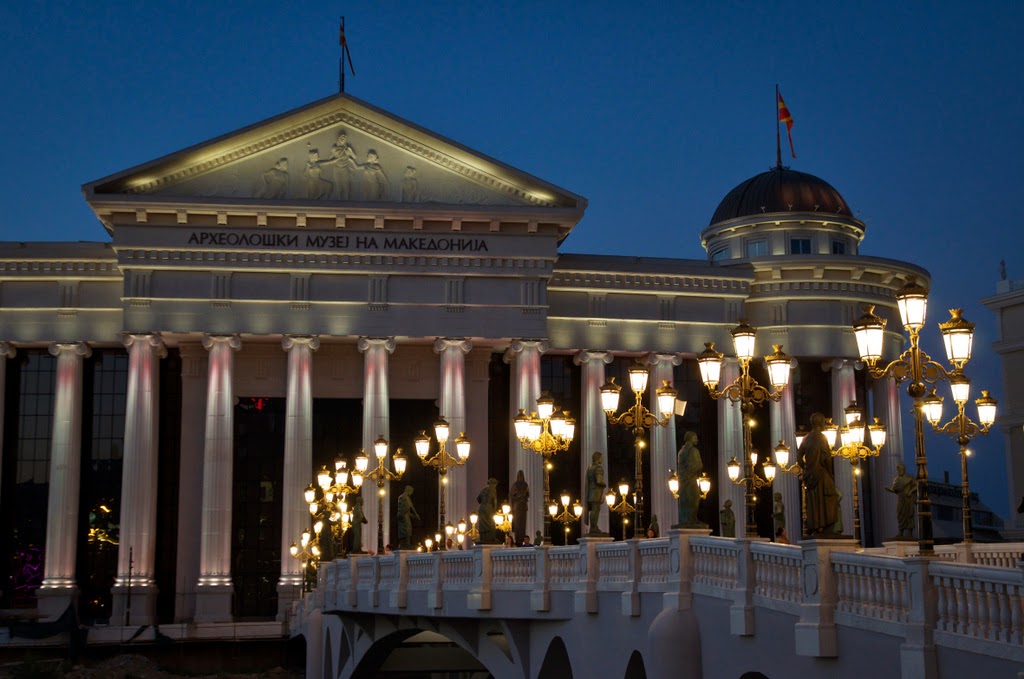 is located in the lower course of river Treska, 15km southwest of Skopje. With it’s geological, geomorphologic and hydrological characteristics, and the flora and fauna, it is an exceptional object of nature. The main phenomenon of this natural treasure is the canyon, a distinguished geomorphologic entity with well preserved natural and geographic characteristics in which rare and endemic species find their escape. This outstanding work of nature, with sides 1000m high and step notches of over 250m, was created by vertical erosions of the Treska river during the long geological history.

The area of the canyon is characteristic by low mountains. The Osoj hill is the northwest boundary, Suva Gora mountain and Vodno occupy the southeast and the east of the canyon. The north frontier is an entrance to the Skopje valley, following the course of the villages of Matka, Šiševo, Glumovo and Saraj.
The caves and abysses as special categories of late geographic forms are mainly concentrated on the right side of the canyon, under the area Visoki Rid (High Hill) on 885m attitude. There are about ten of them, but most known are: Vrelo, Krstalno and Ubava.
In the Matka canyon, on the left side of the valley high in the rocks, there is a very interesting phenomenon of a natural bridge, created by the erosive processes in the carbonate rocks. 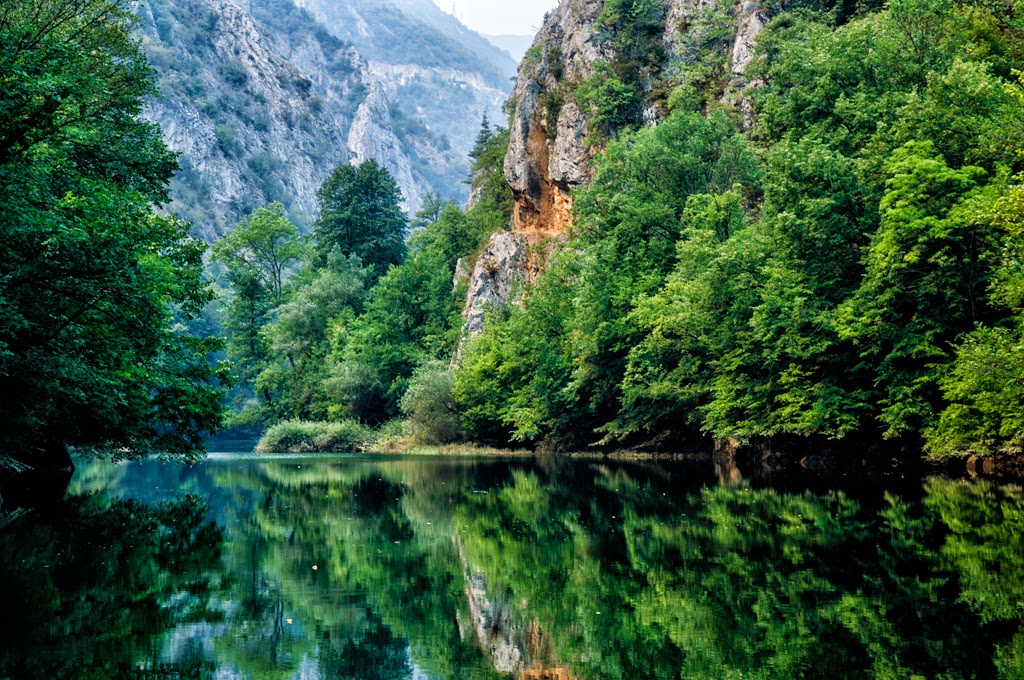 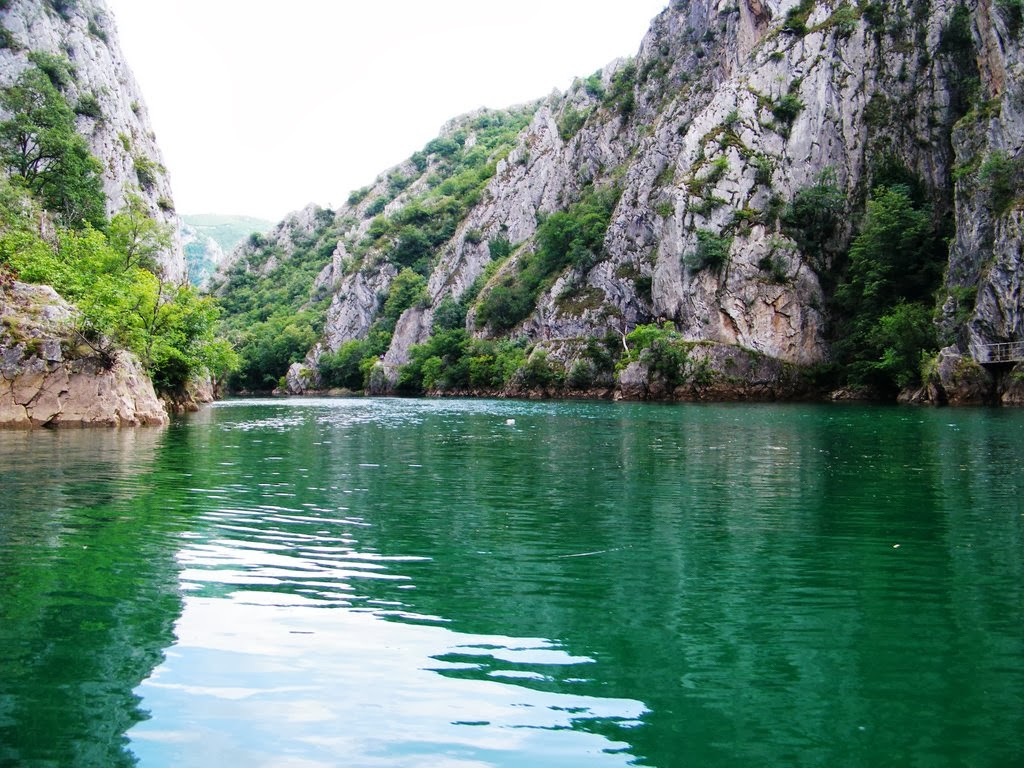 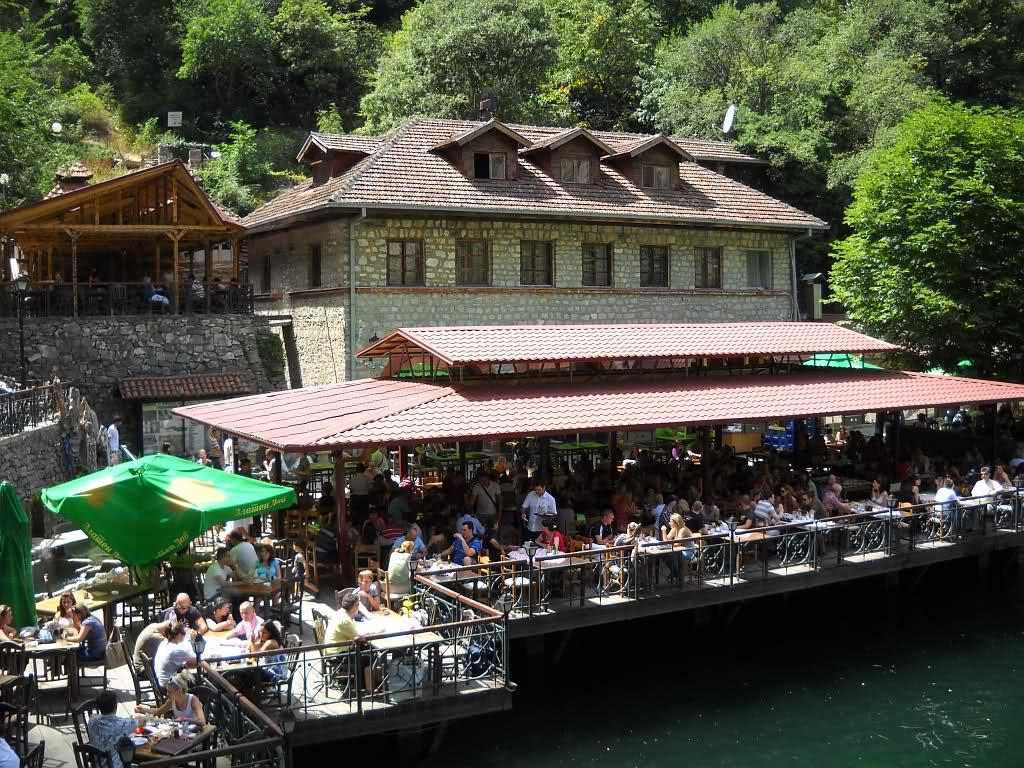 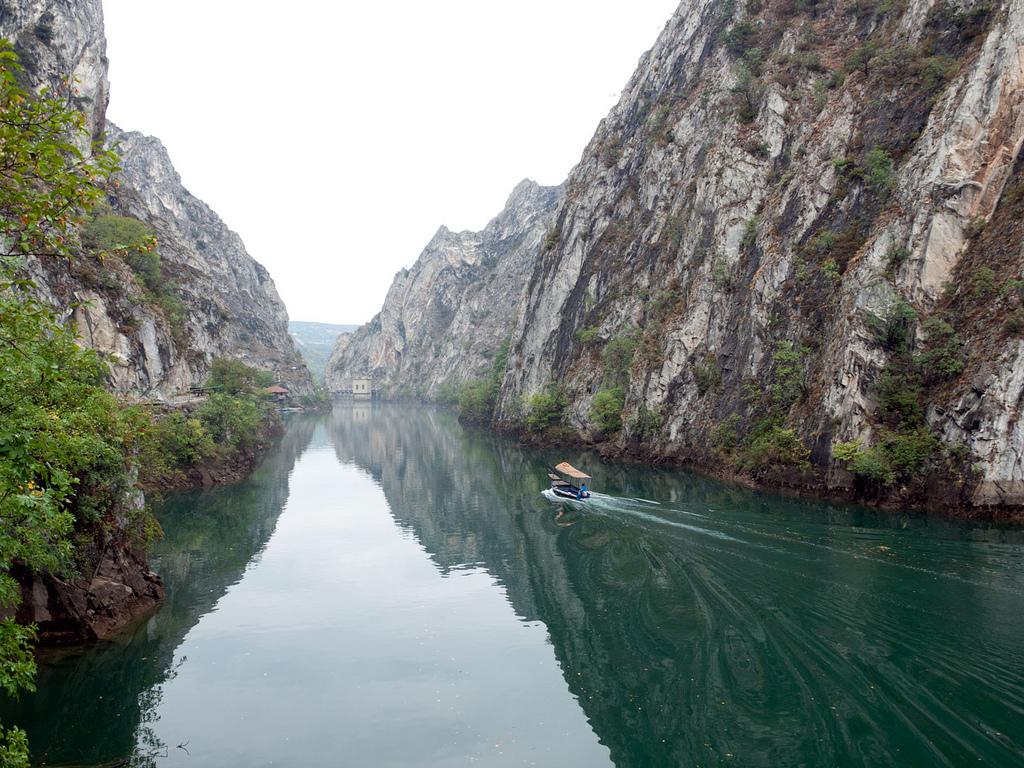 Ohrid is certainly one of the top eastern European cities to visit and one of the most popular places to visit in Macedonia because of its location overlooking the beautiful Lake Ohrid.
Ohrid has lovely beaches where you can enjoy a ton of water activities, as well as a charming old town filled with landmarks and monuments such as the statue of Kiril and Metodi and a Roman Amphitheater where the Ohrid summer festival is held.
Another of the top attractions in Ohrid old town it’s Samuil’s Fortress, which offers stunning views of Ohrid lake.

Bitola is Macedonia’s second city and historical-cultural center as well. It’s the seat of Bitola municipality.
According to the 2002 census, the urban district of Bitola had a population of 95,385. The metropolitan population approximates 122,173 inhabitants. Bitola is situated in the Pelagonia plain (southern Macedonia), on the both banks in the river Dragor, at an altitude of 617 meters above the sea level. Bitola being the largest city in the region has always been an administrative, cultural, industrial, commercial, political and educational centre, with a developed network of institutions in all domains.

Prilep is a city in the Western Macedonia, nicknamed “The city under Marko’s towers” (referring to the fortress). The city is the Macedonian tobacco capital. The population is 76,768 (Prilep municipality). The city was the capital of the medieval kingdom of Kings Volkasin and Marko which explains the large number of churches and monasteries in and around the city.

It is located above the village of Smolare in the Municipality of Novo Selo in the southeastern region of the country.The waterfall is part of the Lomnica River and is located deep in Mount Belasica at an elevation of 630 metres. Crashing down the smooth, black rock face, and surrounded by 100-year-old beech trees, this waterfall is visited by tourists throughout the year, largely by train.To reach the majestic beauty of Smolare Falls, visitors must wind their way up a nature path that includes 300 stone steps made from natural materials.

One of the most beautiful mountain valleys, Mavrovo, together with the lake and mountain Bistra, is placed in the western part of Macedonia, only one hour driving from the capital city Skopje. Mysterious and romantic, sheltered by the high hills of mountain Korab, Mavrovo region was famous during centuries, by the hospitality of its well-known inns in the past, and by its ski center Zare Lazarevski today.

The total length of the eleven ski lifts and three chair lifts is 5.700 meters, with capacity of 11.100 persons per hour. With an infrastructure like this, it is very possible to ski at a height of 1.255 to 1860 meters above sea level. The tracks prepared with six ratracs are suitable for beginners, advanced skiers, as well as for professionals in the alpine and nordic categories. The length of the skiing trails under the chair lifts is 5.000 meters, and the length of the ski lifts 10.000 meters. At all trails under the chair lifts there are light and sound devices, so skiing is possible at night, between 19 and 24 h. We have a whole team taking care of the quality of the trails: four professionals driving the machines for snow stamping and Trekking, one ambulance motor sleighs that glides on the tracks during the day, ski patrol, several ski motor sleighs, a machine for artificial snow production and a lot of kind people employed at the ski centre. 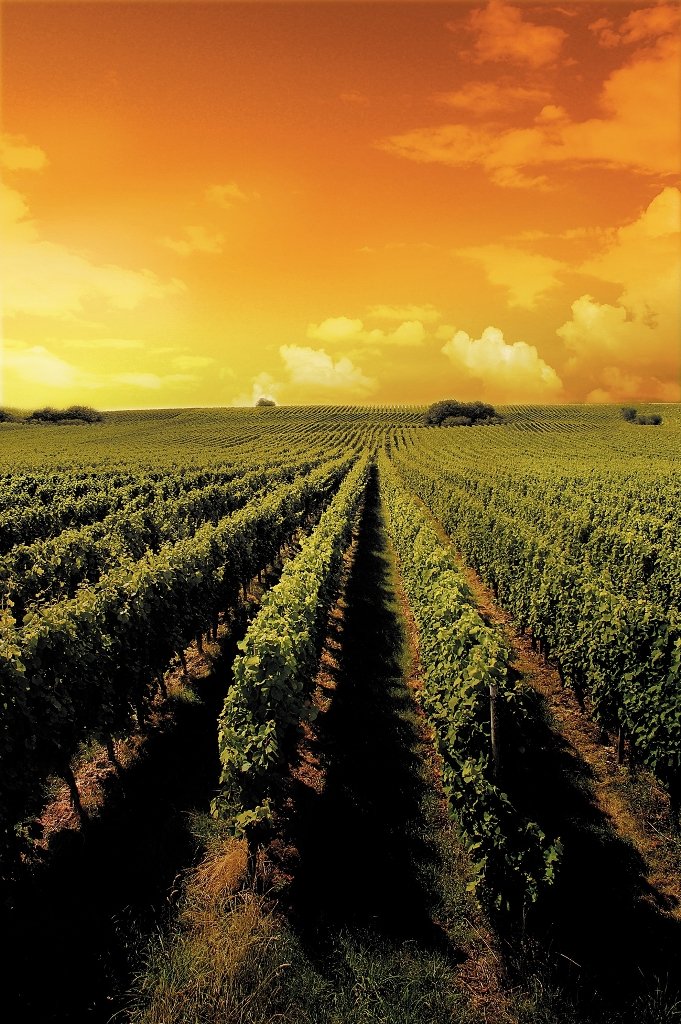 I hope you enjoyed this beautiful adventure:)

If you enjoyed this post, We highly recommends:
On The Top of the World

0
Prague typically isn't at the top of travelers' bucket lists but we're here today to tell you that it should be. Seriously, the place...
Read more
Photography

0
Street art is expanding to include even more talented artists. M-E-S-A impresses passersby with his fine art skills. His murals are not only massive,...
Read more
Photography

0
The “Totems” of Paris-based photographer Alain Delorme take us in the heart of contemporary China. This series manipulated on Photoshop depicts an exaggerated social and economic...
Read more