Home Animals A Diver Notices A Shark In Distress – His Next Move Took... 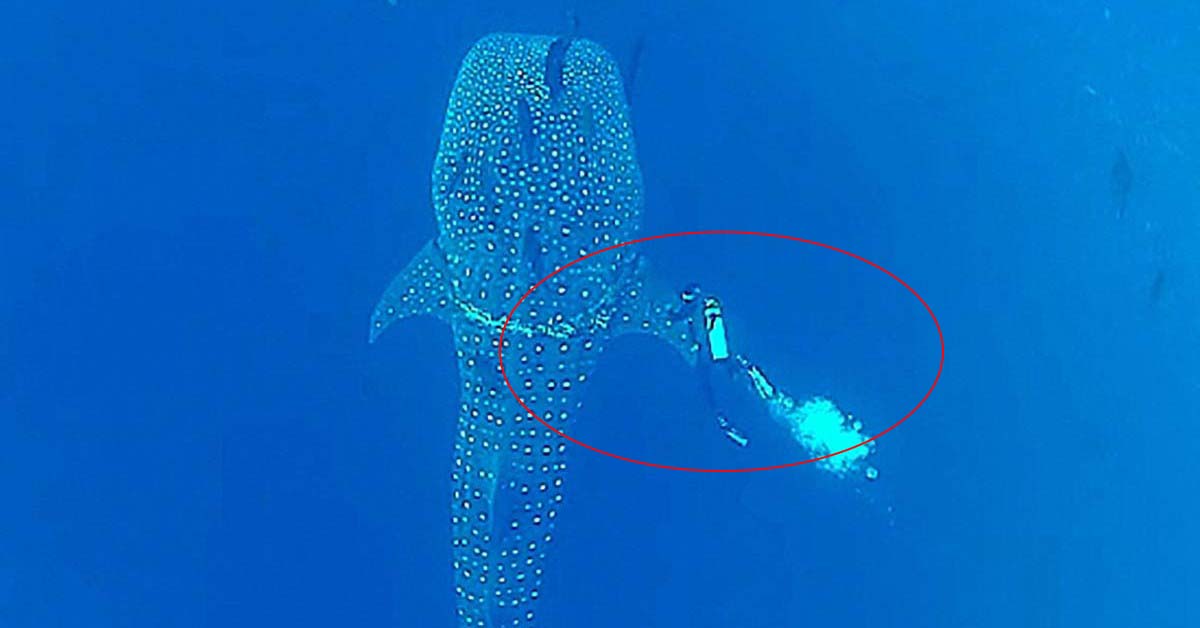 Man Saves A Whale Shark With A Small Pocket Knife

A deep sea diver and team came across a shark whale, and when they took a closer look, they were alarmed by his injury. Commercial fishing line had wrapped around the whole whale, and caused major damage to his body. Nobody could tell how long the fishing line had irritated the shark whale, but they knew they had to do something to help him out. One of the divers had a pocket knife with him, and took it out not knowing how the shark whale would respond.

With a daring rescue, the diver took his knife to the thick fishing line, and within thirty seconds, it began to release. The diver swam around the shark whale with bravery, making sure he got each and every inch away from the whale. Somehow sensing the diver was there to help, the ginormous whale didn’t harm him or even move at all.

He seemed to realize the releasing rope from around him, and freedom was slowly his at last. The entire team of divers rejoiced at the ability to help such an incredible creature. They stuck around to watch the whale and document the glorious moment

0
It's time to start thinking about planning your dream trip next year. So where should you go? We looked at major developments, cultural trends, and...
Read more
Amazing