Home Amazing She Gave Birth To The World’s First Surviving Septuplets. What Do They... 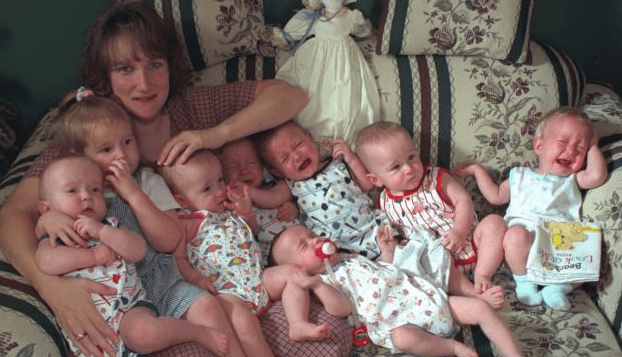 Back in 1997, Bobbi McCaughey gave birth to seven children. They all survived, making them the first known surviving septuplets in the world.

The parents were featured on the cover of Time magazine because of this miraculous story, and the children have been filmed and followed ever since.

18 years later, The Today Show caught up with Bobbi, her husband Kenny, and all seven children. The interview is very touching, as Bobbi is brought to tears at different times remembering the journey, and the children talk about what it’s like to be a septuplet. Kenny talks about how he has wanted them to be as normal of a family as possible, and so avoided reality TV shows and greater exposure. And as it seems from the interview with this family, Kenny and Bobbi have done a terrific job raising their children. Hats off to them and to their kids. Such a great story!

Sweet Pets on the Beach

0
Who said pets couldn't have fun on the sun? The beach can be fun and rewarding for both pets and their owners. Check this trully...
Read more
Photography

30 Incredible Photos that you won’t believe are Real

0
You don’t need to be a professional photographer to take a truly unique picture. A really creative image is singled out because it was caught at the right moment — whether it’s lightning, a cute...
Read more
Amazing

Telephone Scammer Said Her Computer Had A Virus. Her Reply? Perfect!