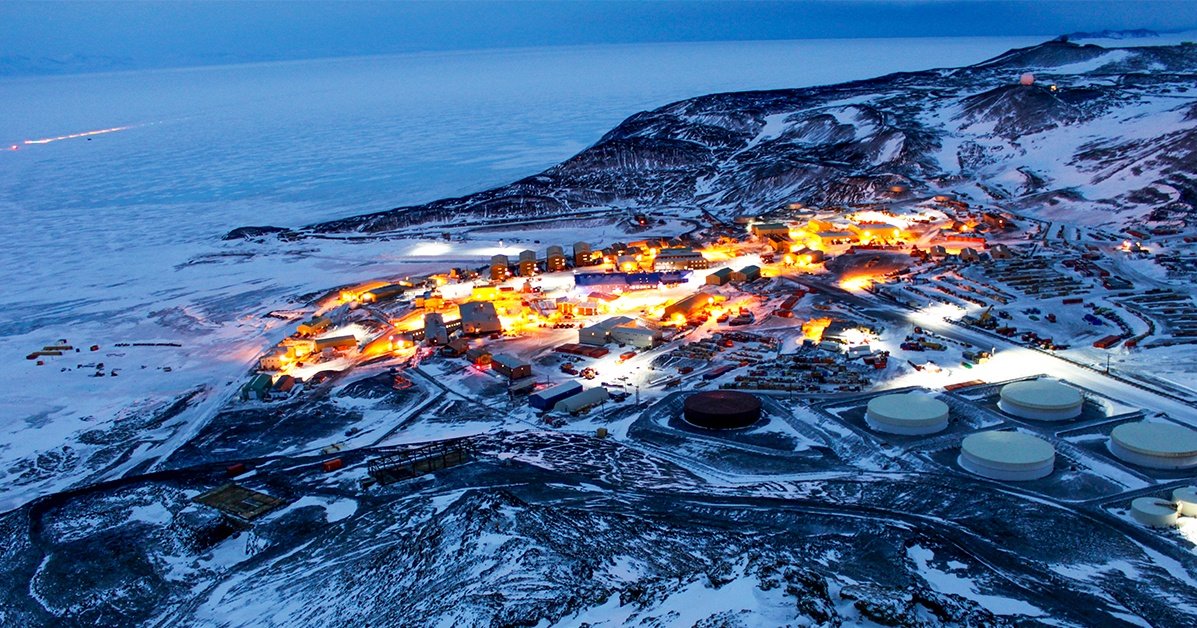 Islands that take weeks to reach, mountain villages hidden high above the clouds, scientific research stations built on permafrost — there are places out there which are almost untouched by ordinary travellers. Here are ten of the best.

Gasadalur is a small village with a population of 18 (according to the census of 2002). It was only in 2004 that the village became accessible by car. Up until then, the locals used a mountain path, which ascends to an altitude of 400 meters. Located not too far from the village is the Bøsdalafossur waterfall, whose waters crash down into the Atlantic Ocean from a height of 30 meters. Because the village is located on a high shore that ends in a steep cliff, local fishermen have to use either a road tunnel or a mountain pass to get down to their boats.

La Rinconada is a small town in the Andes, and is considered to be the highest town on Earth. It can only be reached by heavy truck or walking along narrow mountain paths. La Rinconada is currently in the midst of a veritable ’’gold rush,’’ boasting around 250 ore mines which provide employment to the town’s residents. Some of the locals agree to work for a month without pay in exchange for being allowed to take away as much gold as they can carry at the end. Since living in La Rinconada entails coping with rarefied air, low temperatures, and severely inadequate sanitary conditions, the town has garnered fame as a refuge for people with a devil-may-care mentality, attracting the most hardened and reckless Peruvians.

McMurdo is an international scientific research station, considered to be the unofficial capital of Antarctica. About 1,300 scientists and volunteers work there on a permanent basis. Despite the harsh climate, McMurdo has much to offer, including a sports hall, a nine-hole golf course, and even a greenhouse, which supplies the station with fresh vegetables and fruit. In the past, McMurdo could only be reached by ship. The journey used to be dangerous and took many months to complete. With the construction of an airfield, communications with the mainland have become increasingly regular.

The house on the island of Ellidaey, Vestmannaeyjar Archipelago, Iceland

This house rightfully holds the title of the most secluded dwelling on Earth. There are no other houses on the remote island of Ellidaey. About 300 years ago, the island used to be a home to five families, who lived by fishing, hunting puffins, and cattle breeding. By 1930, the last permanent resident had left Ellidaey. It’s rumoured that the last remaining house on the island is now owned by the famous singer Björk. These days, it serves as a hunting lodge.

Illoqortormiut is a small hunting and fishing village, situated on the east coast of Greenland. Cut off from the rest of the world by tundra, it is considered to be one of the world’s northernmost settlements. The village can be reached by plane (which flies there twice a week), helicopter, or boat (but that’s only available during certain parts of the year). Illoqortormiut boasts 450 residents, who enjoy the services of one local food store and one local history museum. The townsfolk make their living from hunting polar bears, whaling, halibut fishing, and, lately, even a little tourism.

These islands are also known as the Desolation Islands. They can only be reached by sea (the journey takes about a month). The islands were discovered in 1772 and served as a stopover point for Captain Cook’s ship. Before the beginning of 20th century, the islands were used as seal-hunting grounds and a base for whalers, until seals and whales had nearly been wiped out in the area. From 1949, the islands became the site of scientific research and meteorological rocket launches. Today, the Kerguelen islands support large colonies of penguins, marine birds, and southern elephant seals.

If you take a look at a map of the South Pacific and zoom in around Tahiti, you might discover the Pitcairn Islands. The story of these islands’ colonization is truly fascinating. In 1789, a high seas mutiny occurred aboard the HMS Bounty. Some of the crew came ashore on the Pitcairn islands. Today, the islands boast around 50,000 inhabitants, many of whom are direct descendants of the HMS Bounty crew members. The journey to the islands takes about ten days and can only be made by sea.

Alert is a village situated 800 km from the North Pole. It is the northernmost permanently inhabited settlement in the world. In 2005, it’s population consisted of five civilians and about 70 soldiers. Winter lasts for almost an entire year in Alert. Endless polar nights alternate with equally long polar days. There is an airport there, but poor weather conditions make regular flights virtually impossible.

In Tibetan, the word ’’motuo’’ means ’’hidden and mysterious lotus.’’ Motuo District is one of the least accessible places in China, situated in the heart of the Tibetan mountains. In order to reach it, a traveller has to cross nine rivers, climb several snow-covered mountain summits, and pass through several forests before facing the final challenge — walking across a swinging, 200-meter-long suspension bridge. This area has long been revered by Buddhists. It is believed that Motuo is protected by sacred powers. Chinese authorities have made numerous attempts to connect this hard-to-reach mountainous region with the nearby settlements, but each time they were met with defeat.

Tristan da Cunha is a group of islands, known for being the most remote archipelago on the planet. The islands’ population totals around 300 people. All of them are descendants of the eight men and seven women who settled on the archipelago in the early 19th century. The islands have a school, a hospital, a museum, and a tourist office. Tristan da Cunha is very hard to reach. Since regular sea and air communication with the islands is non-existent, visitors have to wait to hitch a ride aboard fishing vessels or scientific expeditions. The exhausting journey over stormy seas can take from one to three weeks.

0
Smart cooks have a lot of tips on how to make life easier, and it’s an inexhaustible source of wisdom! These small secrets, which most of us probably don’t know yet,...
Read more
Amazing

0
Colorado Tavern Rewards Patrons for Responsible Drinking Recently, a local man who referred to himself on Reddit as a “drunken mess” left the Tavern and...
Read more
Self Improvement

What This Grandpa Left Behind Before Dying Surprised Everyone. But It’s Absolutely Brilliant