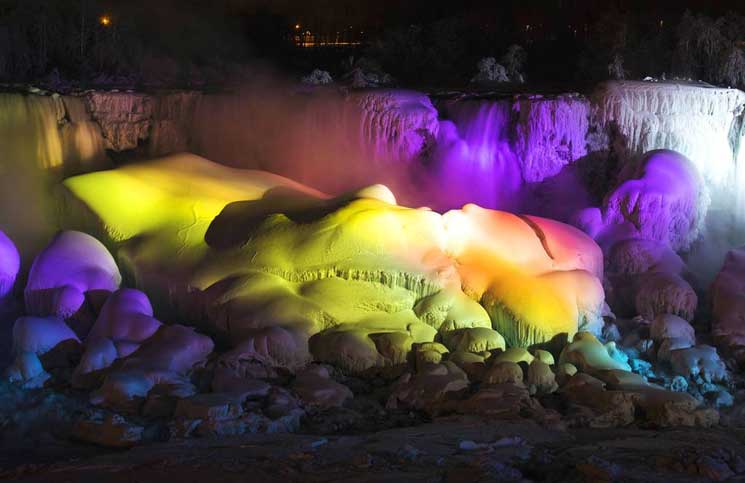 The bitterly cold weather that currently has much of the East Coast of America in its icy grip has demonstrated its chilling intensity by partially freezing Niagra Falls for the second time in just weeks.
Remarkable images taken of the falls at night show them partially frozen and lit up in an array of bright colours. The falls on the American side, which in combination with the Bridal Veil Falls usually see the passage of 567,811 Litres per second, have frozen amid temperatures of -1 degrees and lower.
Temperatures in the area fell to -23C with wind chill last week bringing the rushing waters to an icy standstill.

The US East Coast is currently in the grip of a deadly winter storm that has seen near-record temperature lows, around 3,000 flights cancelled and the mass closure of schools and local government buildings. 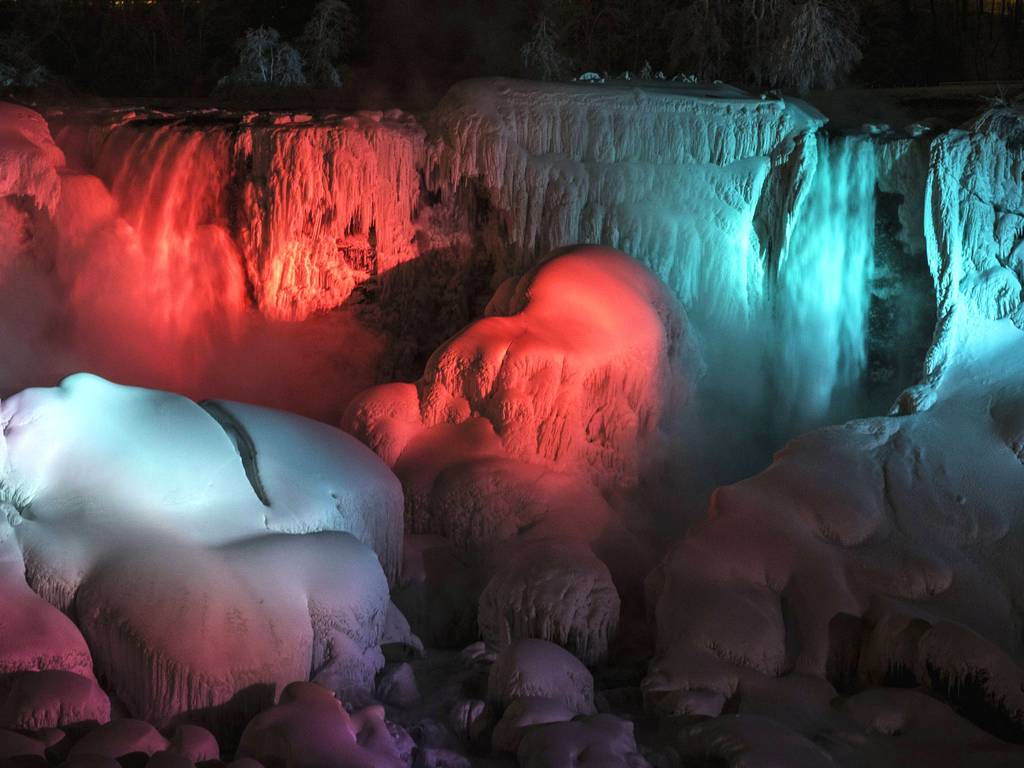 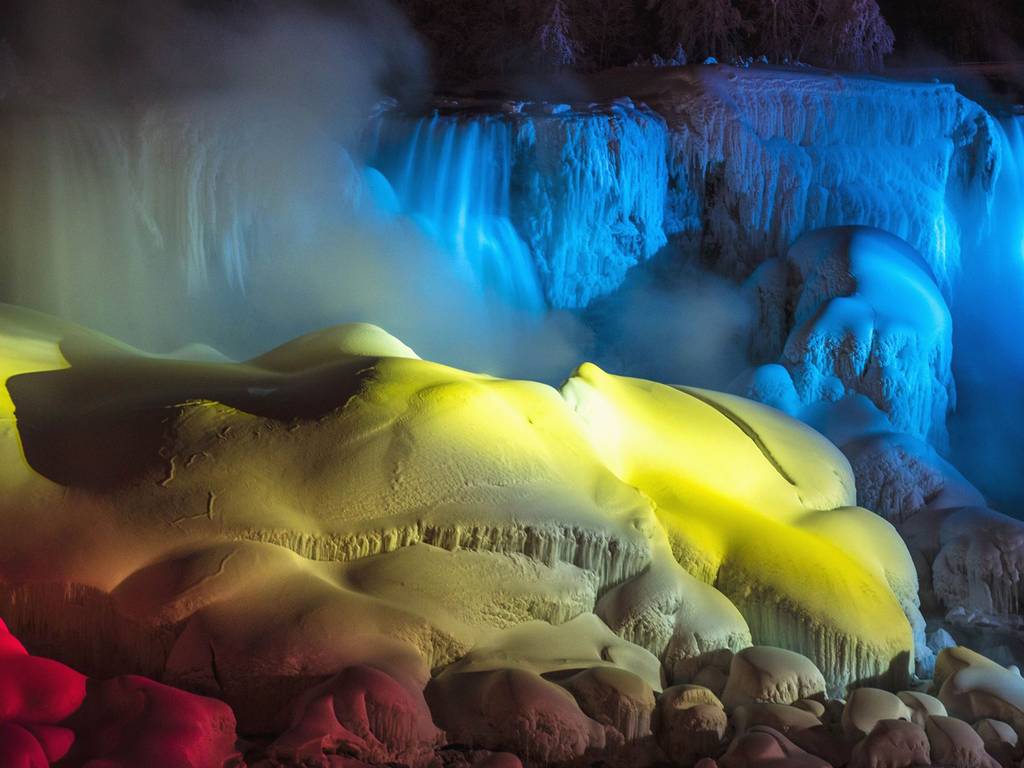 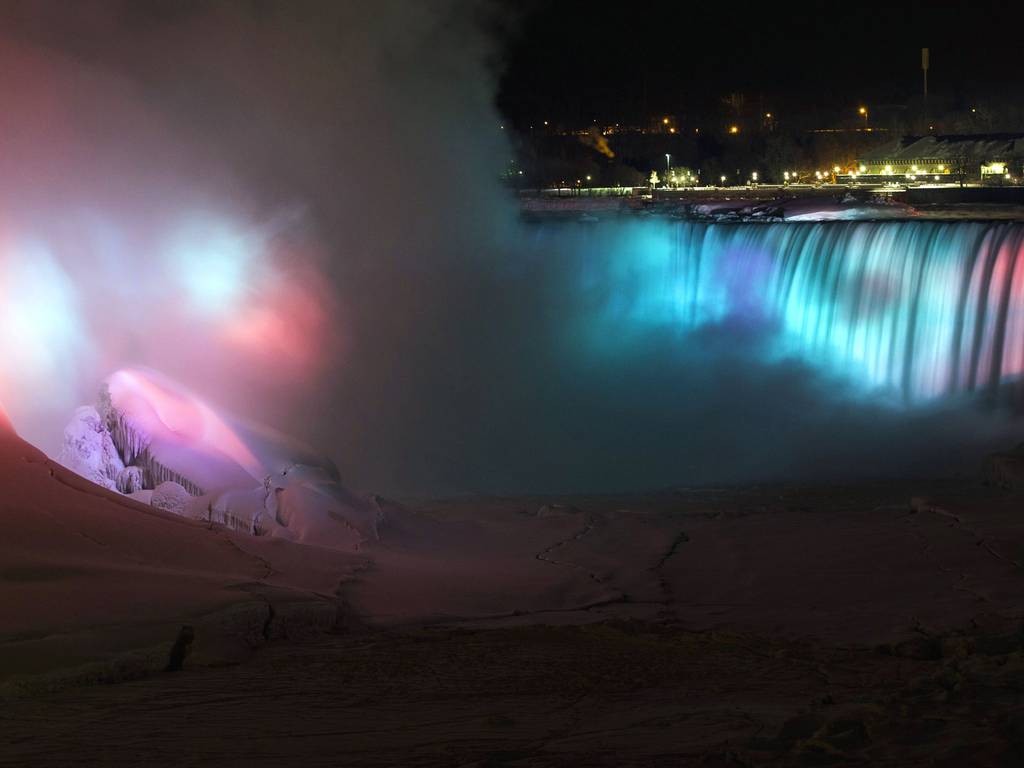 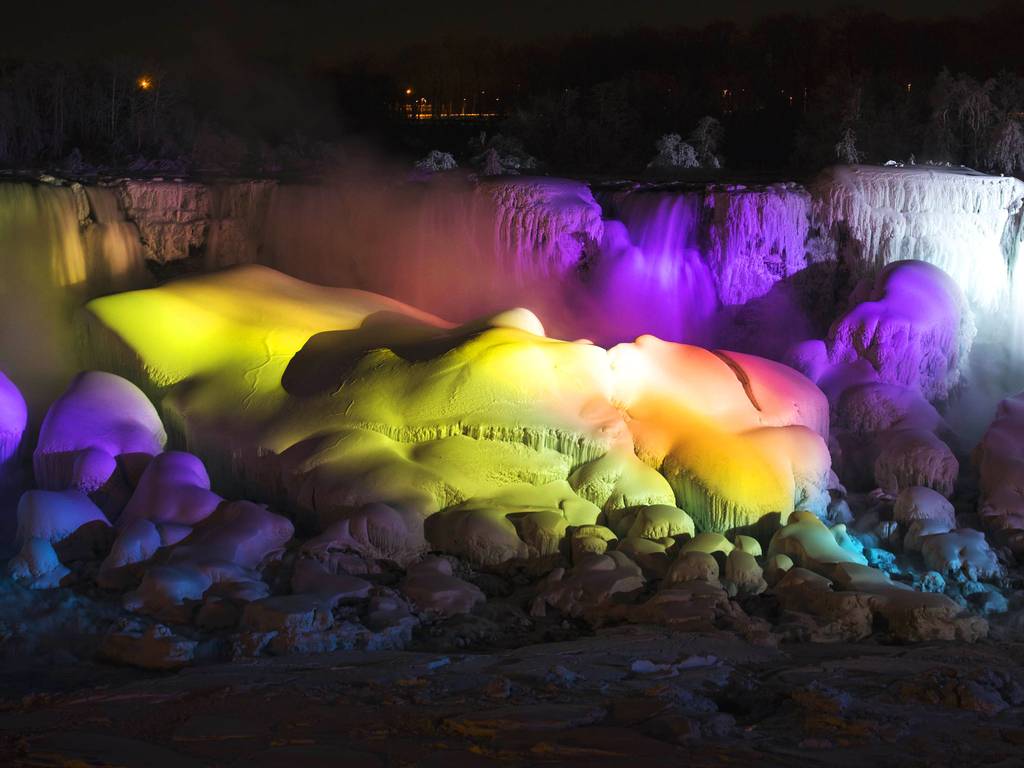 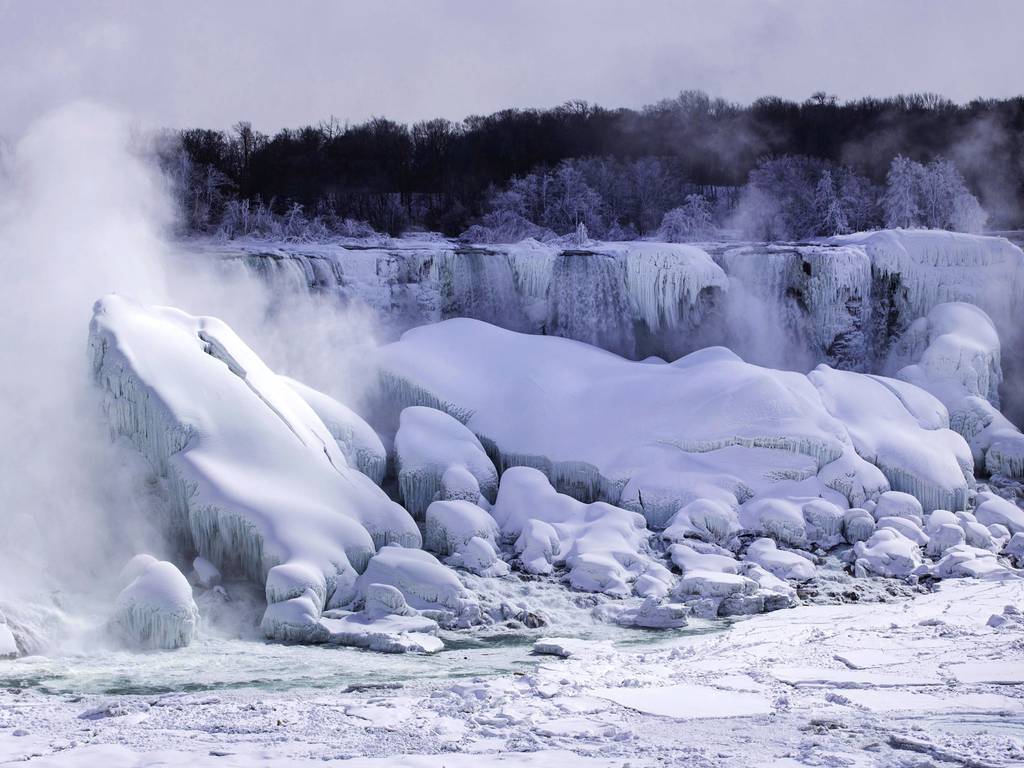 It is the latest in a series of weather systems to pummel the winter-weary eastern United States.
Brian Hurley, a weather service meteorologist, said temperatures would be about 30 degrees Fahrenheit (15 degrees Celsius) below normal as a cold front settled in from Great Plains to the Atlantic coast.

“It’s really, really cold, temperatures dropping into the teens (Fahrenheit, minus-7 to minus-10 Celsius) and the normal highs are around 50 (10C) at this point,” he said.
At least four weather-related traffic deaths in Texas, Oklahoma and Tennessee were blamed on the wide-ranging storm over the weekend.

0
I’m a relatively young man. I don’t consider myself wise but I do pay attention more than most people my age. Obviously none of...
Read more
Quotes

0
It's true that you can't do everything, but sometimes, you need some extra inspiration to put yourself out there and do the things that...
Read more
Fitness & Health

0
Summer is boozy. What do you do when its warm and sunny and you want to meet up with your mates? You go to...
Read more