Positive Vibes
Home Animals This Guy Was Fishing In The Amazon When He Came Across This... 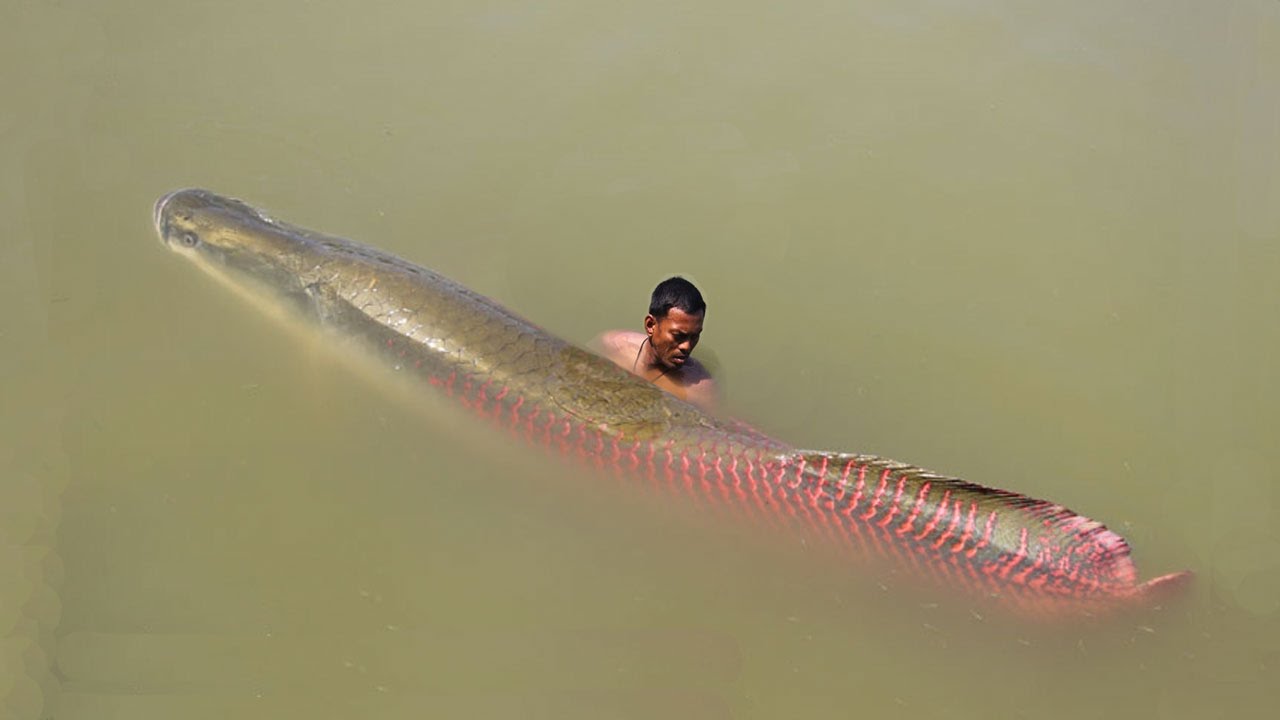 Have you ever had a dream that has made you wake up in a cold sweat? Did that dream contain a vicious sea beast that made the film Deep Blue Sea look like a bloody picnic? Well if, you’ll probably find this Amazonian discovery more than a little hard to watch.

We all know that there is more than goldfish in the waters of the Amazon, but the monster that emerged to these fishy fellows was something truly staggering. Called an arapaima, it is one of the largest freshwater fish in the world – which makes it all the more puzzling why these men were actively searching for it! I’d be paddling very quickly in the other direction.

Here is the moment that the monster arapaima revealed itself, giving hundreds of people nightmares all over the world. Good luck and happy viewing!

I once had a very scary run in with a sea creature while in a canoe in Tunisia, so I already have a healthy respect for the ocean. This Amazonian monster however has further enhanced my fear for the water. The only saving grace is knowing that my local canal is more abandoned shopping trolley than river monster.

0
Micah is 20 years old. He believes that his island of Kauai, Hawaii is the most beautiful place in the world; but that might...
Read more
Man's stuff

7 SMART ANSWERS TO SILLY AND IRRITATING QUESTIONS – By Jelena

0
Smart Answers I’m about to list here will definitely help you turn the same old boring routine around. In fact, I bet they will...
Read more
Photography

0
Once the first couple of holiday parties have passed, and the stress of shopping and travel kick in, the magic of Christmas starts to dull a little. Here you...
Read more