Home Amazing Brother Shows Him A Trick With Paper – Baby’s Reaction Has The... 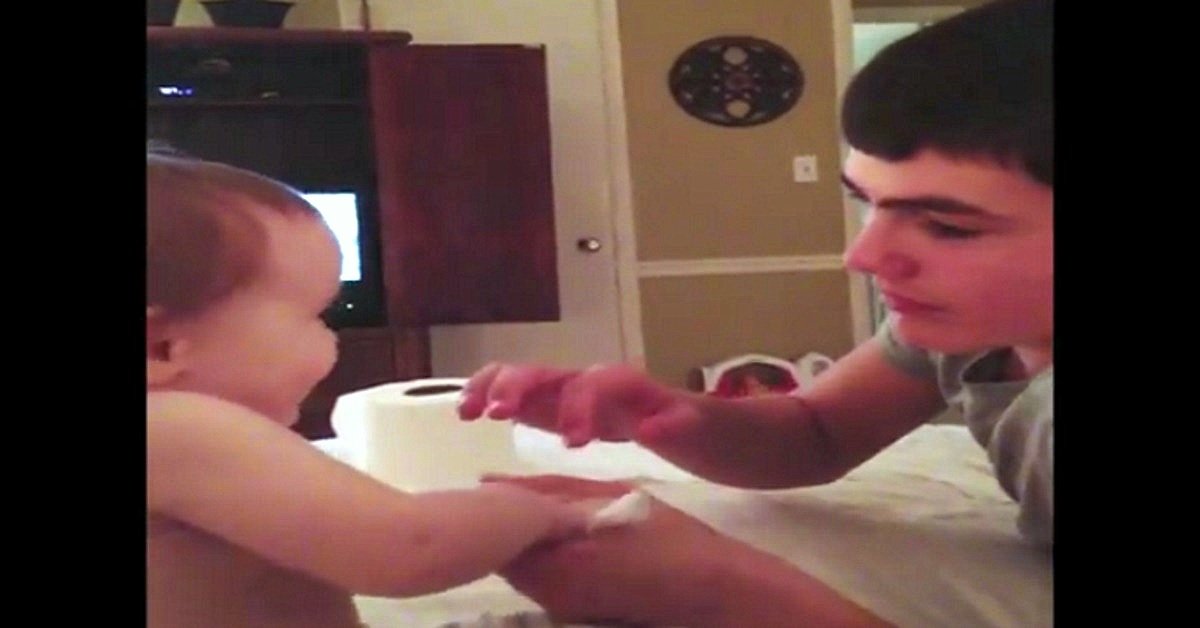 But baby’s innocence and joy shown in his reaction is worth more than gold. To keep baby occupied, big brother repeated his trick, and little baby boy only enjoyed the trick the more he saw it. It was like a complete mystery how the toilet paper disappeared every single time.

It took little effort on big brother’s end, but it was worth every second of his time to share the smiles of his little brother. It’s the little things in life sometimes that can make such a difference to others. An “I love you” is shown through little moments like these, and proves that actions speak louder than words – even if it’s taking the time for a simple magic trick.

These Five Guys Took The Same Picture Over 30 Years…You Gotta See What They Look Like Now!

0
Five friends from Santa Barbara, California go on vacation every 5 years to the same place to take the same group photo and they...
Read more
Life Hacks

0
You don’t have to be a famous chef to cook great food. However, it’s never a bad idea to learn some of the tricks...
Read more
Photography