Positive Vibes
Home Architecture and Design Dad Says He And His Son Live Inside This Gas Station. Now... 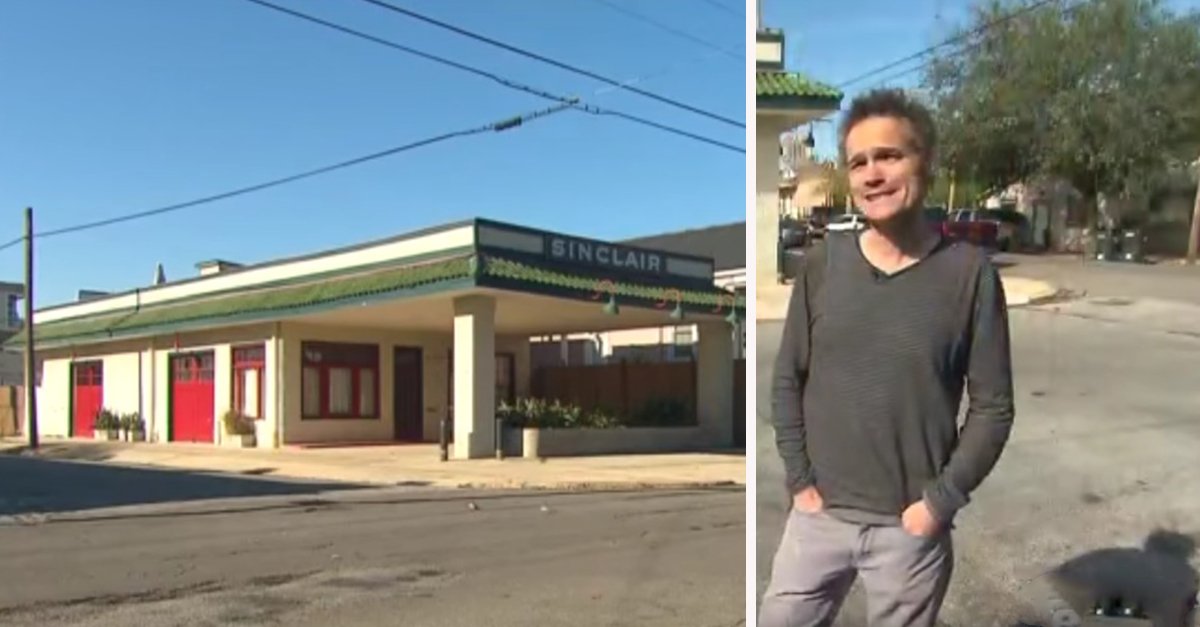 Robert Guthrie decided to do something bold. When he told his young son they were going to live in a gas station, even the little boy thought he was crazy. Still, Robert went ahead and bought the run-down gas station, nearly 100 years old, just outside of the French Quarter in New Orleans. What he did with it is jaw-dropping. Robert turned the 2,000-square-foot space into his proud home. However, he did so while also paying homage to the space’s prior life as Sinclair Gasoline. Everywhere in the house, you can see little touches of its past history. From the toy car decorations to the oil can holder turned toilet paper holder in the bathroom.

Robert added a roof deck, hydraulic-lift turned staircase, jacuzzi, and full modern kitchen. This just goes to show that we’re not limited to the options presented to us. Sometimes a regular house won’t do, and it’s creative folk like Robert who make the world a tad bit more interesting.

What do you think of this modern home with a vintage feel? Is a gas station a little too bizarre for you? Let us know in the comments!

Please SHARE if you think Robert’s home is pretty cool!

0
Effective Exercises to Lose Weight are an essential part of a healthy weight loss program. And just as eating healthy is essential, it’s important to exercise...
Read more
Self Improvement

This Elderly Gentleman Has More Style Than You’ll Ever Have

0
Meet Günther Anton Krabbenhöft. He’s an elderly German gentleman with more style than people half his age. He was recently photographed in Berlin near the...
Read more
Photography