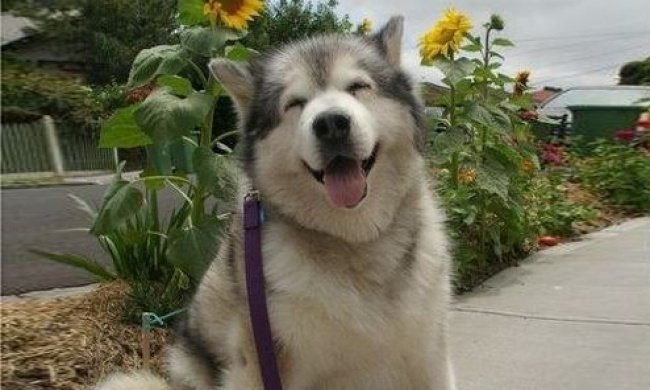 Rather than just offer you another round of photos, we thought this time we’d remind you of just how unusual and amazing are the lives of all the different animals which inhabit our world.

Here are 30 facts — some odd, some funny, some cute and some just incredible — about our smaller cousins you almost certainly never knew before.

Sea otters hold hands while they sleep in order to avoid being carried away by the current.

Squirrels plant thousands of new trees every year because they forget where they hid all of their acorns.

A male puppy will often let a female puppy win a game, even if he has a physical advantage over her.

This is what the paws of a lynx look like.

Tortoises can breathe through their behinds.

Cows have best friends who they spend most of their time with.

Penguins ’propose’ to other penguins by offering them pebbles as a gift.

There is a prison in Washington where the inmates help to socialise aggressive and unfriendly cats which can’t be given over to families. These cats would otherwise be threatened with being put to sleep because of their behavioural problems. The cats begin to be socialised by the love they receive from the inmates, which in turn offers the possibility that they might be rehoused.

Macaques in Japan know how to use coins in order to buy snacks from vending machines.

In Edinburgh, a knighthood has been awarded to a penguin. His full name is Sir Nils Olav.

In China, killing a panda carries a death sentence.

Show jumping competitions for rabbits are held in Sweden. The competition is called Kaninhoppning.

Dolphins give each other names.

Puffins have life-long mates. They build homes for themselves and their partner in steep cliffs and even set up a toilet nearby.

Scientists have determined that cows produce more milk if they listen to calming music. But they produce most of all when they hear ’Everybody Hurts’ by R.E.M. and ’Perfect Day’ by Lou Reed.

Oysters can change their sex depending on that of their mate.

Snow leopards cover their faces with their tail when they sleep in order to keep warm.

Japanese macaques play in the snow for fun.

There is a cat equivalent of the Welsh corgi: the Munchkin cat.

In some countries, prison inmates help to train guide dogs. Many of them claim that this helps them feel that they are atoning for their crimes.

Seahorses also mate for life. They latch on to each other by the tail when they swim.

Before a chick hatches from its egg, it communicates with its mother and other chicks with special sounds heard through the shell.

The nose print of every dog is unique and can be used to identify individual animals.

The jellyfish Turritopsis nutricula is the only known creature on Earth which lives forever.

Crows are clever enough to play tricks on each other.

Butterflies taste things through their legs.

Scientists have discovered that goats have accents depending on where they come from, just like humans.

Cats show their trust by touching a person with their forehead. This is also a cat’s way of letting you know that you are safe.

Squirrels adopt the children of other squirrels if they have been abandoned.

Japan’s Cat Island Asks Internet For Food, Gets More Than They Can Store

0
Aoshima, also known as Cat Island, is a tiny remote island in the Ehime Prefecture of southern Japan where cats outnumber humans 6 to...
Read more
Amazing

Pup Immediately Notices Something Different When They Get Home – Her Reaction Is Priceless!

0
Piper the husky spent three days away from her family, when finally she is picked up. They had just gotten home from the hospital...
Read more
Man's stuff