Positive Vibes
Home Architecture and Design How About A Boat House? No Land, No Taxes 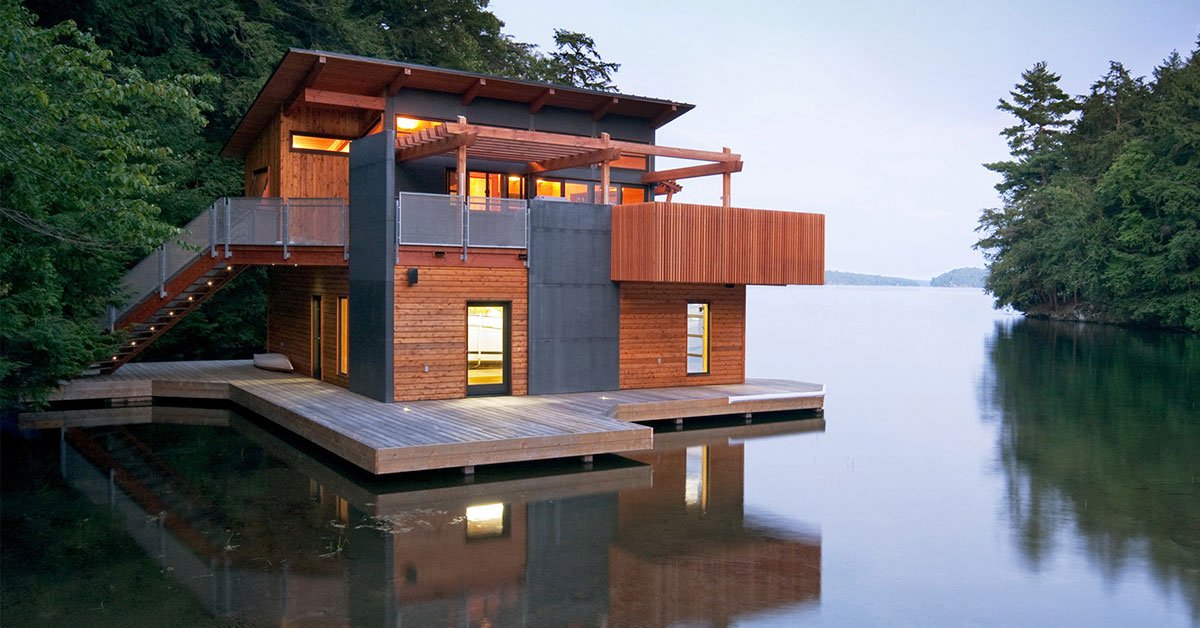 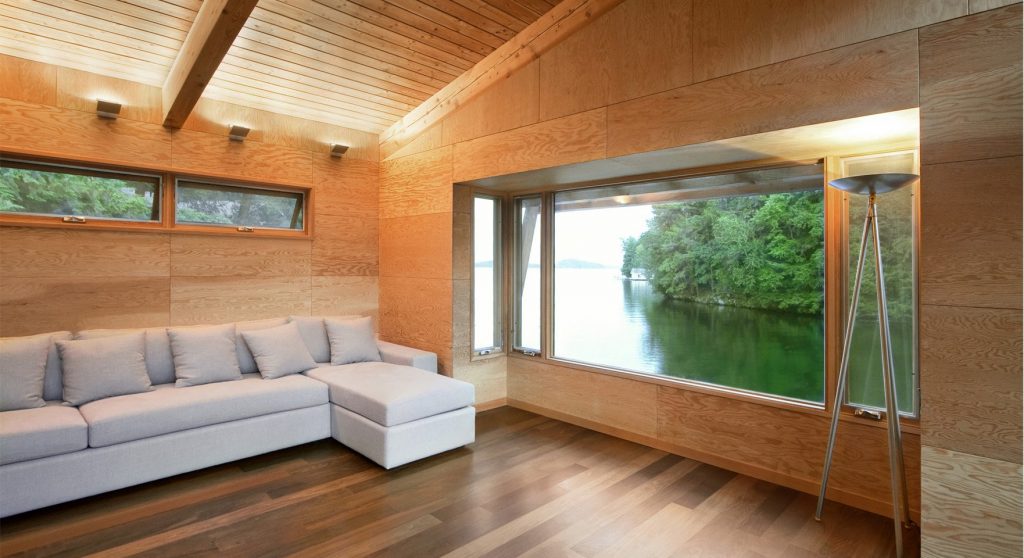 What kinds of advantages do you think of when having a home that sits on the water?  I suppose the location is everything when you consider that you don’t want big waves “rocking the boat.”  But aside from the fact that if you lost anchor, the wind could blow your house across the lake, there aren’t many drawbacks to living on the water.  If an earthquake strikes, you have a built-in earthquake buffer in the form of a water cushion, and it really shouldn’t bother you much.  If you wake up tired and forget where you are, I suppose accidentally walking into the water would do just as well as a cup of coffee. 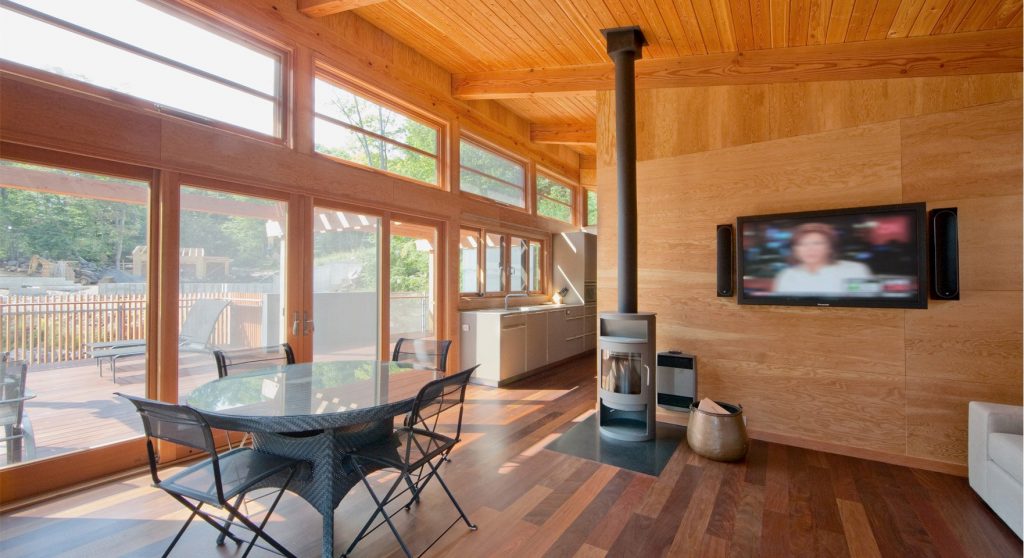 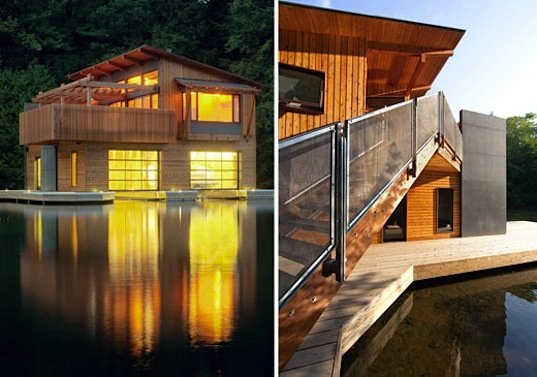 Finding a little secluded cove to park it in is part of the allure.  So often we see groups of water homes together as in Seattle, which takes away some of the appeal.  Having a boat garage inside makes trasportation a piece of cake, and as long as you have a place to park your boat and pick up your car, you won’t need to own any land or pay property taxes in most places. 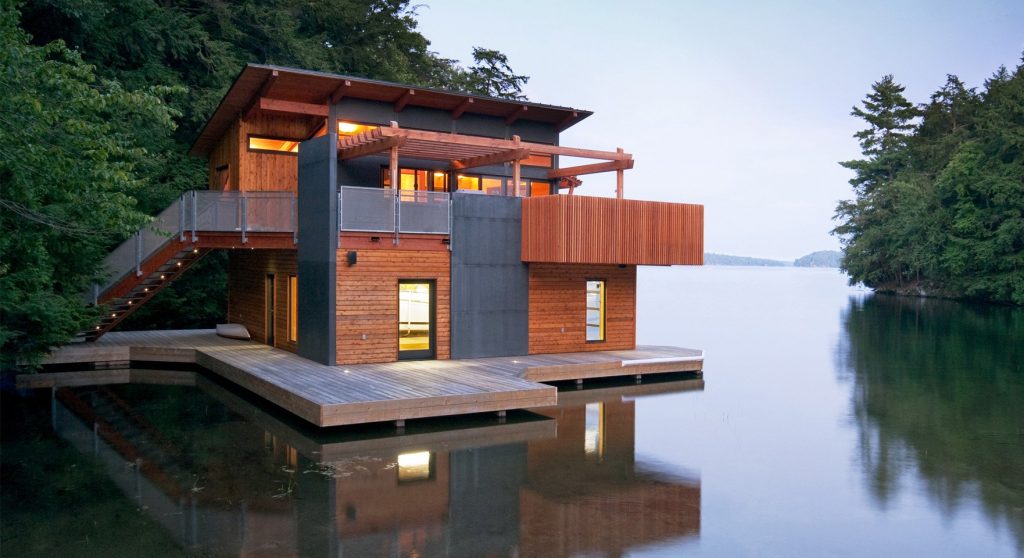 The original boathouse located on Muskoka Lake north of Toronto was feeling a little cramped, so the designer gave it a second story guest room and a roof terrace, and an overall minor upgrade that used very little in the way of new materials. 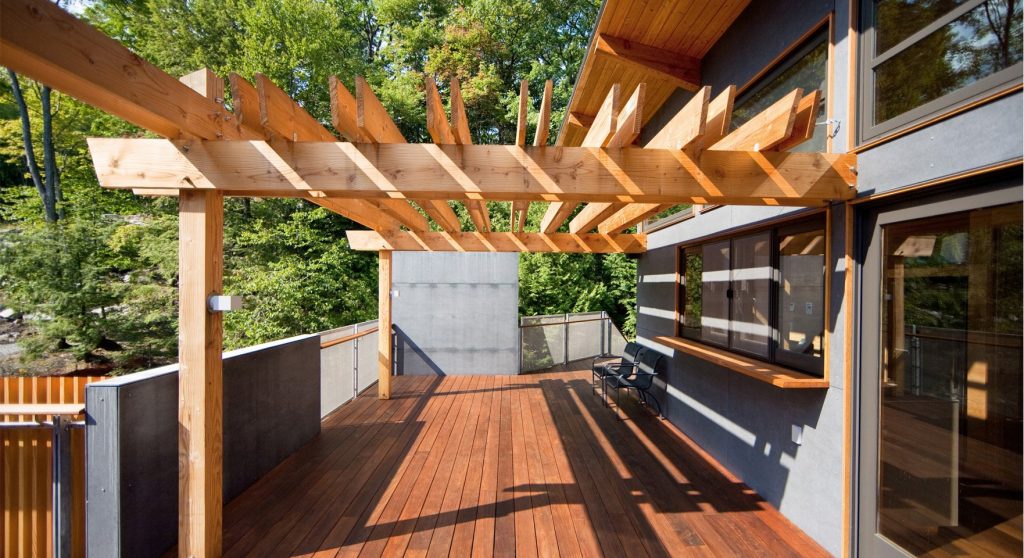 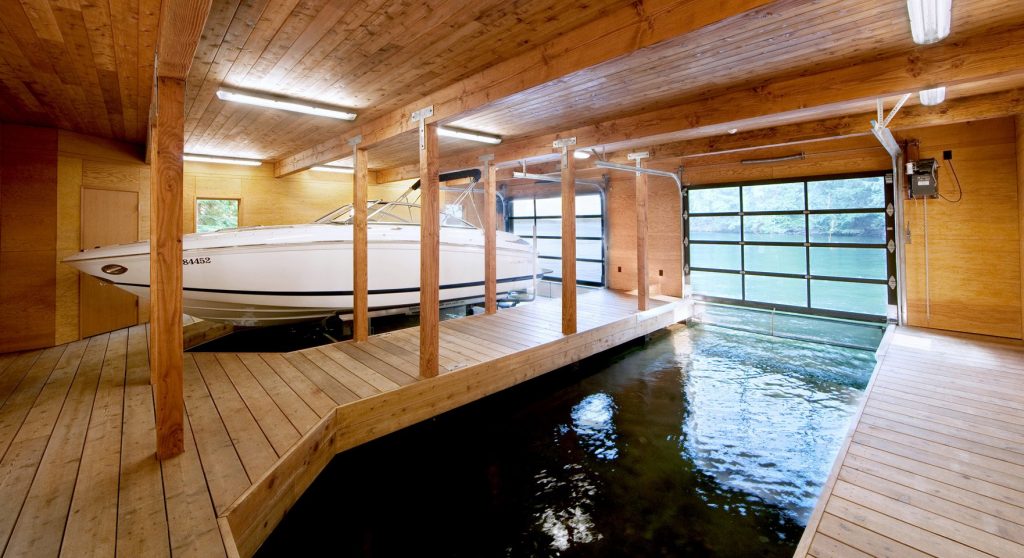 The new 600 square foot guesthouse on the Muskoka Boathouse’s second story has a kitchenette, living space, a washroom and a bedroom, and opens up to a new roof terrace. Situated at the end of a narrow bay, the home provides shelter from strong winds and traffic on the water.

14-Year-Old Girl Buys A House. Even Her Parents Were Stunned With Her Plans For It

When Lake Superior Freezes, Something Amazingly Beautiful Happens. This Is Like Art.

0
Lake Superior's Frozen Surface Is Hypnotic And Beautiful In The Winter Our world is a beautiful, wondrous place to live, which is why there are...
Read more
Photography

Every Year For 40 Years, These Sisters Gathered Together For A Photo

0
Nicholas Nixon was 26 years old when he began photographing the Brown sisters. It was August 1974, and he had been married to his...
Read more
Amazing

He Was Ashamed Of Himself For Being Disappointed With Her. But Then She Said This.

0
John Blanchard stood up from the bench, straightened his Army uniform, and studied the crowd of people making their way through Grand Central Station....
Read more