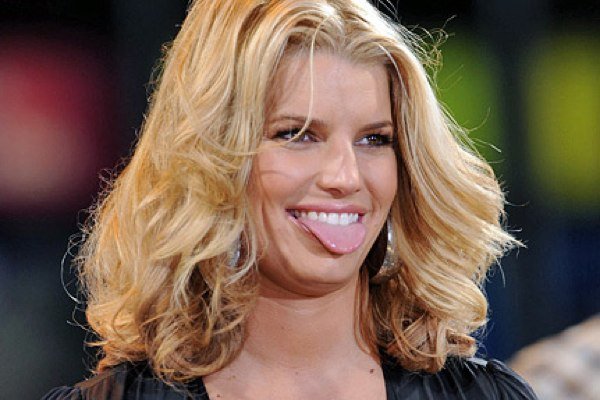 Coming from the woman who created the video “Like a Prayer.” Madonna, If you’re a good Catholic, then I’m a great priest!

2. “IF GOD HAD NOT INTENDED FOR US TO EAT ANIMALS, HOW COME HE MADE THEM OUT OF MEAT?” — SARAH PALIN

He also made humans, some of which educate for a living, but I see you didn’t take advantage of that. In my mind, Stupid Quotes make this woman who she is today.

That’s right Paris, they sell “wall stuff” and the next time you want to brush up on your pistol skills, I suggest checking out Target.

4. “IF THERE IS ONE WORD TO DESCRIBE ATLANTIC CITY, IT’S BIG BUSINESS.” — DONALD TRUMP

Wow really? With this Donald, you should run for president. If there is one word that I could describe you Donald, it would be Bad Comb-over. ONE WORD!

Beautiful (and very young) Brooke Shields said this during an Interview to become a spokesperson for a Federal anti-smoking campaign. Wow Brooke, you really know how to nail a job interview!

You’re right Tara, she is sounding like a rock scientist. But you, you are sounding more and more like an idiot. It’s “geologist.” Sheesh.

7. “WHEN YOU MAKE MUSIC OR WRITE OR CREATE, IT’S REALLY YOUR JOB TO HAVE MIND-BLOWING, IRRESPONSIBLE, UNSAFE LOVE WITH WHATEVER IDEA IT IS YOU’RE WRITING ABOUT AT THE TIME.” – LADY GAGA

Really? Mind-blowing, Irresponsible, that’s what you came up with when expressing your passion for music. I guess that explains your decisions on the Meat Dress. Lady Gaga proves you don’t need a publicist or stylist to make it in Hollywood.

8. “I THINK GAY MARRIAGE IS SOMETHING THAT SHOULD BE BETWEEN A MAN AND A WOMAN.” — ARNOLD SCHWARZENEGGER

Well said Arnold, and I think you need to re-take grade 3 English before you try to govern a state again.

9. “I’VE NEVER REALLY WANTED TO GO TO JAPAN. SIMPLY BECAUSE I DON’T LIKE EATING FISH. AND I KNOW THAT’S VERY POPULAR OUT THERE IN AFRICA.” — BRITNEY SPEARS

We have so much in common Britney. I too hate eating fish, It just feel so wrong to be eating a bird like that. Don’t get me started about what they eat in Africa, they are huge on sushi I hear!

10. “WHENEVER I WATCH TV AND SEE THOSE POOR STARVING KIDS ALL OVER THE WORLD, I CAN’T HELP BUT CRY. I MEAN I’D LOVE TO BE SKINNY LIKE THAT BUT NOT WITH ALL THOSE FLIES AND DEATH AND STUFF.” — MARIAH CAREY

I don’t think I’ll even comment on this one. In fear of the foot in mouth disease and becoming the next  Stupidest Quote talked about around the world. No thanks, I’ll pass!

As you can see, all the above celebrities are still very much making the millions. Therefore what they have proven to us all today, is that even after blurting out the Stupidest Quote of all time, popularity after stupidity is still in all our futures. What’s the stupidest thing you’ve said when it’s meant the most?

33 life lessons my son should learn

0
Often, when we hear words like “children” and “sacrifices,” it’s parents that first come to mind. Mothers and fathers give everything they have —...
Read more
Quotes

0
1. Be conscious of how much of yourself you give to them. Especially when all you give is unwanted and they end up withdrawing from...
Read more