Home Positivity The 45 Most Powerful Images Of 2011 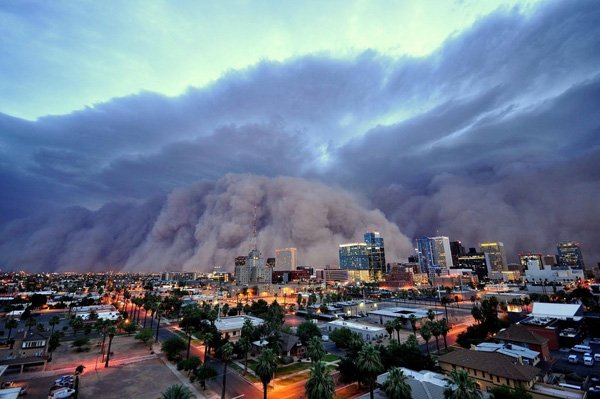 What a year it has been! Here’s to 2012 being a more quiet and less destructive

Robert Peraza, who lost his son Robert David Peraza in 9/11, pauses at his son’s name at the North Pool of the 9/11 Memorial.

A whirpool forms off the Japanese coast after the tsunami on March 11.

This sightseeing boat, Hama Yuri, was pulled 1300 feet from the coast and somehow balanced itself on a two story house during the tsunami in Japan.

Members of the national security team receive an update on the mission against Osama bin Laden in the Situation Room of the White House on May 1.

Two lights from the former site of the World Trade Centers shine for the 10th anniversary of 9/11.

Phyllis Siegel, 76, left, and Connie Kopelov, 84, both of New York, embrace after becoming the first same-6 couple to get married at the Manhattan City Clerk’s office.

A protester gets sprayed in the face with pepper spray at an Occupy Portland protest. (Randy L. Rasmussen/The Oregonian)

A before and after shot of Joplin, Missouri after a massive tornado on May 22.

Friends and loved ones gather at the Oslo cathedral to mourn 93 victims killed in twin terror attacks from a bombing in downtown Oslo and a mass shooting on Utoya island on July 24.

An aerial shot of the damage immediately following the Japanese tsunami.

A girl in isolation for radiation screening looks at her dog through a window in Nihonmatsu, Japan on March 14.

A man sits in front of a destroyed apartment building following the Joplin, Missouri tornado. (Reuters)

A University of California Davis police officer pepper-sprays students during their sit-in at an “Occupy UCD” demonstration in Davis, California. (Jasna Hodzic)

A mother comforts her son in Concord, Alabama, near his house which was completely destroyed by a tornado in April.

Firefighters of Ladder Company 4 — which lost seven men on 9/11 — perched together on their aerial ladder, watching a news bulletin in Times Square declaring that Osama bin Laden was dead on May 2.

Slain Navy SEAL Jon Tumilson’s dog “Hawkeye” lays next to his casket during funeral services in Rockford, Iowa. Tumilson was one of 30 American soldiers killed in Afghanistan on August 6 when their helicopter was shot down during a mission to help fellow troops who had come under fire.

A makeshift Steve Jobs memorial at the Apple Store in SOHO New York.

Cars are abandoned on Chicago’s Lake Shore Drive during the “Snowpocalypse” in February.

Facebook played an extremely important role in the uprisings throughout the Middle East.

84-year-old Dorli Rainey was pepper sprayed during a peaceful march in Seattle, Washington. She would have been thrown to the ground and trampled, but luckily a fellow protester and Iraq vet was there to save her. (Joshua Trujillo / seattlepi.com)

Australian Scott Jones kisses his Canadian girlfriend Alex Thomas after she was knocked to the ground by a police officer’s riot shield in Vancouver, British Columbia. Canadians rioted after the Vancouver Canucks lost the Stanley Cup to the Boston Bruins.

Billy Stinson comforts his daughter Erin Stinson as they sit on the steps where their cottage once stood on August 28 in Nags Head, N.C. The cottage, built in 1903 and destroyed by Hurricane Irene, was one of the first vacation cottages built on Albemarle Sound in Nags Head.

Flowers and tributes are seen outside the home of Amy Winehouse in London on July 24.

Office workers gather on the sidewalk in downtown Washington, D.C., moments after a 5.9-magnitude earthquake shook the nation’s capital. The earthquake was centered northwest of Richmond, Va., but could be felt from North Carolina to Massachusetts.

Mihag Gedi Farah, a seven-month-old child, is held by his mother in a field hospital of the International Rescue Committee in the town of Dadaab, Kenya. The baby has since made a full recovery.

A woman jumps from a burning building during the London riots in August. (Amy Weston / WENN.com)

Office workers look for a way out of a high rise building in central Christchurch, New Zeland on February 22. A strong earthquake killed at least 180 people.

A woman cries while sitting on a road amid the destroyed city of Natori, Miyagi Prefecture in northern Japan after the massive earthquake and tsunami.

A demonstrator shows his bottom to riot police during a protest by European workers and trade union representatives to demand better job protection in the European Union countries in Brussels on March 24.

A woman rebel fighter supporter fires an AK-47 rifle as she reacts to the news of the withdrawal of Libyan leader Muammar Gaddafi’s forces from Benghazi on March 19.

Police spray Ugandan opposition party leaders with colored water during demonstrations in the capital Kampala on May 10.

A student is punched in the face by a police officer in Chile. Students in Chile are demanding a new framework for education.

An aid worker using an iPad captures an image of a dead cow’s decomposing carcass in Wajir near the Kenya-Somalia border on July 23.

A Libyan rebel is pictured with Gadhafi’s golden gun.

Harold Camping speaks about the end of the world. The world was supposed to end on May 22 of this year.

A phone hangs off the hook on Wall Street.

US gay service members march in a gay pride parade for the first time ever.

A woman hangs onto a street sign in chest deep water along the flooded streets in Rangsit on the outskirts of Bangkok on October 24.

A distressed bride attempts suicide in China after her fiance abruptly called off their marriage. Still in her wedding gown, she tried to kill herself by jumping out of a window of a seventh floor building. Right as she jumped, a man managed to catch and save her.

A U.S. Army soldier takes five with an Afghan boy during a patrol in Pul-e Alam, a town in Logar province, eastern Afghanistan.

0
Facebook, Twitter, Instagram, email… it seems as if our day is not complete if we don’t spend a few hours immersed in these rabbit holes,...
Read more
Amazing

Mom Notices A Strange Symbol On Her Child’s Toy. The Police Now Warn All Parents To Be Aware Of These Horrifying Signs.

0
A mom in New York recently discovered something horrifying when she returned home from a monster truck rally. At the rally, mom Nicole had bought...
Read more
Self Improvement

16 Poisons To Your Happiness