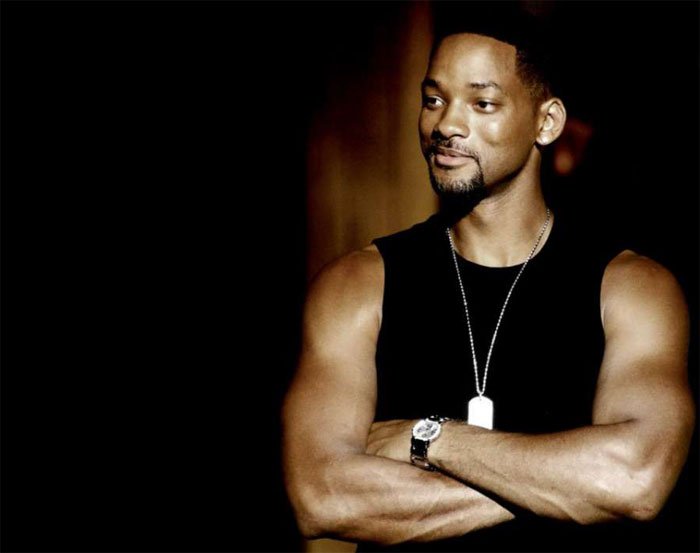 Willard Christopher Smith, Jr. is one of the most successful actors alive today. He has enjoyed success in music, television and film. He has been called the most powerful actor on the planet.In the late 1980s, Will Smith became famous through his music, and through the tv-series “Fresh Prince in Bel-Air”. He’s always been an inspiration to me, plus it doesn’t hurt that most of his movies are way above average.
He was born in Wynnefield, West Philadelphia, U.S. He is currently married to actress Jada Pinkett Smith.

Now that we have some of the background information out of the way, let’s jump right into the life-changing quotes:

“Everybody is ignorant, only on different subjects.”

We all have something to share. We all have at least one passion that we can follow. Comparing yourself to someone else doesn’t work. We’re all ignorant, yet we’re all geniuses in our own way.
You can sit there and make excuses and feel sorry for yourself all day, but it won’t change anything. Start taking action now and doing what you think your passion is. It may change with time, but the important thing is to get going.

“If it was something that I really committed myself to, I don’t think there’s anything that could stop me becoming President of the United States.”

Belief in yourself is vital if you want to do anything in this world. Of course, we all doubt ourselves. We get frustrated when things go wrong, but when you’re determined to go after the life you want, you will grow stronger and stronger with time.

Life has its ups and downs. You will go through your fair share of bad, and good. There’s nothing wrong in admitting that. Accepting it and saying yes to the pain will help you transcend it.
It seems counter-intuitive, but the more you resist whatever it is you are resisting, the more it stays put.

“Too many people spend money they haven’t earned, to buy things they don’t want, to impress people they don’t like.”

We’re too focused on material things. We care too much about what others think, and we think buying more stuff will make us happy.
More and more people are waking up to the fact that this simply doesn’t work. This shift happens once you’ve indulged yourself in materialism and have had enough.

And his grandmother was spot on. It’s easy to let both success and failure affect you too much, but both will come, and both will pass.
It seems stupid to not take advantage of success, but I’m not saying not to enjoy it. I’m saying to be calm, and not go crazy.

“I don’t know what my calling is, but I want to be here for a bigger reason. I strive to be like the greatest people who have ever lived.”

Even Will Smith doesn’t know what his calling is, but he keeps doing what he loves. He’s continually evolving. He’s done TV-series, music, movies and a lot more.
You do not have to know exactly what your passion is, or what you will be doing ten years from now. Do what you love. Take one day at a time.
Start now.

“Throughout life people will make you mad, disrespect you and treat you bad. Let God deal with the things they do, cause hate in your heart will consume you too.”

There’s no need to get hung up on what ifs. It will only end up consuming you and wasting your energy.
Focus on releasing all the stuff you’re keeping inside of you.
It’s easier said than done, I know, but it will make a big difference in your life. You’re here to do what you love and to follow your passion.
Always remember that.

33 life lessons my son should learn

0
Bolivia's North Yungas Road, more commonly known as ‘El Camino de la Muerte’ or ‘The Road of Death’, is said to be the most...
Read more
Amazing

0
Treat others as you want to be treated - and remember, your good deeds will be rewarded, sooner or later. This old adage may...
Read more
Self Improvement

0
Do you ever get frustrated that the world seems to be on a downward spiral? It’s easy to feel helpless in the face of...
Read more