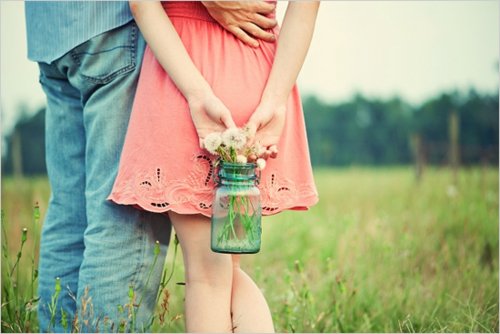 A man likes a girl that is stable, a girl that can not only commit to plans, but one that is willing to make them. What men want in women is similar to what their mothers are and stability typically brings them back to their childhood. So ladies, does that match up with your need/want of a man that’s table?

Believe it or not, guys actually like to be surprised girls. They like the anticipation and they like a girl who is willing give them a surprise once in a while. This is absolutely one of the top ‘what men want in women‘ things! So – pull out the flowers and try to woo your man!

This actually goes hand in hand with the surprises. A guy is looking for a girl that knows how to impress him. This is not just a girl that can impress him with surprising him, but also with her wit, sense of humor (which we’ll get to later!) and even a bit of sarcasm! So ladies, what a man wants in a woman is be able to hold her own and to be a little sassy!

I’m sure that you’ve heard the ‘confidence is key’ line before right? Well, it’s actually true! Guys understand that we are sensitive creatures and that we are insecure sometimes, but confidence is definitely one of the most attractive features to a guy. So, before approaching that hottie at the bar, give yourself a little pep talk and stroll on over there like you own the joint!

Ladies, you’ve got to learn to take a joke! It’s a known fact that guys actually look for a girl that knows how to let loose and that has a really good sense of humor. After all, who would want someone that is serious all the time and doesn’t joke back? So girls, lighten up a bit and give his sarcasm right back to him!

Finally, what a man wants in a woman all revolves around trust. Remember, you don’t want a relationship that is going to be based on lies, you want a man you can trust too right? That’s all a guy is looking for. He wants a girl that he can trust his life with as well as all of his secrets and confessions!

Now that you know exactly what a man wants in a woman, what do you think ladies? I know all of us have those qualities, we just have to highlight them! So – the next time you are on a date, showcase how confident you are or how awesome your sense of humor is!  🙂

Her Husband Buys A Plot Of Land, Then She Finds A Tiny Cabin On The Property…

0
Wife Builds Her Own “She Shed” And Now I’m Totally Jealous This is the story of how one woman turned an old hunting cabin into...
Read more
Amazing

He Loves Super Hit “Uptown Funk” So He Transforms 66 Classic Movies Into A Music Video. AMAZING.

0
Mark Ronson’s super hit “Uptown Funk” was perhaps the most played song around the world in 2015. In this clip, immortal dancing legends such as Gene Kelly, Shirley...
Read more
Quotes