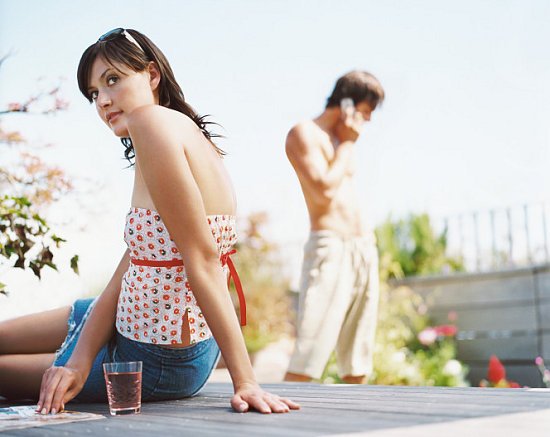 Reasons Why Men Leave can be puzzling! A guy can be all over you one second and the next, he’s out the door. Guys are questionable sometimes, but below, I’m going to detail out the top 7 reasons why men leave their girlfriends and what goes on in their heads! After all, you would think, there’s gotta be some substantial reasons why men leave right?

I hate to break it to you, but sometimes, one of the reasons why men leave is because they are cheating on you. I’m not saying every guy cheats, nor am I saying that this is one of the top reasons why men leave, but it does happen. If you suspect that your man is cheating, bring it up to him, talk to him about it and see what happens.

If you’re insecure about your guy leaving you and you’re constantly trying to make him jealous to prove that he likes you more – it could be one of the reasons he leaves you. Guys like to feel secure in their relationship and if a girl is constantly boiling up jealous feelings, it can make a lot of tension. So ladies, chill out on the jealousy and just be secure in your relationship!

Typically, when a guy actually enters into a relationship and things get serious, he constantly is seeking his girlfriend’s approval. If you’re constantly indifferent and don’t get excited when he is, it could mean that he is on his way out the door. Remember, a guy has a really sensitive ego, so make sure that you give in sometimes and mirror his moods!

Nagging in a relationship is going to happen. It’s one thing to nag though and another to constantly nag about everything. The Better Half and I have this discussion all the time. Ladies, if he’s doing or not doing something that you need, talk to him about it in a calm way, don’t nag him about it constantly.

Bad days happen to everyone. I had one recently that was just horrific! If you are constantly having bad days though and are constantly negative, it might be time to stop taking it out on your man and to take some much needed girl time!

Finally, if your man is feeling ignored, if he is feeling that he isn’t appreciated, it’s definitely one of the top reasons for him to leave. Men like to know that their women love them and that they are appreciated! So ladies, show ‘em some love!

There are tons of reasons why men leave, but these are the top 7. If you have a feeling that your man might be looking for a reason to leave, take a look at this list and see if these are any of the reasons!

9 Smart Ways to Get Your Relationship Back on Track

0
I’m sure you all know that sometimes even the happiest and strongest relationships hit a bumpy road and even though love is the most...
Read more
Quotes

The children and their Pets