Positive Vibes
Home Amazing Driver Finds Mom Nearly Frozen To Death On The Road. Then She... 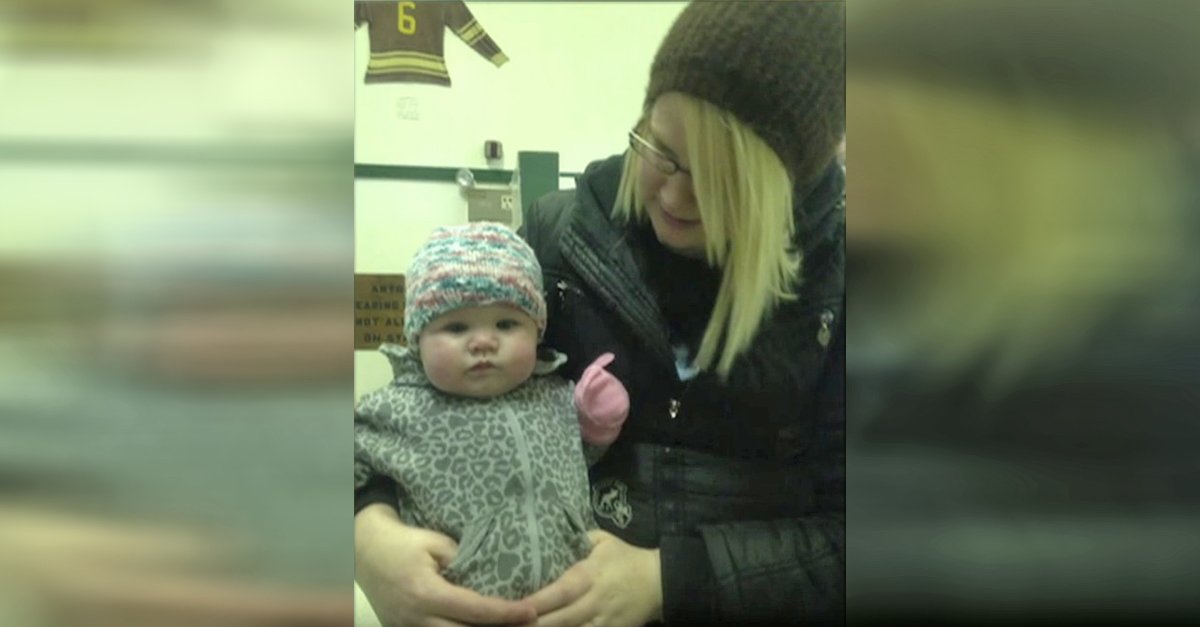 When Tina Dubyts was driving in the blistering cold, it was like something told her to stop. Tina says that she didn’t really see anything along the highway guardrail, but something got her attention. She pulled over and saw Kristen Hiebert. The woman was clearly injured and in a state of shock.

“I didn’t actually see anything, but something got my attention,” Tina told CBC. “She was in shock. She was obviously frozen. She just kept talking about her daughter.”

Kristen’s hair was white from frost, her hands were frostbitten, she was wearing nothing but socks, a hoodie, a jacket and jeans in 3° F weather. Kristen and her 4-year-old daughter had been in the cold for 12 hours. They were slowly freezing to death in a ditch, after the mother’s car slid off the highway. Her car wasn’t visible from the road. The mother had climbed to the rail, trying to get anyone’s attention even with frostbitten legs and hands, and two broken arms and a leg. Tina then saw 4-year-old Avery in the fetal position, she looked dead.

“All I said to 911 was ‘I think we need the Jaws of Life,’ because I didn’t think that little girl was going to be alive in there,” Tina said. However, thanks to Mom, Avery survived. She was wrapped in a blanket in the backseat of the car. She had a few scrapes and one of her legs is frostbitten, but she was alive.

“She’s the hero. I don’t know how she went through all that pain,” Tina said. “She had the will to live, that girl.”

See more of this story below, and please SHARE if you think fate brought Tina to that road that night!

0
Taking a quick look at found I ran into a picture of a dog, which reminded me of my long gone buddy. Those were...
Read more
Animals

13 Head-turning Photo spheres from around the World

0
Earth is one big and beautiful blue orb and panoramic photography really shows it. If you suffer from wanderlust, these images will make you...
Read more