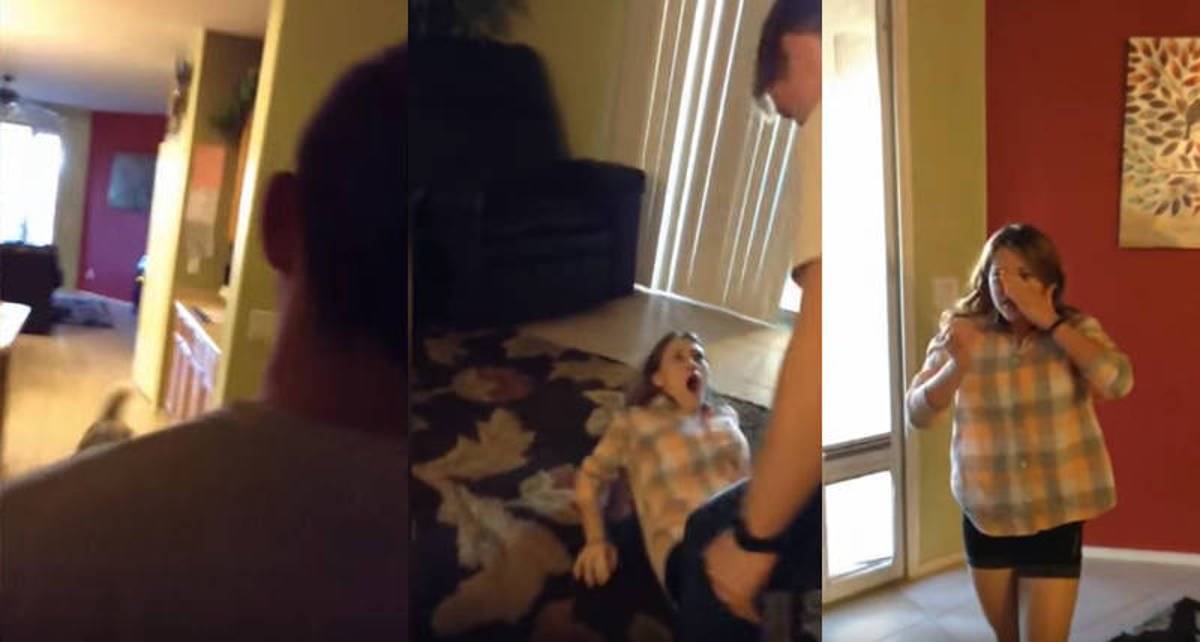 Shane Rader was away from his sister and brother Elizabeth and John while he was stationed in Italy such a great distance from his home in Gilbert, Arizona. Elizabeth his sister was watching the television in the family living room at their home when the family dog tried to alert her that there was someone in the house by barking loudly, but Elizabeth didn’t think much of it.

until she had the shock of her life and an incredible reaction when she discovers right at the last moment who is standing over her.

The siblings had been incredibly close as children and it was hard on both of them having such a great separation between them for such a long time.

Shane finally was able to come home and having had such a tight bond with his sister he and John decided plan a sneaky surprise for Elizabeth and not tell her.

Watch what they did in the video below, and see Elizabeth’s priceless reaction…

0
For two years now we’ve spent all of our spare money to travel to filming locations of our favorite films and TV shows, and do...
Read more
Photography

What are the best photos taken from an airplane according Quora?

0
Let’s face it, window seat beats aisle all the days of the week: first of all you don’t have to deal with annoying passengers...
Read more
Photography