Everything in life is matter of balance!! Eskil has spent his entire life living on the edge creating art that makes a difference. The goal is not just to leave an imprint on mind. The goal is to move boundaries, inspire and show humans all over the world that anything is possible. 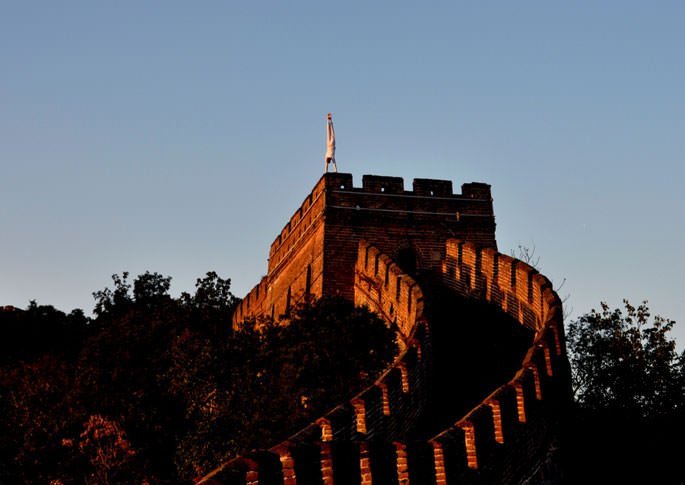 Eskil Rønningsbakken is an extreme artist from Stange, Norway. Rønningsbakken travels the world performing balancing acts at the tops of lethal drops, such as canyons and cliffs.His feats include tightrope walking between two hot air balloons in flight and doing a handstand on a pile of chairs balanced on a rock wedged in a crevice between two cliffs that were 3,500 feet tall. He practices yoga, meditation, and breathing techniques to stay focused, and prepares extensively for each act.
Rønningsbakken joined the circus at the age of 18, but has been practicing in various forms since the age of five, where, as the youngest of three children, he spent his time in the Norwegian countryside climbing trees and playing on rooftops. At an early age, when watching television, he was inspired by footage of an Indian yogi balancing, and decided to devote himself to the art. He later improved his craft under the tutelage of Moscow State Circus trainer Peter Jakob. 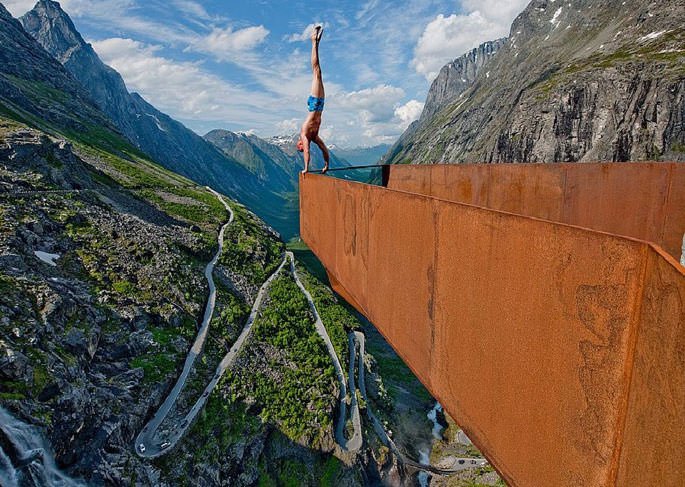 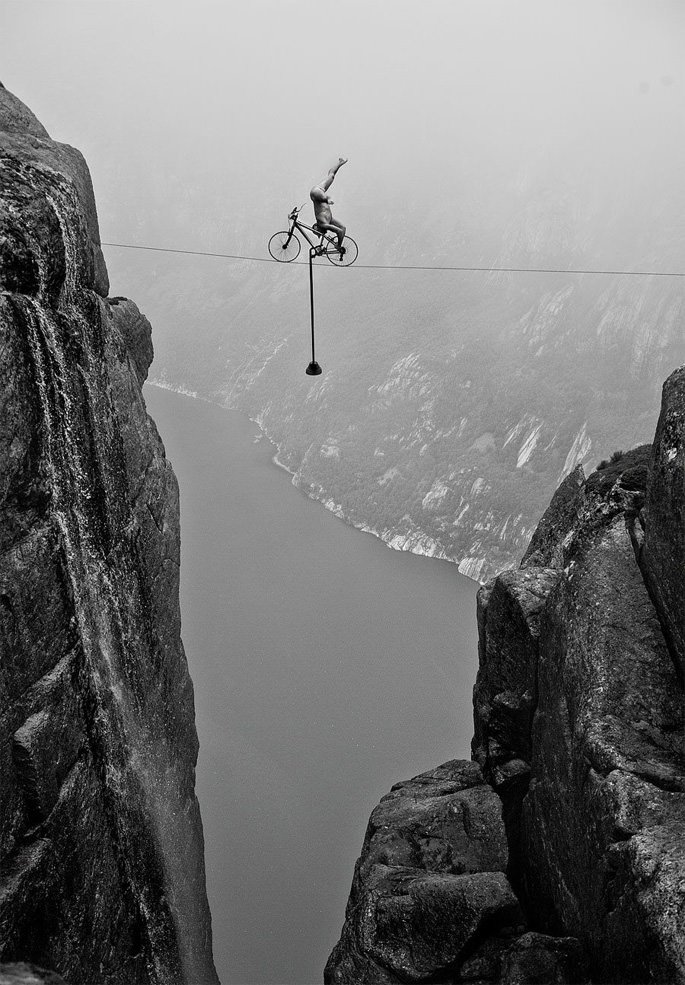 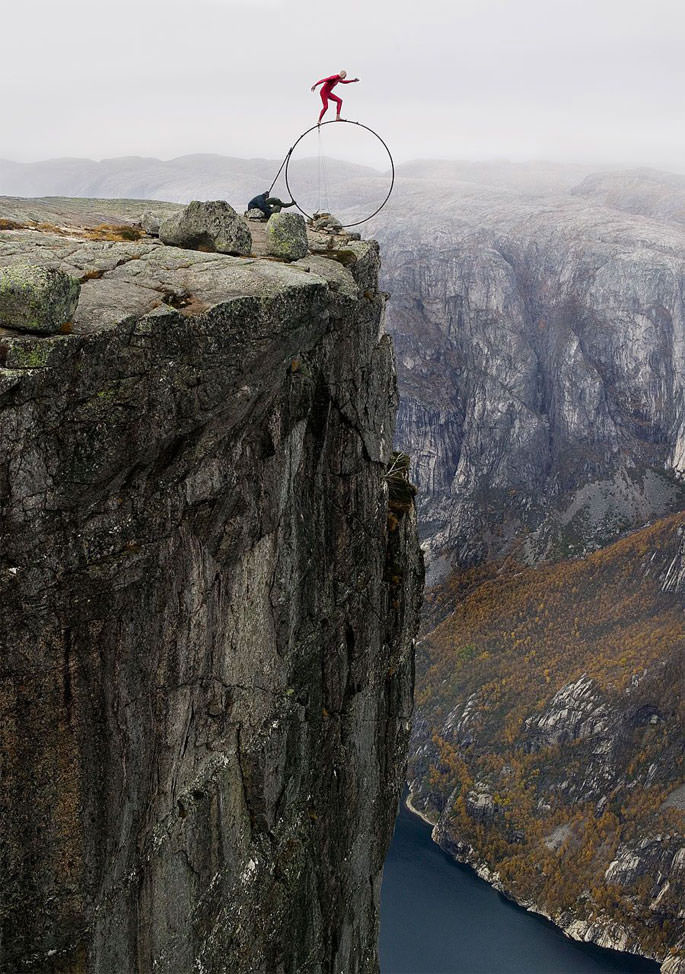 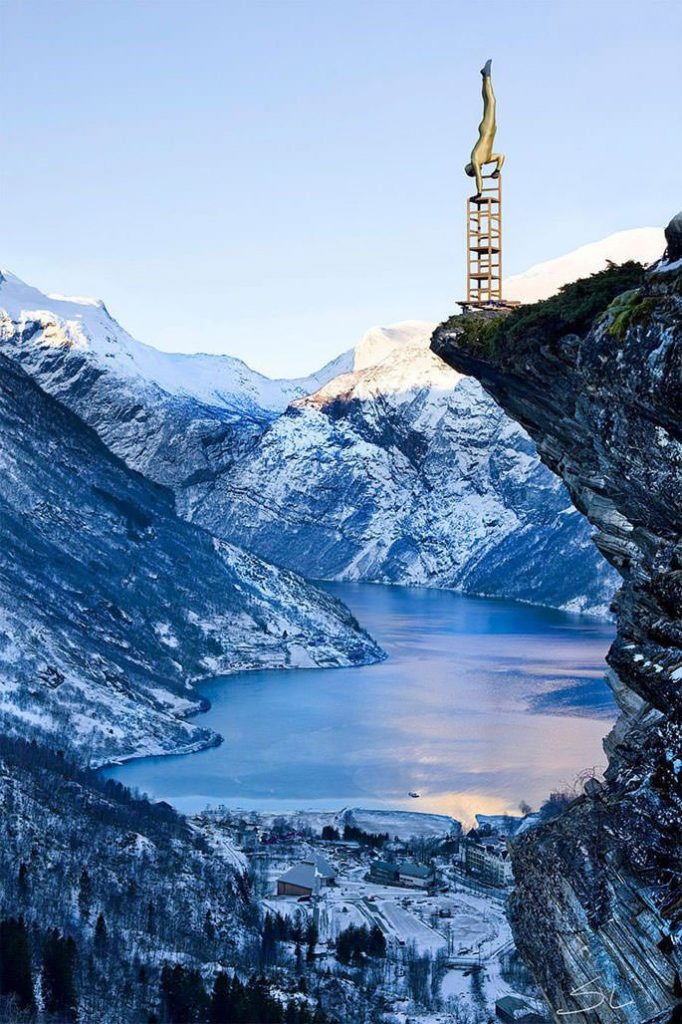 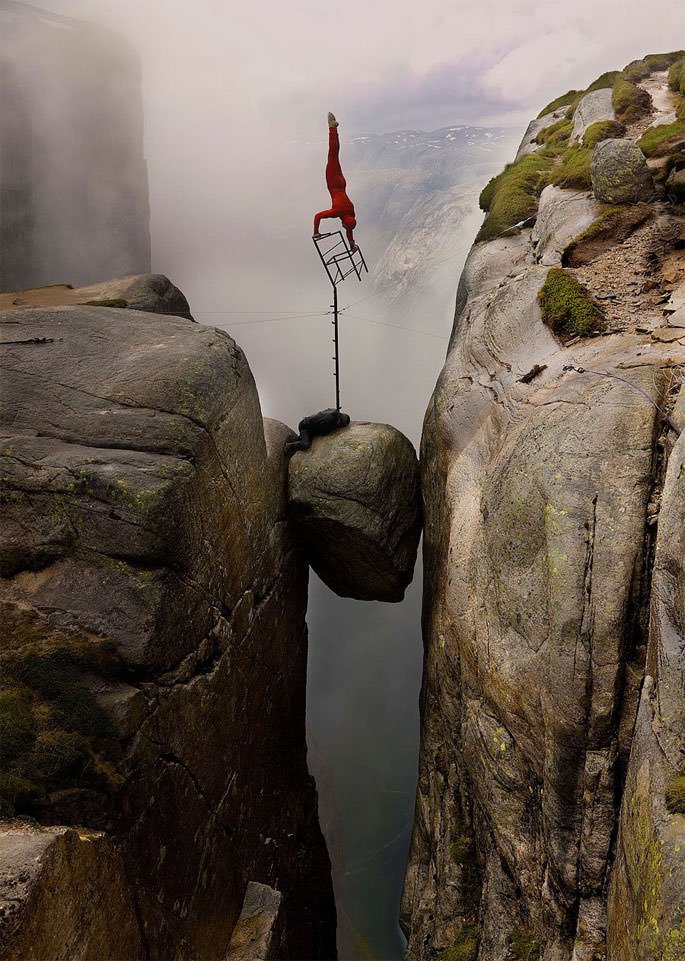 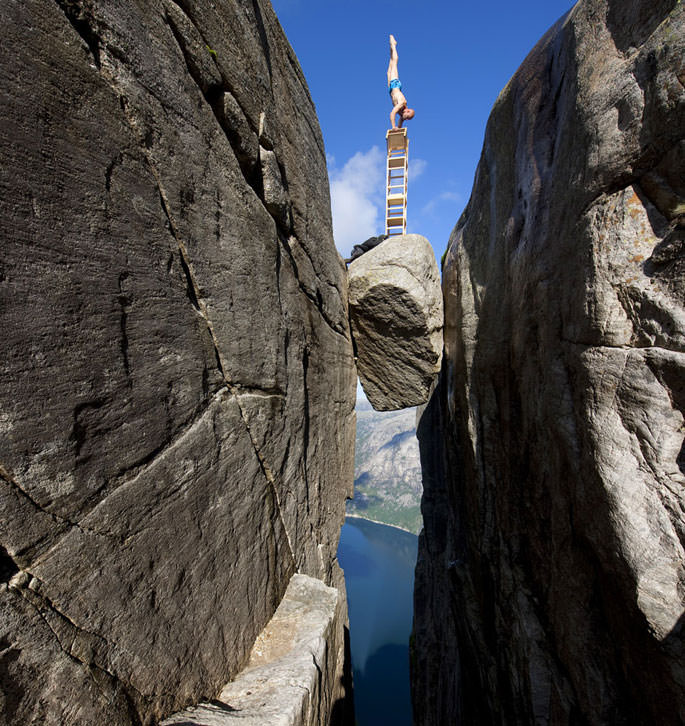 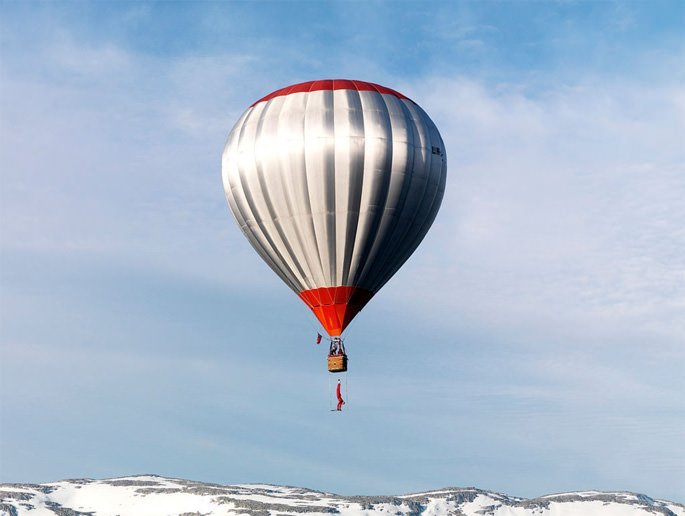 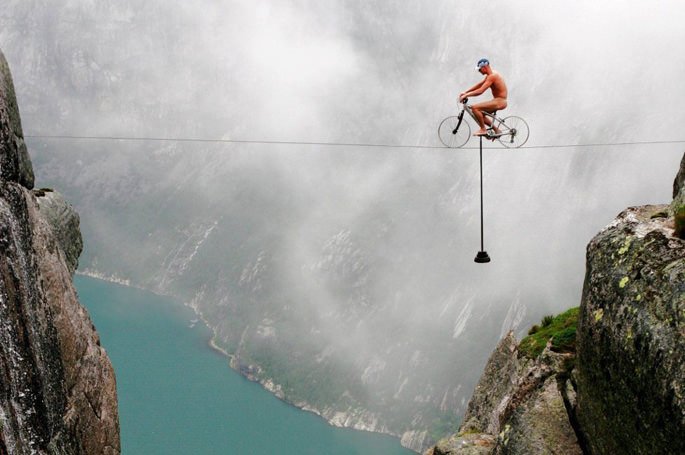 Rønningsbakken is currently working with a film crew, creating a documentary to be shown in Scandinavia. To allow filmmakers to obtain enough shots, he often had to perform the feats dozens of times. He has also begun to teach others his techniques, such as Kenyan student Moses Wepukhuli. Rønningsbakken has visited the slums of Nairobi in the hopes of inspiring lifelong confidence in the youth by teaching them acrobatics.

Rønningsbakken’s current goal is to perform a one-handed handstand at the top of the Burj Khalifa in Dubai, which, as of January 2010, was the tallest man-made structure ever built. Explaining his motives, he says, “When you only have five fingers touching the building, you feel like you are flying.” Experts expect wind speed will affect his ability to perform safely, as the building sways slightly in high winds.
Not just that. Check out his last video while he is performing this crazy drive. Eskil riding a bike backwards at 80 km/h Trollstigen Norway. Crazy!

0
Are you ready? Because this baby’s reaction to the phrase “the end” will be the most precious thing you see all day: For this little bookworm,...
Read more
Positivity

0
It's no secret — 2013 was the year of the photobomb. With time-tested classics like, "Guy walking in front of proposal" and "Zach Braff...
Read more
Animals

The 20 most perfectly-timed photos you’ve ever seen

0
Sometimes, we feel like we’re living our lives too fast: we rush through time and space minding our own business and not noticing all the amazing...
Read more