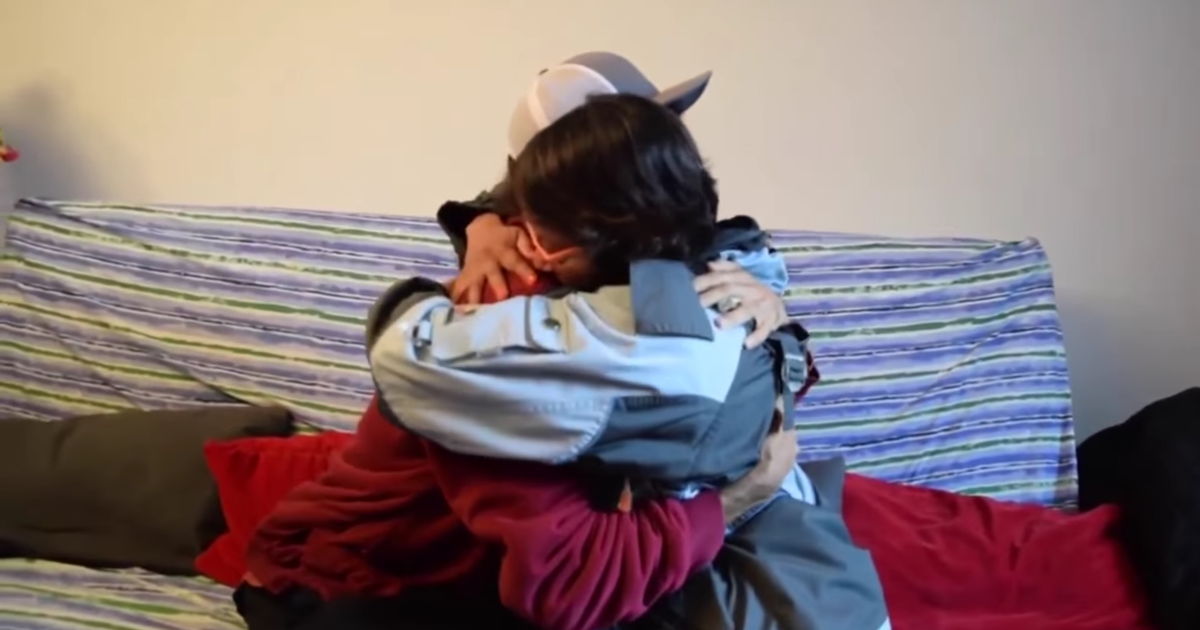 After Brice Royal was diagnosed with an intestinal tumor, he took to Craigslist to make an ad selling “unconditional love” for $0. Royer described himself as a cancer patient who believed love could heal him.

What he didn’t know, though, was that one of the prospective “buyers” was going to be a homeless single mother. Francesca Murray was inspired by his attitude and so she found Royer on Facebook, where they made plans for her to come and cook dinner at his British Colombia, Vancouver home.

When Royer found out that Murray was homeless, and that she often gave away any extra groceries she had to women in her shelter, he decided to set up a fundraising campaign to help her. His ask was $100. Instead, he got over $2000.

“Because she is homeless and yet she wanted to help me, I was so inspired by her and wanted to pay it forward,” Royer told TODAY Parents. “I learned sometimes it’s those with the least who are often the most generous.”

Royer and Murray used the money to donate over 250 meals to the shelter. But he wasn’t done there: when he found out that she had to be out of the shelter by February of 2016, he started another campaign to help get money together for a sustainable home that Murray and her daughter could move into. The goal is to raise enough money for the tiny, solar-powered home by December 25th.

Royer posted a video on Gift Economy International where he presents Murray with the surprise.

Royer is close to his goal! If you’d like to donate, you can go to this page.

0
Anyone who has ever been to the beach has probably tried to sculpt a simple sand structure of some sort. Well leave it to the...
Read more
DIY Ideas

She Flattens An Ordinary Cereal Box – Her Next Step Is Absolutely Genius.

0
Brilliant Ways To Upcycle Old Cereal Boxes After you eat the cereal, don't throw away the box! The cardboard can be upcycled into awesome organization...
Read more
Arts