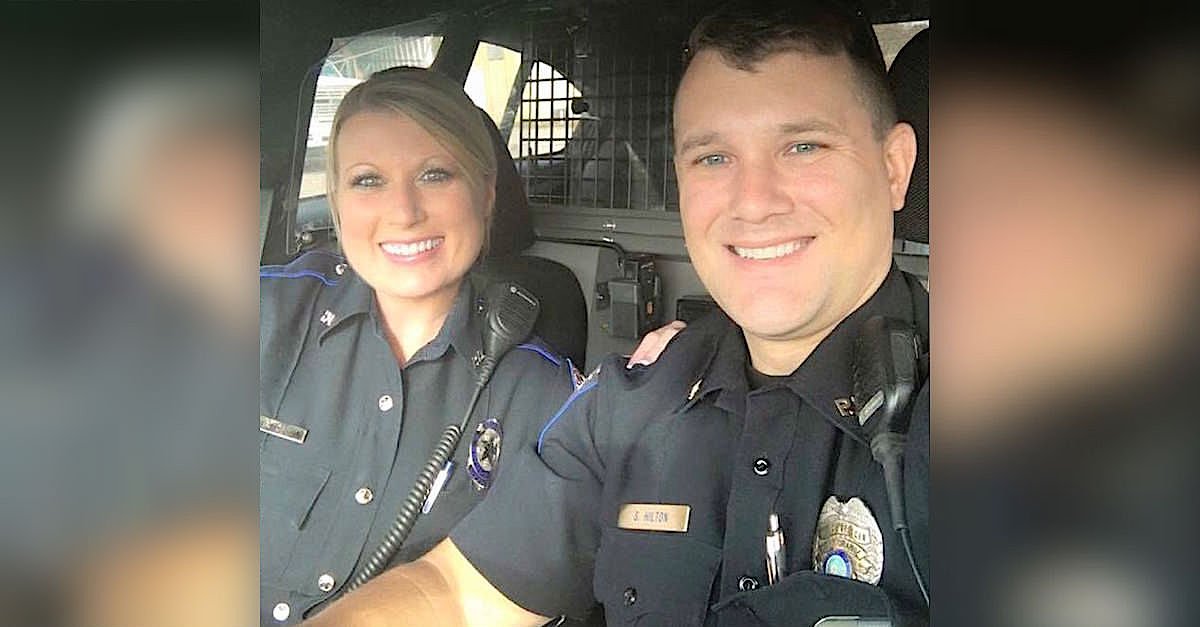 Recently, there has been a lot of negativity surrounding law enforcement in the United States. In response to the hateful comments, Officer Brittany Beard Hilton posted a photo to her Facebook page — never expecting it would go massively viral with over 100,000 shares.

The photo, at first glance, is pretty simple. It shows her and a fellow officer in uniform. Brittany starts by saying, “All you may see in this photo is two smiling police officers. But there is more.” You see, Brittany is posing in the squad car — and next to her is her husband, Steven, who also works as a police officer in Texas. Brittany and Steven have four daughters to raise, and this photo was taken on Thanksgiving Day. They spent the holiday protecting the people of their city instead of spending it at home with their family.

Like so many law enforcement officers, Brittany has become the brunt of online threats. Some people have even told her that she deserves to be shot in the head, just for being a cop. But instead of perpetuating the hate, Brittany continues to pray for them while Steven says he understands that some people have had bad experiences with police. Once she posted her photo online, however, support for law enforcement officers began flooding in.

When Brittany was 3 years old, her mother was murdered; growing up, she was driven by the need to help and serve others, and that’s why she became a police officer.

Scroll down to see the viral photo for yourself, along with Brittany’s message for the public… H/T: 12 News 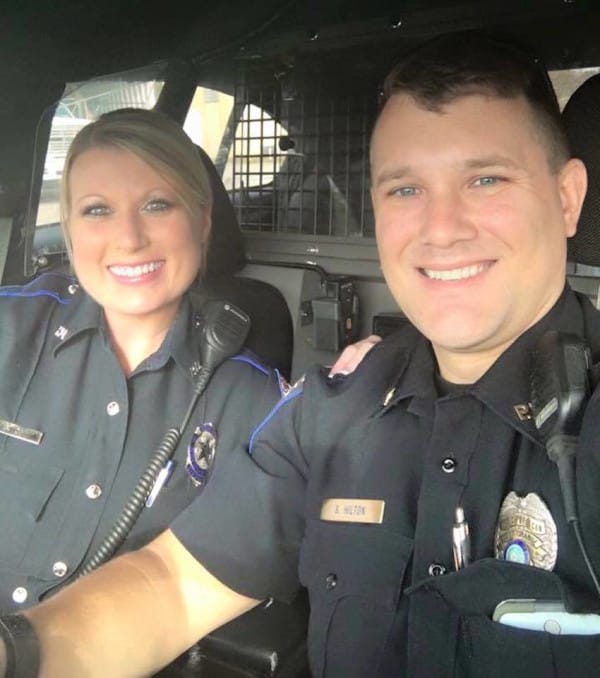 “All you may see in this photo is two smiling police officers. But there is more. We are husband and wife, parents to four beautiful girls, we are a son and a daughter, a Brother and sister, a grandson and granddaughter, a Niece and nephew. (Steven is also an army veteran). We are friends to many.” 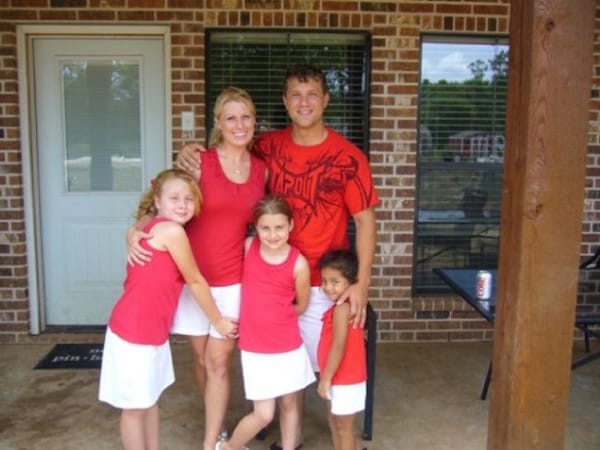 “Before you say hateful things and put all officers in a category….remember we are all individuals attached to a delicate thin blue line. We are attacked daily and getting killed just for putting on a badge. You voice your opinion, and rally against law enforcement over tickets!! We are risking our lives.” 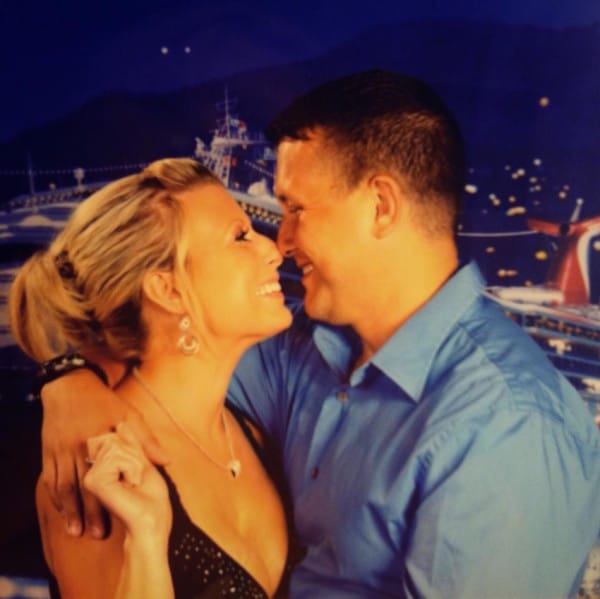 This photograph was taken on thanksgiving day. My husband and I both decided to work, giving up time with our family so the community would be safe.

Think before you speak. Your words could promote deadly actions.

WE BLEED BLUE! All lives matter”

Brittany’s photo serves to remind us that the law enforcement community is full of brave, heroic, and compassionate people. Please SHARE this with your friends on Facebook and let’s help spread her important message.

iPhone on the Road by Alison Turner

0
Six years ago, Alison Turner needed a change. She saved up her money and quit her job in corporate advertising. She rented her house...
Read more
Animals

0
It turns out that people aren’t the only ones from the animal kingdom that plant kisses on one another. Birds bill, dogs lick, horses...
Read more