Positive Vibes
Home Amazing Mom Gets Pulled Over By Her Own Husband. But Watch When She... 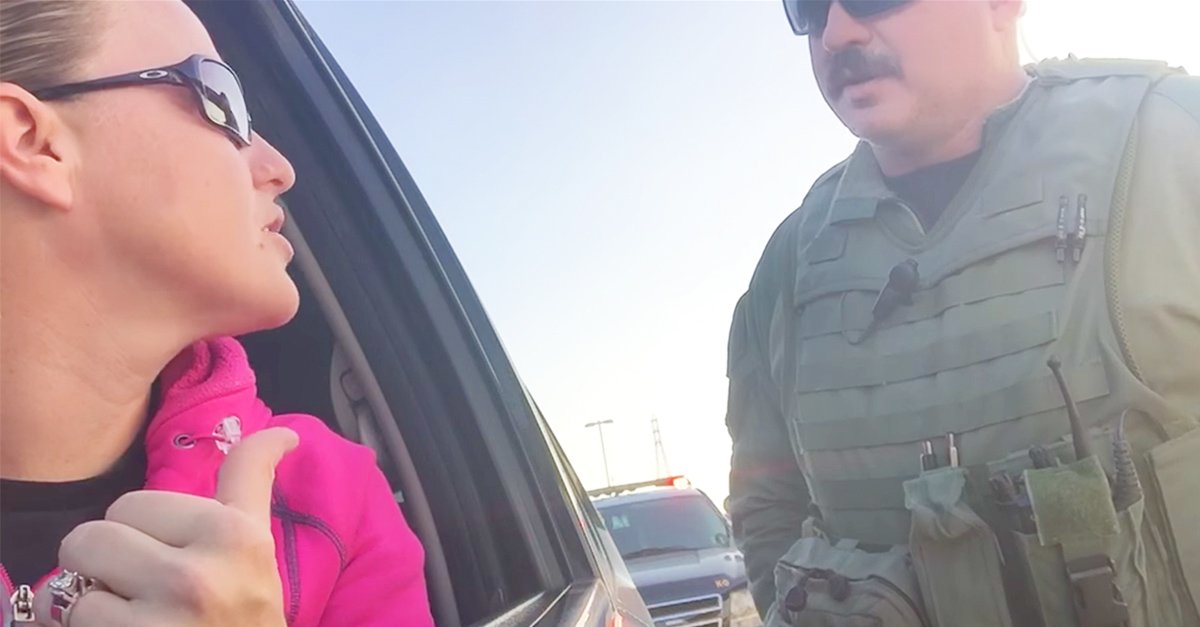 Deputy Sheriff Pulls His Wife Over And They Announce Something Huge!

This deputy might look like he’s about to give this nice lady a big ticket, but just wait until she pulls out a surprise that’s going viral. That’s because the man pulling her over is actually her husband!

Think about it: What would you do if your spouse worked for the police and they pulled you over? It’s early in the morning, you’ve got a lot on your plate for the day, and you just need to get to work. But, of course, they’ve always got to get in your way and make you late somehow. Well, that’s what happened to this deputy sheriff and his wife in the video below.

With such a ridiculous situation on her hands, she turns on the camera as her husband approaches the car. “Seriously,” she asks, “who else gets pulled over by their husband?” But the deputy isn’t having it. Referring to her as “Ma’am” and making her call him “Deputy,” he’s all business and ready to punish her for being in the “High Occupancy Lane” in spite of being the only person in the car.

She tries to snap him out of it to let her just go to work, but she has to pay the price like anyone else. You can’t help but laugh at just how annoyed she is that her own husband would do such a thing.

She pulls out her license and proof of insurance, and she hands him a piece of paper. However, it doesn’t look like any license or insurance you’ve seen before. Something’s different. He turns it around to show the camera, and suddenly her driving in the “H.O.V” lane begins to make a bit more sense!

0
Zodiac offers a lot of characteristics, visualizations and meanings, where Dubai based fashion photographer Tejal Patni made his creation of stunning calendar titled “In...
Read more
Photography

0
Travel to Iceland is is perhaps the obvious destination for people looking for the unexpected. Most of the island is an uninhabited landscape of jagged...
Read more
Amazing

They Put Cameras Inside A School Cafeteria. What The Lunch Ladies Do? It’s Going Viral…

0
This Is What School Lunch Is Like In Japan — And It’s Amazing In Japan, lunchtime is about so much more than food. In this elementary...
Read more