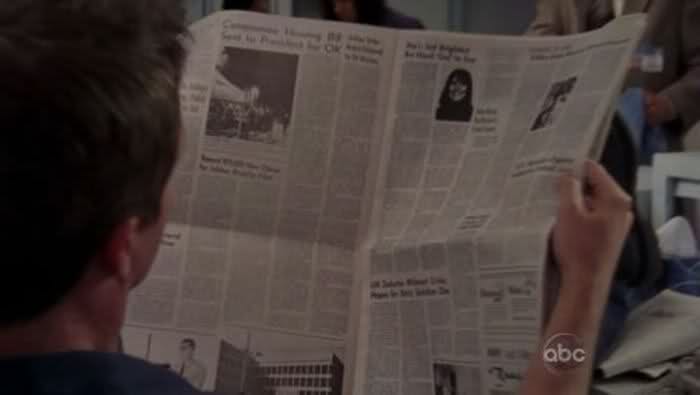 If you watch enough television shows and movies, then you might even start to notice that a bunch of the same props are used over and over again.  Someone on Reddit recently put together a compilation of photos from various television shows, commercials and movies, showing how one newspaper prop gets around and is reused, and reused again.

I don’t know the story behind this prop newspaper, but I assume it was created as a royalty free prop for television shows. Somewhere along the line, the prop became a recurring gag between propmasters. Something like how sound designers reuse the Wilhem Scream in every movie. Here are some examples… Mom Takes Son Out For Lunch. When The Waiter Hears Him Stutter, He Writes Her A Note That Brings Her To Tears.

0
One Texas mom and her three children (including a son who stutters) recently received extraordinary service when they went out for dinner at a...
Read more
Fitness & Health

0
Often, when we hear words like “children” and “sacrifices,” it’s parents that first come to mind. Mothers and fathers give everything they have —...
Read more
Architecture and Design

How will the aircrafts look in the future (7 photos)

0
How is it to fly in the future? Some say that there will be even more seating so the airlines can sell even more...
Read more