Positive Vibes
Home Amazing They Save A Homeless Dog On The Street. But When They Look... 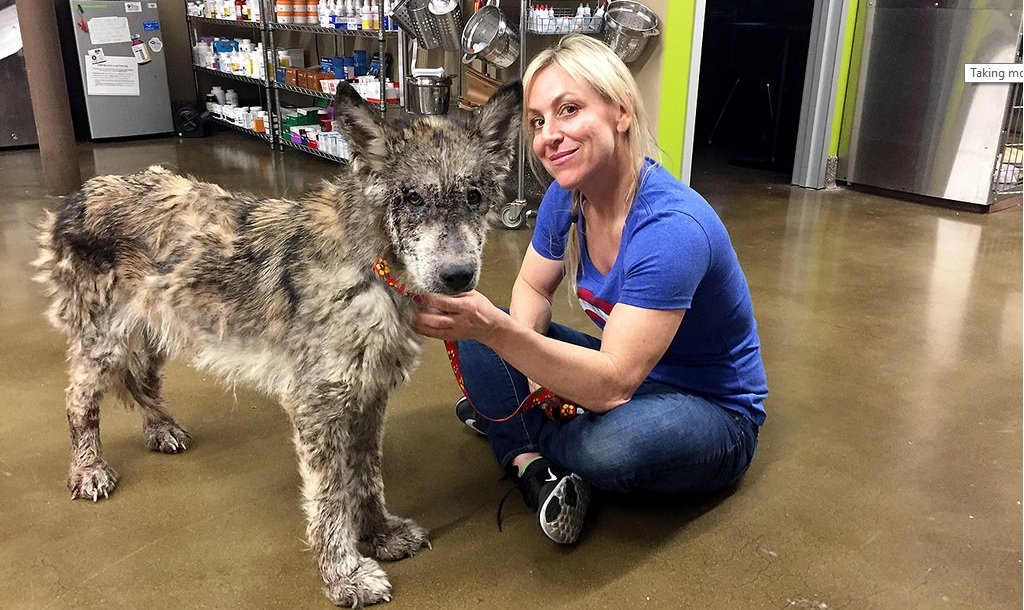 Suspected Wolf Hybrid Saved From A Terrible Life On The Street

Hope For Paws arrived at the scene where the woman had last seen the dog. When they arrived they discovered the dog, now named Julia. 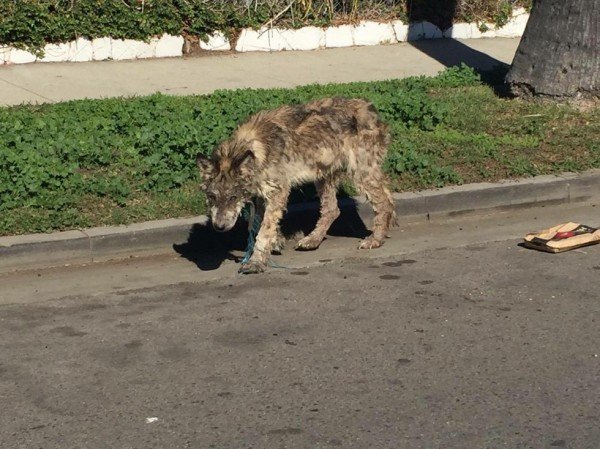 It was worse than they first thought. Lucia was swollen with infections, bleeding from the skin and was incredibly skinny. 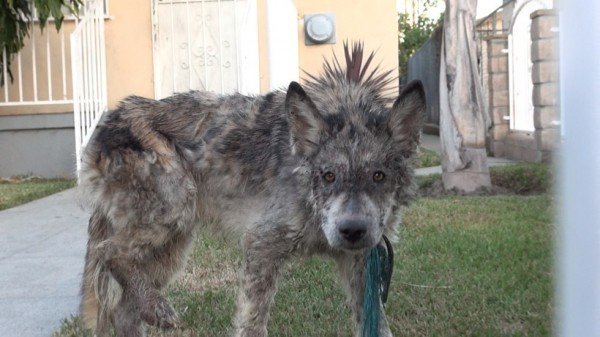 They managed to lure her into a fenced garden and approached carefully. Around her neck was an old rope, which was starting to come apart. A sad sign of the life she must have lived before becoming a street dog. 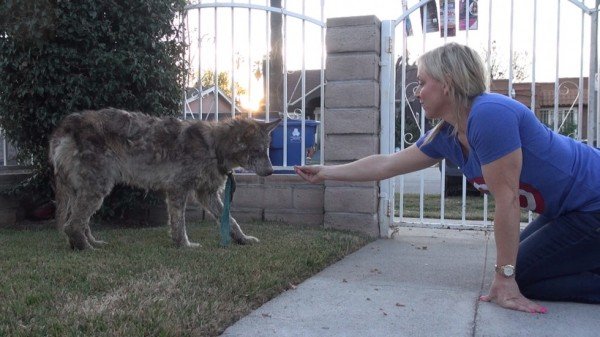 Julia was initially distrustful when the organization’s staff approached her. But when they gave her food, she gratefully accepted. Although she was very skinny and famished, she received the food with great caution, careful not to bite the giver’s hand. 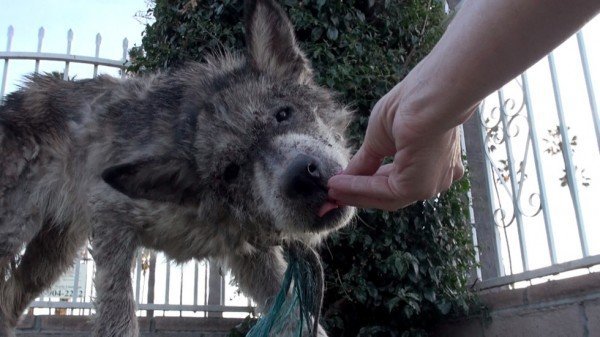 20 minutes later, Hope For Paws won had Julia’s confidence. They managed to attach a leash around her neck. 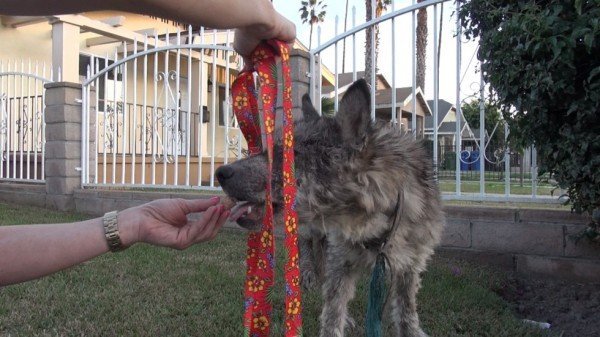 Julia enjoyed being pet. As she was so tired and famished, she seemed relieved to accept their affection. 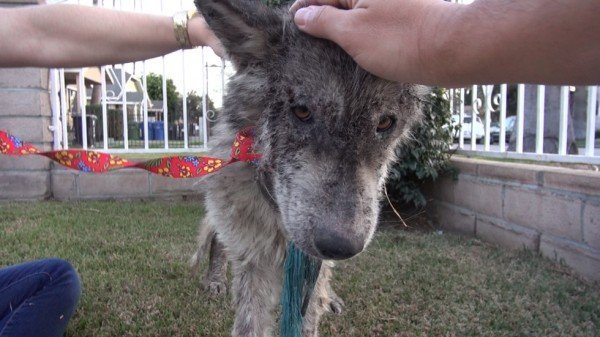 They took her in the car. Julia would never have to live on the street again. 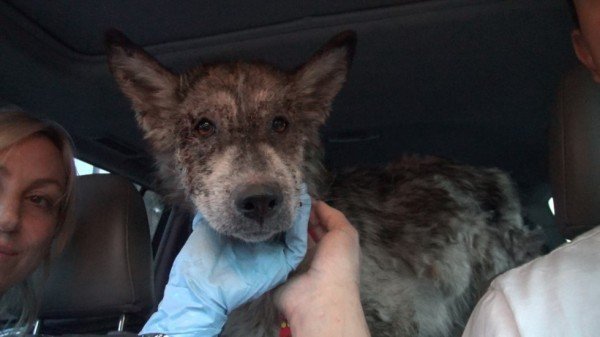 She was examined by a veterinarian, who noted Julia’s bad shape. 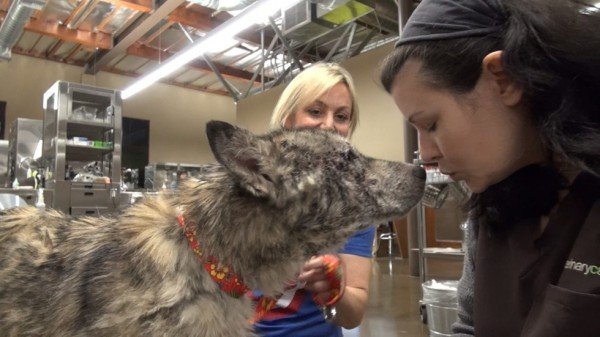 She had a severe itch and inflammation of the skin. 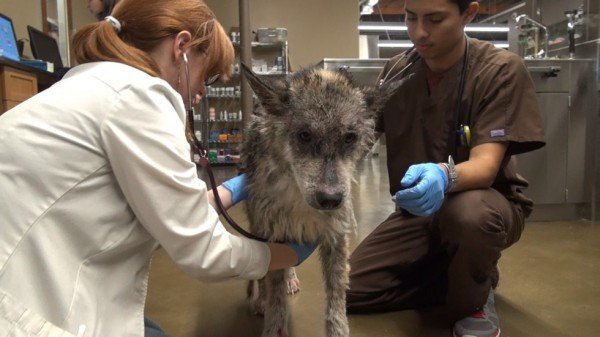 Her claws had not been cut for a very long time – if ever. Her paws were very swollen. 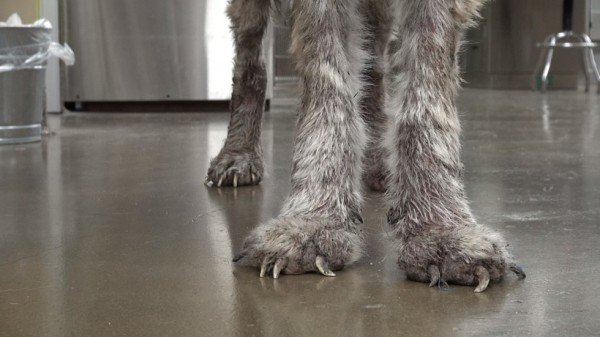 Julia was in desperate need of a nourishing bath. 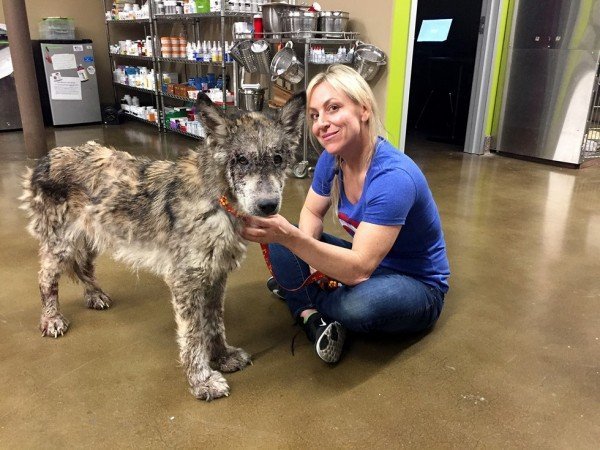 When they washed her, her skin began to bleed from the infection. 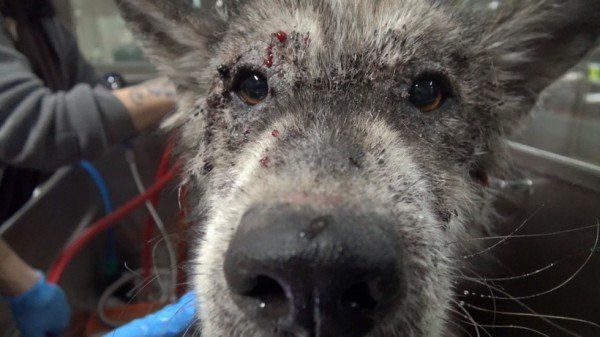 When the dirt was washed away, they realized just how serious her skin infections were. 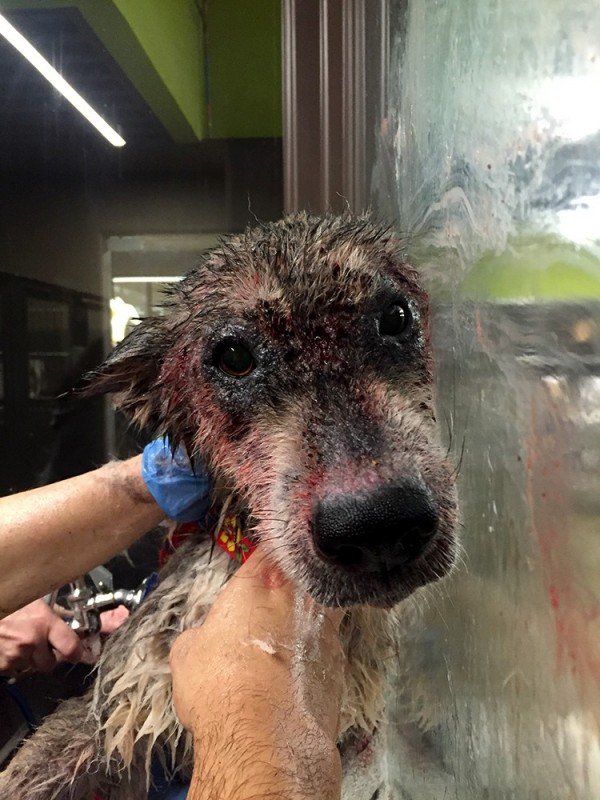 But despite the fact that Julia was likely in great pain during her treatment, she continued to show affection toward their rescuers. When Lisa wiped her, she rested her head gently against her arm. She was happy that life on the street was over.

Julia was finally clean and her tummy was full. Exhausted after a long, eventful day, she curled up on a warm blanket. 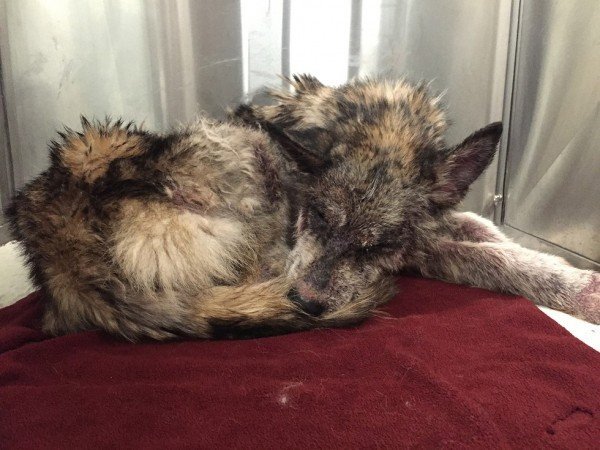 While she still has a long way to go, Julia’s health is steadily improving. Within just a few days, she’s become more alert and is eating without problem. 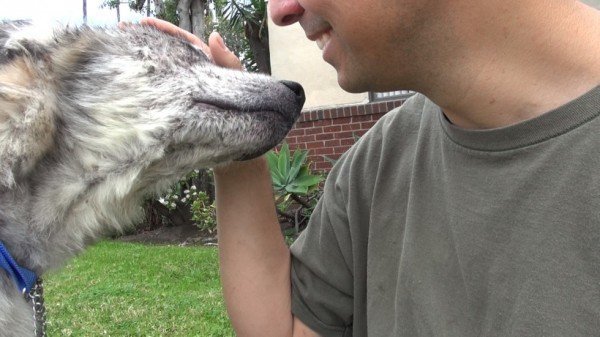 She has grown even more fond of her rescuers, showing them appreciation and affection every day. She has not yet begun to wag her tail, but loves to lay her head against their hands. 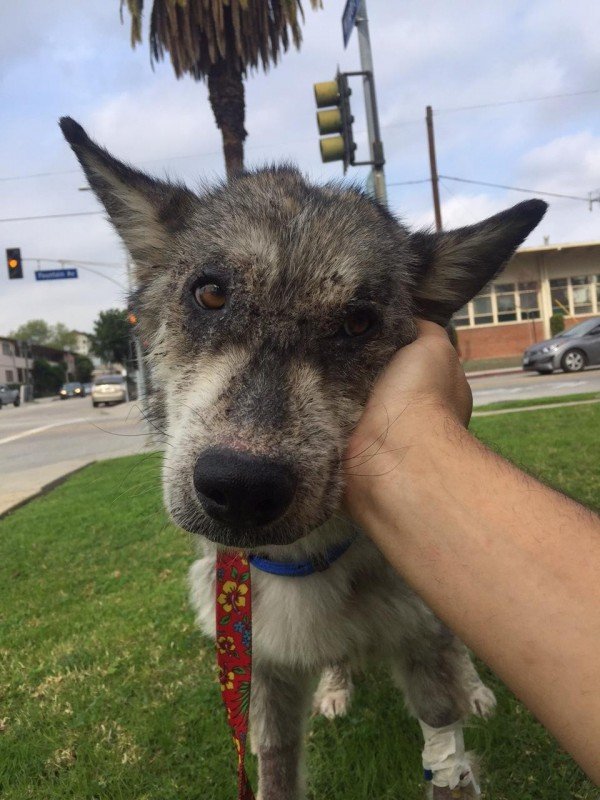 No one exactly knows what she’s been through. And it will take time before she will become a happy dog again. But Julia will get there, and when she is healthy enough, she will move into a real home.

She will eventually undergo a test to confirm that she is a wolf hybrid, or, as some suspect, perhaps an unusual husky mix. But whatever she is, Julia certainly looks forward to being showered with love for the rest of her life. 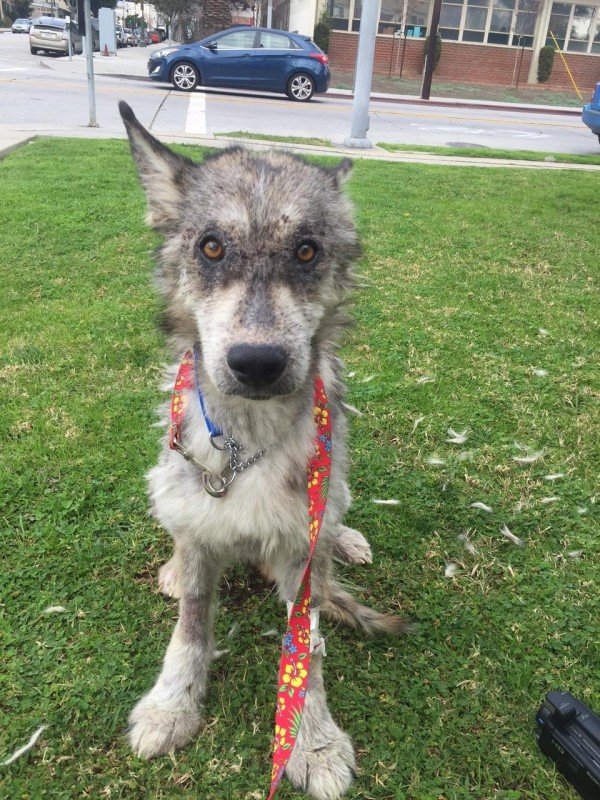 Amazing Masks Made of Metal Type, Bolts, and Screws

These 20 Redesigned Movie Posters Are Even Cooler Than The Movies… WOW.

0
I'm normally not a praying man, but if you're up there, please save me, Superman. Weaseling out of things is important to learn. It's...
Read more
Amazing

New Teacher Gets Best Letter Ever. This Is Priceless.

0
Being a teacher doesn't just mean you regurgitate a textbook out-loud for three hours a day. You are a role model, and someone for...
Read more