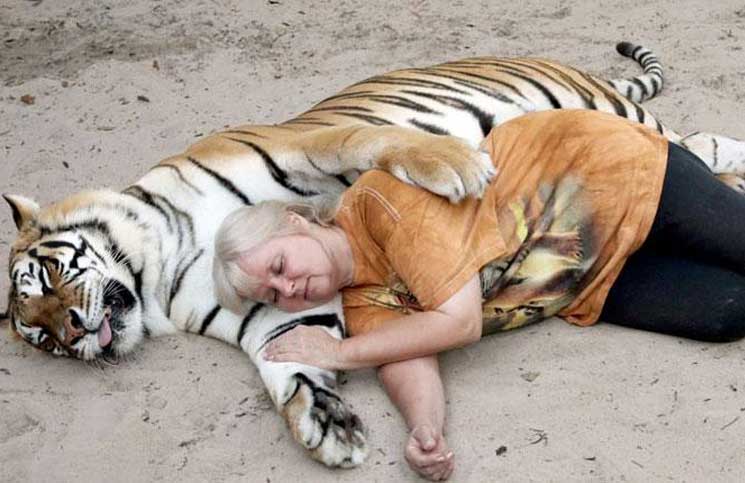 While most people tend to use their garden as a place of relaxation, Janice Haley chooses to use her backyard as a place to keep her two pet tigers.

Saber, a 600 pound male white Bengal tiger and Janda, a 400 pound orange Bengal female live in a cage at the back of Mrs Haley’s unassuming suburban home in Orlando, Florida. Each day, the 57-year-old hand feeds the tigers as well as stroking and feeding them and says Saber, the younger tiger, can’t get off to sleep without suckling on her finger. Mrs Haley quit her job as an admin assistant to spend more time working outdoors around 20 years ago and then took a tiger training course, which she spotted in her local newspaper.

Two years later she arrived home with Chuffer the tiger cub and was immediately bitten by the tiger bug.

In 2002 she bought Janda, who is now 12, to live with Chuffer. After Chuffer’s death in 2007 she then introduced Saber, who was only two weeks old at the time.

Scroll down for video 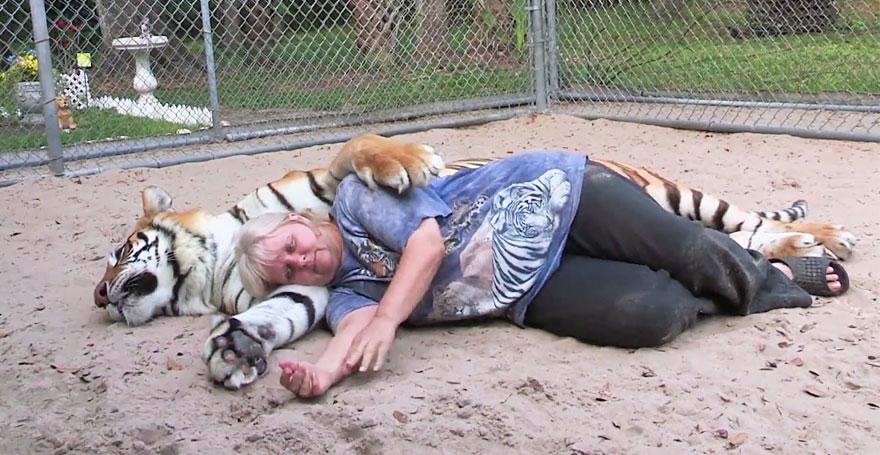 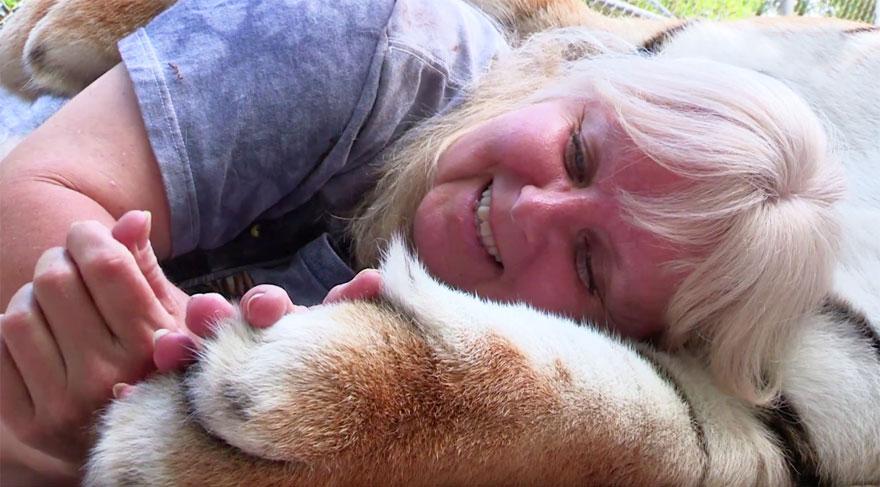 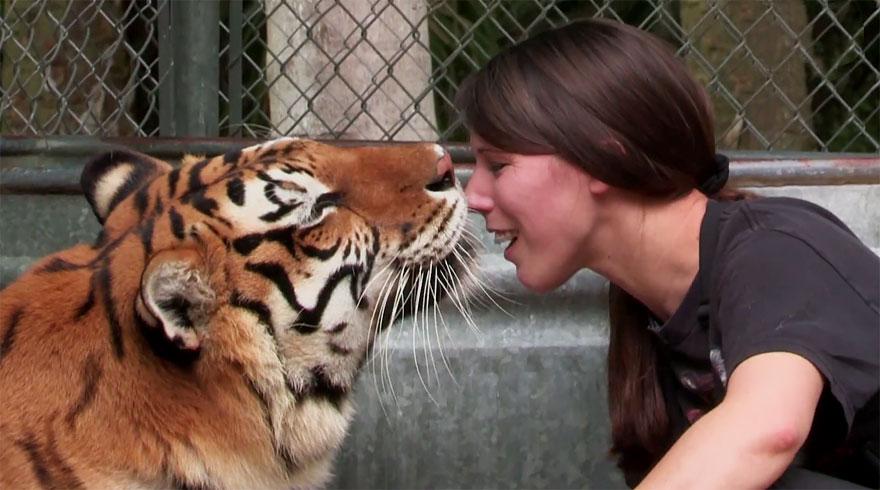 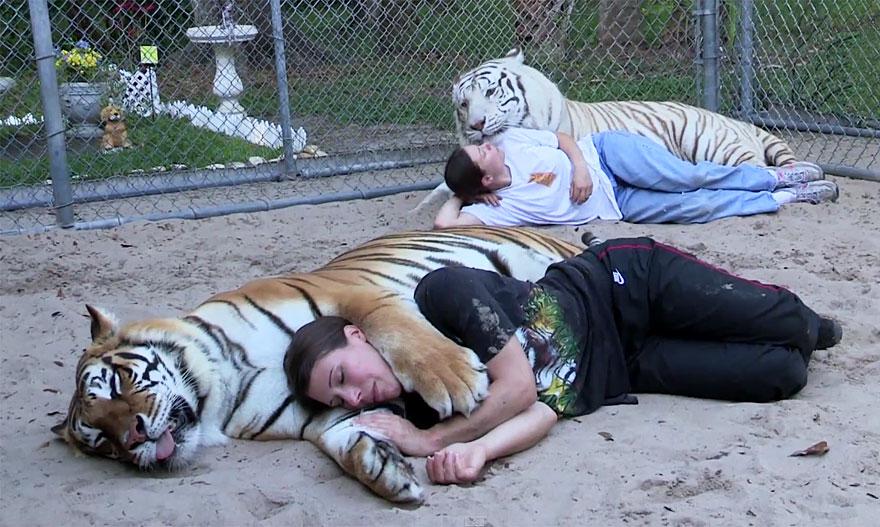 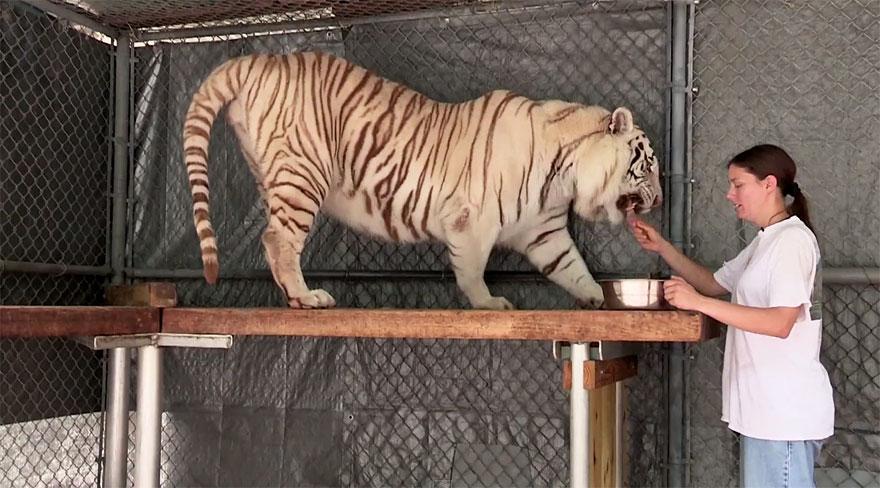 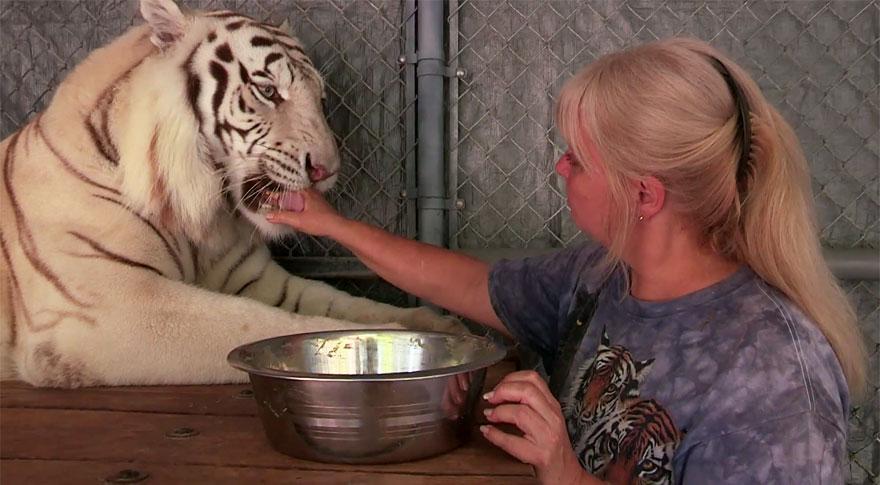 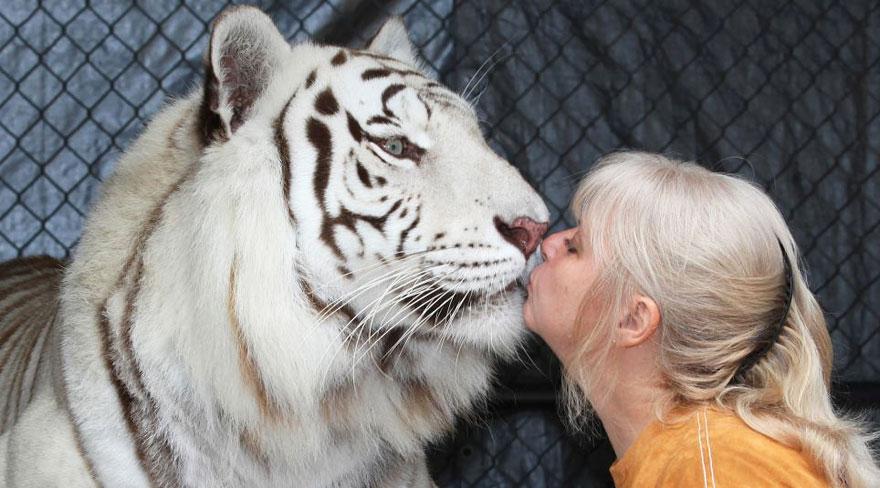 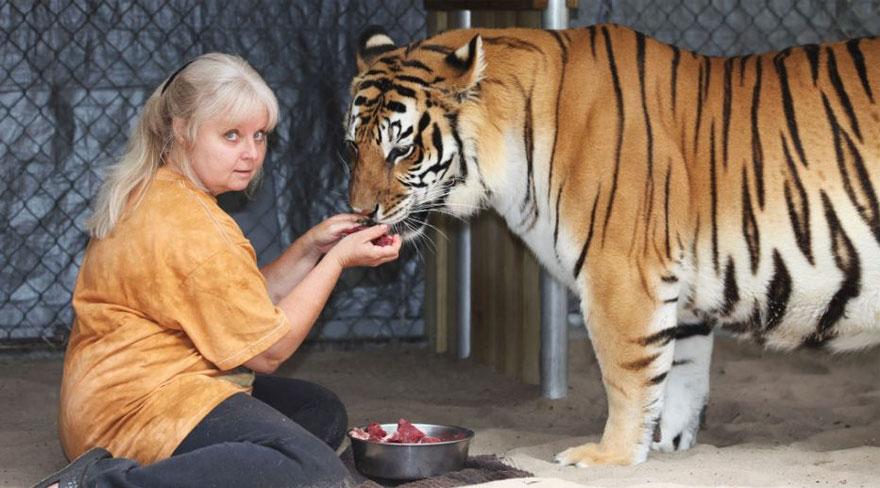 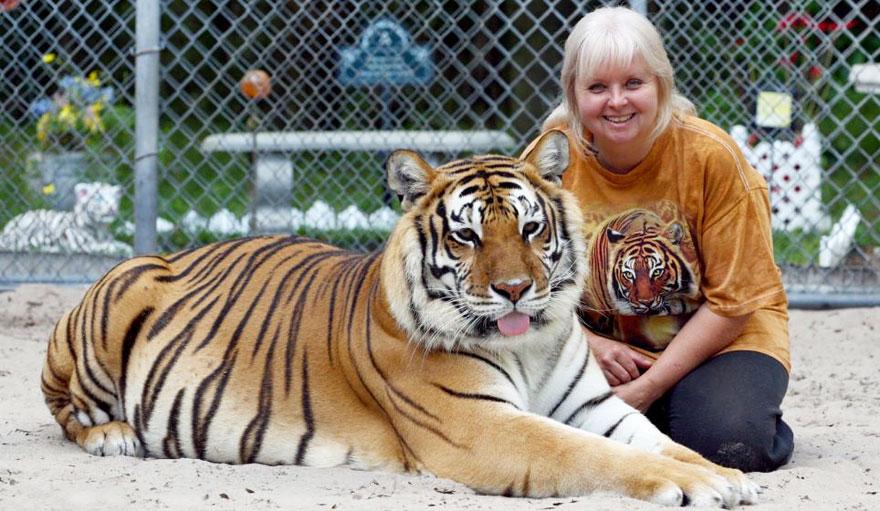 Dad Only Has 1 Year To Live. When His Wife Asks Him His Final Wish, Unthinkable…

0
Dying Man Makes Final Request Of Wife: To Have A Baby When Lucy first met her future husband, Paul, at medical school, she thought he...
Read more
Self Improvement

0
The morning is extremely important.  It is the foundation from which the day is built.  How you choose to spend your morning can be...
Read more
Photography