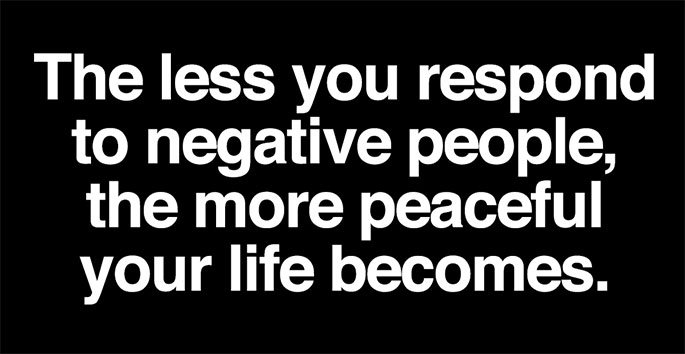 1. Be conscious of how much of yourself you give to them.

Especially when all you give is unwanted and they end up withdrawing from you. Be cautious when dealing with negative people. You don’t want to waste your energy.

2. Give them less power over you.

But let them in if they earn it. Truth be told, we don’t want negative people ruling over their lives. Just remember that if they’re trying to change, let the change come! Give them another chance.

If they do hurtful things, know that they can’t always help it. They’re negative people, but you aren’t. Brush it off and move on.

5. Remember that you can’t win.

Sometimes you just aren’t going to be able to win over an person who isn’t ever wrong. You’ll never triumph in an argument where their minds are so deeply rooted in cynicism. Let it go and move on.

People who are hard to deal with, angry, sensitive, needy, and just plain negative aren’t like this because of you. Other things have happened in their life to lead them down that path. Don’t blame yourself. Be there for them, but remember #1.

7. You can be compassionate but…

Don’t sacrifice yourself! This ties in again with #1. Be careful of how much you give away to people. If they honestly want to improve their moods, be right there with them! But if they withdraw, forget it.

8. At the end of the day, remember one thing:

It’s not about you. Don’t take it personally. You can’t fix everyone.

0
If you are tired of posed, stiff and cheesy family portraits, then take a look at these incredibly creative pictures taken by Jason Lee. Jason...
Read more
Photography

15 Places People Will Actually Risk Their Lives To Travel To

0
Considered simultaneously one of the most dangerous and one of the most popular ascents in China, the trek up Mount Huashan is nerve-wracking from...
Read more
Photography