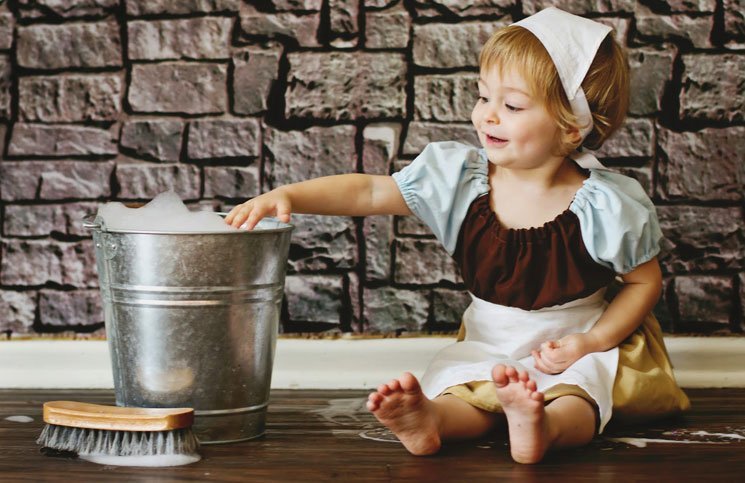 WARNING: The little girls in these photos are so cute, they’ll make you want kids of your own immediately.

In the photos below, 2-year-old Claire and her 1-year-old cousin Chloe recreate their favorite fairytale characters, including Snow White, Cinderella, Alice in Wonderland, and more. Claire’s mom, Jessica West, sewed the costumes herself, found the backdrops and props, and brought the girls to photographer Myranda Josephson.

If we learned anything from America’s Next Top Model, it’s that modeling isn’t just about winning the genetic lottery. It’s also about skill. And according to West, her daughter knows how to work the camera.

“When I wanted her to have a surprised face in the Wendy photos, I just stood off camera and made the face myself,” she told BuzzFeed.

Two-year-old Claire and her one-year-old cousin Chloe had a magical photo shoot, recreating famous fairy tales. Here they are as Snow White:

And Wendy from Peter Pan:

Jessica also told BuzzFeed that her daughter is a natural model, which is clear to see from the photos, and she’s also pretty great at mimicking faces: “When I wanted her to have a surprised face in the Wendy photos, I just stood off camera and made the face myself.”

Here the cousins star as very smiley (and not very sleepy at all) Sleeping Beauties:

They couldn’t miss Alice of course:

And lastly they starred as Red Riding Hood with a realwolf:

Jessica told us the toddlers’ latest obsessions are Beauty and the Beast and theLittle Mermaid, so they’ll be the next likely photo shoots. We can’t wait to see them.

0
Many people cringe as they approach the age of 30. For some reason, these milestones tend to get people thinking: Am I old? What...
Read more
Positivity

0
Do you ever feel as though weeks, months, even years, are going past, without you making any real progress in your life? Often, our...
Read more
Photography