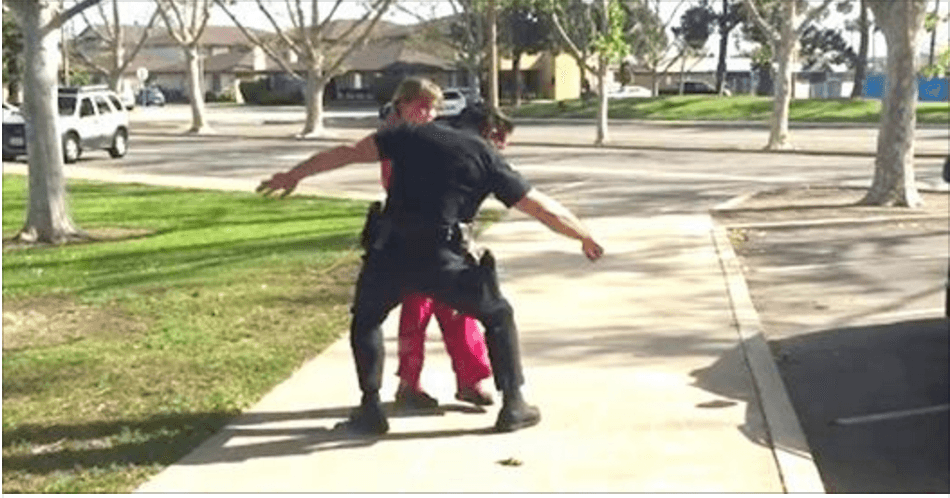 I have to say, I don’t think I’ve ever seen a police officer play hopscotch. At least not one in uniform. And especially not one that appears to be at least 6 feet and 200 lbs.

But that is precisely what Officer Pricer from the Huntington Beach Police Department in the US was caught doing on camera on March 30, after he and his partner were called in to investigate a suspicious vehicle. Once on scene, they sadly discovered a woman and her young 11-year-old girl living out of the car.

Little is known about the homeless family, why and how they ended up living out of a car. What’s certain however is that no one should live that way – and certainly not a young 11-year-old girl.

It pained me to imagine what she may have been through, and I can only imagine likely has had a difficult time. That’s what makes this big-hearted officer’s small gesture the more significant.

Watch the touching clip below.

Agree this cop is just awesome? Share his sweetness with others!

The top 5 Countries to Visit when Sailing the Mediterranean

0
It’s been on my bucket list for some time now, and maybe one day I’ll be able to charter a big, beautiful yacht and...
Read more
Photography

25 Cool People Who Are Way Better At Winter Than You

0
The weather outside is only frightful if you're a little bi..h. 🙂 1. These people who know that any car can be a snowmobile if...
Read more
Positivity

0
Feeling like you need something to pull that room together? Whether it is blik organic wall stickers to liven up your bland dorm room...
Read more