Home Amazing Father Is Left Alone With Quadruplets. What These Strangers Online Do For... 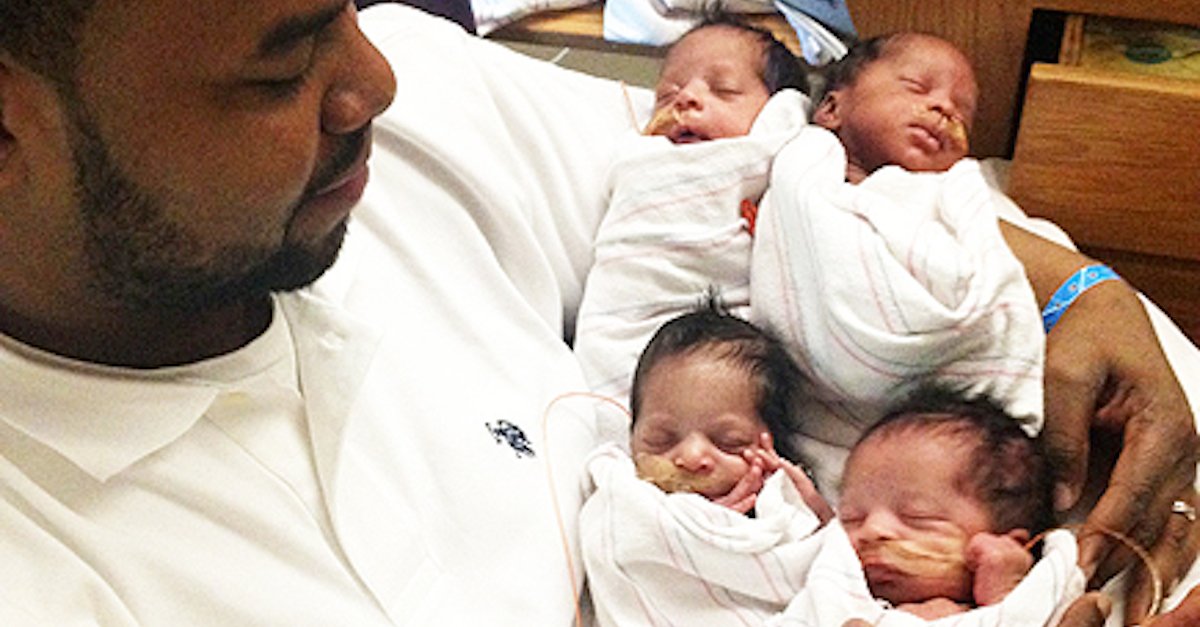 When Carlos and Erica Morales realized they were going to be parents, they were as excited as could be. They had tried before, but their efforts had ended in miscarriage. This time, the couple decided to go through fertility treatment and were shocked to find out that Erica was expecting three girls and a boy.

But their happiness vanished when Erica, at seven months pregnant, underwent a C-section. After delivering all four babies, Erica went into hypovolemic shock, lost a massive amount of blood, and died within hours. “I went from having the best day of my life to the next morning experiencing the worst day of my life,” Carlos said. “My four babies came into the world and then my wife died.”

Though dealing with the devastating loss of his wife, Carlos and his quads are pulling though. Friends and family are supporting him as he cares his beautiful children, Carlos Jr., Tracey, Paisley, and Erica. Carlos told People, “These babies don’t know yet what blessings they have given me. They have given me four reasons to live.” 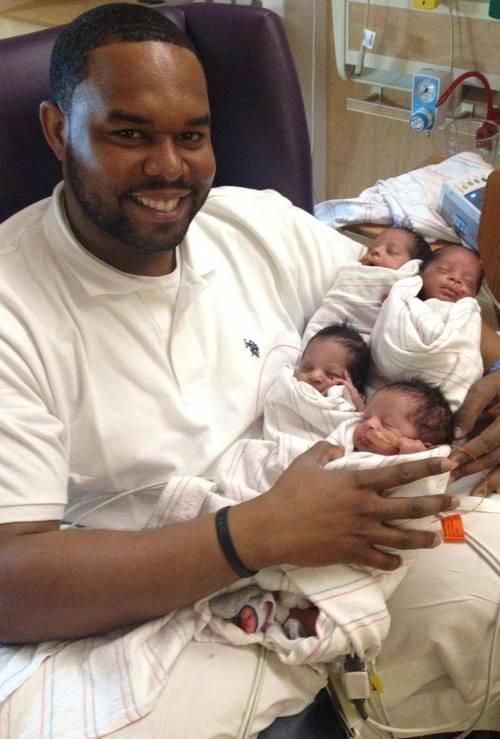 The new dad is also receiving the support of strangers through a GoFundMe page that Erica’s best friend, Nicole Todman, set up. “The expense of raising 4 children alone is quite daunting for any middle class family now the with the loss of Erica’s income her husband will need all the help he can get,” Todman writes. Since the page was posted, donations have reached more than $332,000 toward the $500,000 goal. 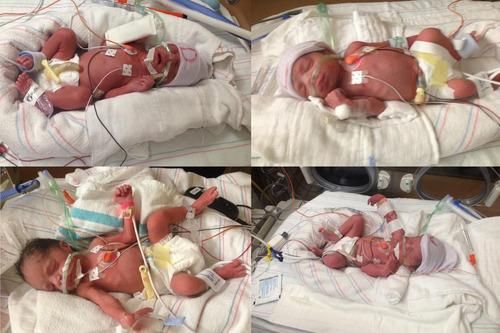 We wish Carlos all the best! He’s doing an amazing job caring for his babies and he deserves to recognized for what he’s gone through to bring up his quads.

Please share this story if you’re inspired by Carlos. And if you’d like to directly help the quadruplets, visit their GoFundMe page.

Some of The best Photography of the Year – Editor’s Choice

0
2014 is almost over, In this article, We are showcasing the most popular and beautiful photos that were popular in 2014. Sometimes a picture is...
Read more
Amazing

A Stranger Didn’t Listen When She Told Him NOT To Pet Her Service Dog. Minutes Later? Shocking!

Every Bart Simpson Chalkboard Quote Ever