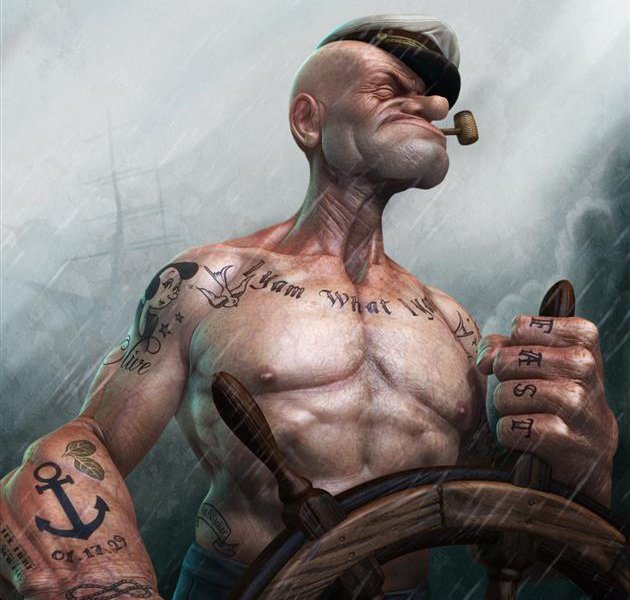 No matter what your age, chances are you know exactly who Popeye the Sailor is. Created by Elzie Crisler Segar, this fictional cartoon character has appeared in everything from comic strips to television, and has been doing so since 1929.

With Genndy Tartakosvsky to direct the upcoming 3D CG version of Popeye, we thought it fitting to take a look at this amazing modern day interpretation of Popeye. Created by artist Lee Romao, the artwork is nothing short of badass. Popeye’s muscular frame right down to his freakishly huge forearms are intact, including the anchor tattoos found on both arms. The facial expression is also right on point, and who could forget Popeye’s iconic pipe always hanging out the side of his mouth, and the titled sailor hat to finish off the look. We doubt the CG Popeye form will end up looking this version, but we think some solid inspiration can be drawn from the artwork seen below.

0
Most doors are hopelessly mundane, but they don’t have to be; they can also serve as meaningful symbols of portals between worlds or between...
Read more
Amazing

0
2-Year-Old ‘Witch Child’ Who Was Left To Die Makes Stunning Recovery You might remember Hope from a story we covered about a month ago. The...
Read more
DIY Ideas

11 Things You Are Doing Wrong Every Day

0
There are things which you’re doing every day and you’ve already made those as habits that they seem totally normal the way you’re doing...
Read more