Positive Vibes
Home Animals Shelter Dog Hangs Her Head Low In Her Kennel. But Wait Til... 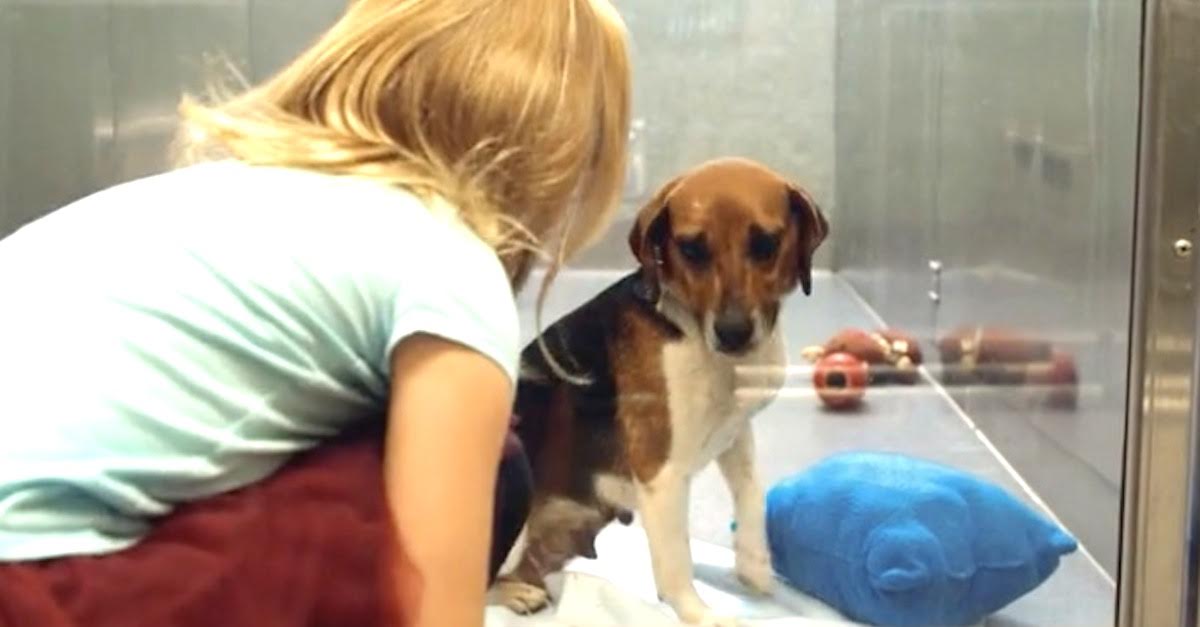 Heartwarming Video Encourages People To Adopt From A Shelter

Each year, nearly 8 million animals enter shelters across America and, sadly, almost 3 million of those get euthanized. It’s a devastating reality that haunts animal activists who try their best to encourage people to adopt rather than buy.

Thankfully, millions of these animals do get a happy ending each year, according to the American Society for the Prevention of Cruelty to Animals. And we’ve seen tons of uplifting stories of people bringing these helpless shelter animals into their homes, much like the pooch that was finally adopted after spending two years in a Virginia shelter. And who could forget about the woman who adopted a dog right after he had fallen into an icy lake in Michigan?

In an attempt to raise the number of animals leaving shelters, Save a Hound released a video that’s captured millions of hearts across the nation. (And if you’ve never considered adopting a pet, below is a video that might change your mind!)

It features Suzie, a pooch whose puppy eyes will make you melt as she waits and waits to find a forever home. It’s heartbreaking to watch as people pass her kennel and not give her a second thought.

Finally, a young girl falls in love with Suzie (of course that’s not hard to do) and takes her home. It’s a happy ending that will make any animal lover smile, especially since Suzie was actually adopted in real life.

Please SHARE to encourage more people to save a life!

Boyfriend’s Romantic Marriage Proposal Has Been Seen By Millions And I Totally Understand Why.

0
We all have our own dream scenario of how the love of our life may one day propose. But this video honestly left me...
Read more
DIY Ideas

He Pulls The Label Off A Coca Cola Bottle And Reveals An Awesome Surprise.

0
Coca Cola hacks seem to be growing daily. Apparently, you can use it on your hair, or even create a cozy Christmas lamp. Turns out there’s...
Read more
Chocolate

What This Man Did For The Woman He Loves Makes Everyone Else Look Bad.

0
What's Spanish for "I know you speak English?" First place chick is hot, but has an attitude, doesn't date magicians. There's only one man...
Read more