Home Amazing With Days To Live, Joey Feek Asks Her 2-Year-Old Daughter For This… 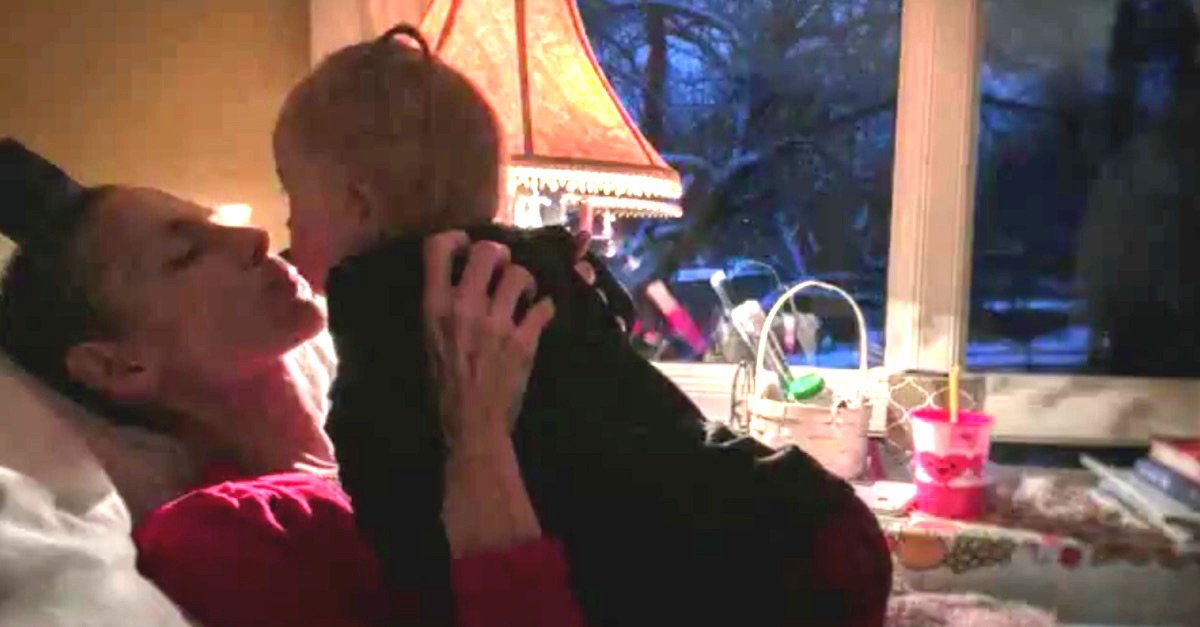 With only days left to live, Joey Feek of Joey + Rory has said her final goodbyes to her family, including her 2-year-old daughter, Indiana.

Joey was diagnosed with terminal cervical cancer in 2014, and has spent a considerable amount of time in hospice care. But her health has been rapidly declining, her body “shutting down quickly.” And now husband Rory Feek has revealed that she made the decision that “enough is enough.” After spending days asleep, she has said goodbye to her parents and three sisters. Then, it was time to give her young daughter one last kiss.

Despite her suffering, Joey wished to live long enough to see her daughter have one more birthday, and in early February, Indiana turned two. But the pain has been too much for the 40-year-old to handle — she decided that now was the time to “go home.”

Shortly after she kissed her little daughter, she drifted into a “deep sleep.” Rory says that while Joey’s life will sadly be cut short, she has lived a full life and has no regrets.

Joey Feek’s condition has made a turn for the worse, and her parents, sisters, and husband have said their goodbyes. But with just days to live, it’s Joey’s last words to her daughter and the last kiss that have been the most moving.

Despite her bleak diagnosis and her suffering, Joey has held on, and has been able to celebrate this past Valentine’s Day with her family.

But more importantly, she was able to celebrate her daughter’s second birthday. It was her wish to see her daughter, Indiana, turn two.

But just a few days later, Joey decided that it was time to “go home.” She gave Indiana one last kiss and said, “You be a big girl for your papa,” and “Mama will be watching over you.” Then she fell asleep.

Please SHARE if you want to support the Feek family through this tough time.

0
Homeless Man Shocked By A Stranger's Kindness It's been said, "It only takes one person, and one act of kindness, to inspire others and create change."...
Read more
Photography

0
So, a wildfire starts burning around you and it’s terrifying, sure. But it also makes for a hell of a wedding photo. Michael and April...
Read more
Animals

When This Veterinarian Took On An Unusual Patient, She Never Thought This Would Happen…