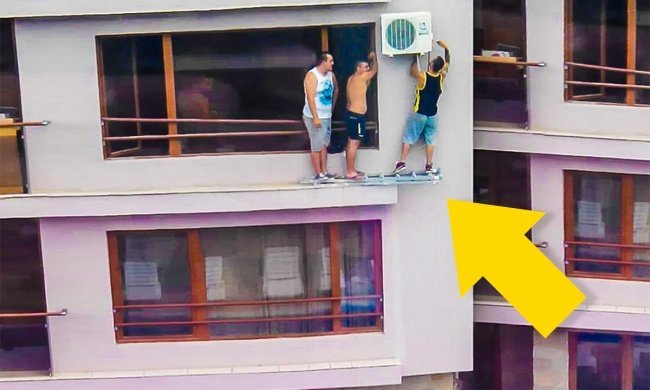 It’s been scientifically proven that, on average, women have longer lifespans than their male counterparts. While some scientists may say that it’s because of diet, physical activity, or genetics, we found some troubling photographs that unveiled the real truth.

I wonder how many of their last words were, “Wait! I have a better idea! 🙂

1. When this guy flirted with the laws of physics

2. When this guy inspired us all to collectively soil our pants in empathy

3. When these guys forgot how electricity works

What do you know about the sense of balance?

When these guys trusted each other way too much. 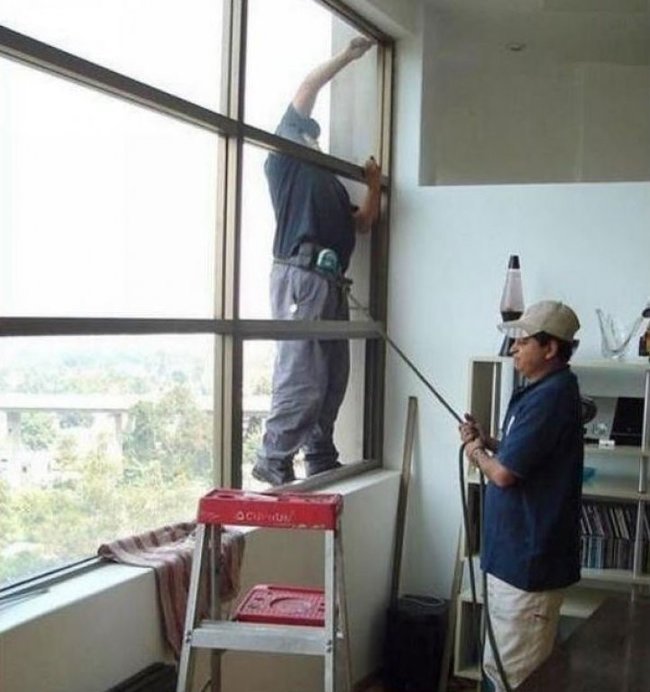 A very simple question “will it sustain?” Hope he will find the answer.

Stairs in general can stand on anything, it’s the most stable thing in the world!

When these guys relaxed in the shade of their backhoe.

Well, do not drain the water from the well of a light bulb!

8. When these guys couldn’t find a normal ladder that was good enough

When these guys selfishly neglected to take an “after” picture Luggage carts at the airport deficit, but with a sleight of hand, workers have no problems!

When this guy found a cozy place to put his soda bottle.

When these guy took the ultimate trust fall

When these guys couldn’t find a ladder and tried DIY 🙂

I wonder how many of their last words were, “Wait! I have a better idea!” 🙂

0
A man photoshops himself into celebrity photos. The results are eye-wateringly brilliant.
Read more
Positivity

0
Some days are just golden right from the start. You get up bright and early, you have a good breakfast, your coffee is perfect,...
Read more
Amazing

He Hasn’t Spoken To His Wife In 18 Months. The Reason? This Is Gold

0
I had not heard of Red Skelton before, but after coming across this list of ‘one-liners’ from the popular American comedian/entertainer, I sure wish...
Read more