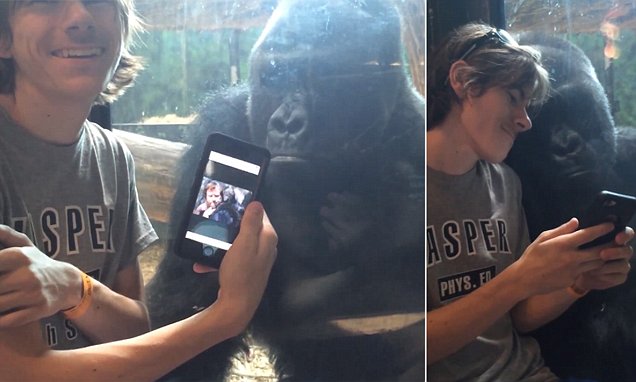 It’s not just us humans that are addicted to mobile phones.
Some of our closest living relatives are as obsessed with modern technology as we are, as this gorilla showed when it became engrossed in an iPhone.
The clip, which emerged on YouTube, features a man sitting on the other side of the safety glass from a gorilla named Jelani at Louisville Zoo in Kentucky.

The man holds his phone up against the window and scrolls through photographs while the enormous ape watches attentively.
Humorously it bends its head slightly to focus on the phone and then once it has seen the image it looks away and waits for the next picture.

At that moment the video maker asks the man what he is showing the gorilla and he presents his phone, which shows a human posing with an ape, to the camera.

The man then returns to showing the gorilla, who returns to staring at the phone in interest. 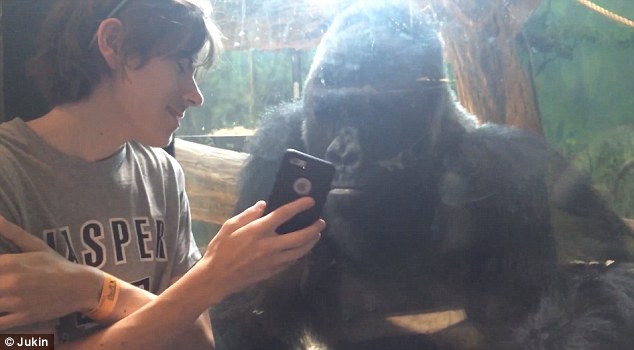 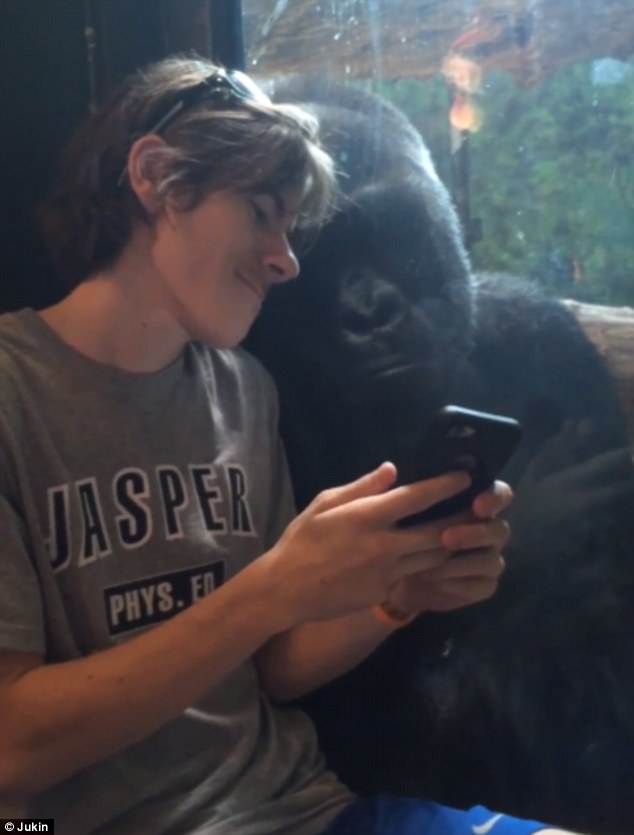 He continues to show the ape a few more images and on every occasion it stares down at the screen of the phone, despite a number of other distracting things happening in front of it.

Later the man leans up against the wall alongside the glass and rather adorably the gorilla does the same from the other side.

The ape almost reads over his shoulder as the man scrolls through even more pictures, occasionally tilting the phone so the gorilla can have a better look. 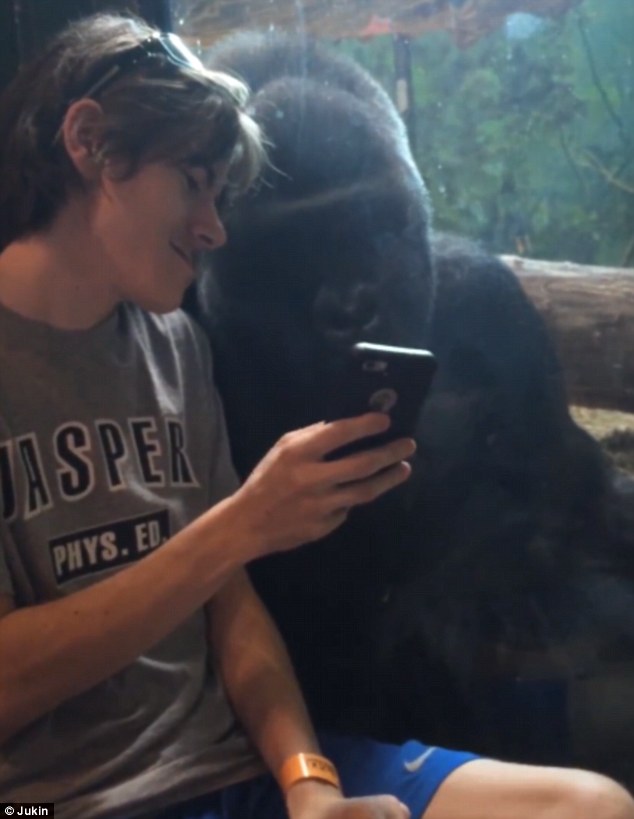 The video maker later said: ‘I stumbled upon the boy sharing pictures with Jelani touring the zoo with my one-year-old daughter.

‘The boy was scrolling through gorilla pictures, and Jelani would motion with his hand to move to the next photo. Both seemed to really enjoy sharing the experience.’

Since appearing online the video has been viewed almost 100,000 times.

30 Experiences You Should Have Before You Turn 30

0
Turning 30 is a major milestone.  For many it means that you're no longer in the hard-partying, bad decision-making stage of your life, for better...
Read more
Architecture and Design

Before & After: From Ceiling Space to Playroom

0
This townhouse only had two bedrooms, and desperately needed a dedicated workspace and playspace. Angie was struck with inspiration when she thought about all...
Read more
Animals

0
How often do we see exquisite imagery of animals that isn't a "When Animals Attack" special? Photographer Nick Brandt says, "The emphasis has generally...
Read more