Positive Vibes
Home Animals Sea Otter Pup Was Stranded At 4 Weeks Old. But When Her... 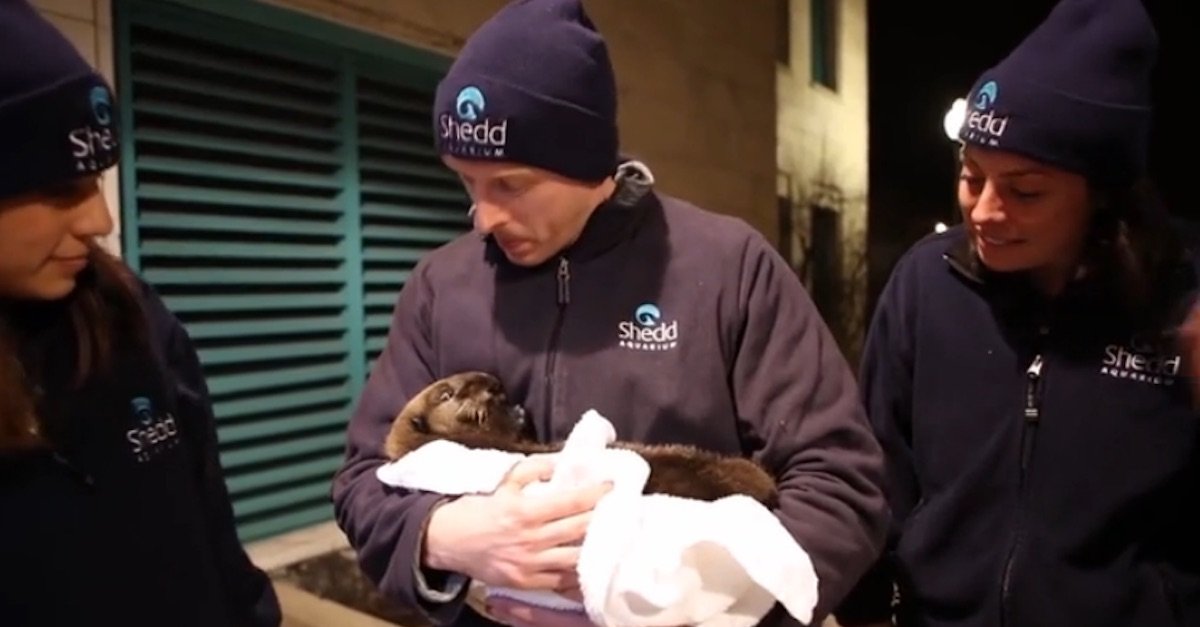 A sea otter pup found stranded on a California beach is making great strides in her new home at Chicago’s Shedd Aquarium.

Pup 719, who was about 4 weeks old when she was found by the Monterey Bay Aquarium Sea Otter Program in early January, is learning how to groom herself, navigate her pup pool, and even becoming a pro at mealtime.

“She learned to take formula from a bottle in the Sea Otter Program at Monterey Bay Aquarium and had graduated to eating chopped solid food, including squid and deshelled clam, shrimp and mussel, by the time she arrived at Shedd,” the aquarium writes on its website. “Still to come is figuring out how to crack open shellfish.”

While stranded sea otters are sometimes able to return to the wild, that won’t be the case for Pup 719. Much like the memorable Pup 681, this one didn’t get to spend the much-needed time with her mom (normally up to nine months) to learn how to survive on her own in the wild. And with no surrogate sea otter mom available to help in that department, Pup 719 will stay put at the aquarium. Judging by the new footage below, she doesn’t seem to mind!

“The rescue and continued care of Pup 719 was a team effort and a testament to both aquariums’ commitment to the rescue and rehabilitation of animals,” said Tim Binder with Shedd Aquarium.

Watch below and please SHARE to commend these rescuers on a job well done!

0
The bitterly cold weather that currently has much of the East Coast of America in its icy grip has demonstrated its chilling intensity by...
Read more
Positivity

0
There is one universal truth in life that we all must accept: we don’t know as much as we think we do. In fact,...
Read more
Photography

Some of the best Holiday Lights Photos on 500px

0
We got so many festive and beautiful photos entered to the “Holiday Lights” theme, that we had to share some of our favourite images...
Read more