Home Fitness & Health She’s Skating On A Frozen Lake. When The Camera Pans Out, I’m... 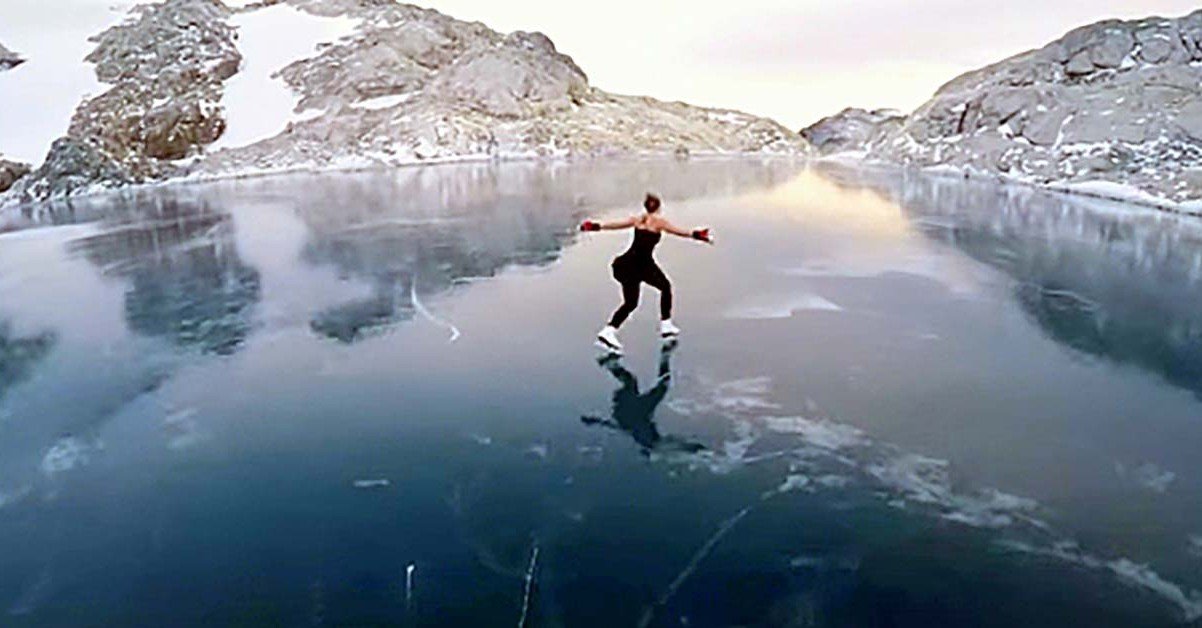 When Katrina Lazzarotto was asked if she’d like to go figure skating in the mountains of British Columbia, she happily said yes. After all, how often do you have a friend with a helicopter offering to fulfill an unbelievable fantasy? Come and watch her breathtaking experience as she becomes snow queen for a day!

Katrina isn’t a figure skater. In fact, she hadn’t of even skated for four years when her buddy Bradley Friesen made the jaw-dropping proposal. However, the two got into his helicopter and flew up 5,000 feet to the Canadian Rockies – where he spotted the perfect frozen lake.

From there, Kristina got out of the helicopter and put on her skates. The scene was so glorious that she had the thought, “I’m going to skate on Heaven.” Bradley then flew above Kristina as she skated around the pristine lake, which was surrounded by a snow-covered (rocky) wonderland. She truly looks like she is in a fairy-tale! Wow, Kristina can definitely check this off of her bucket list!

0
Some of the smartest people I know continuously struggle to get ahead because they forget to address a few simple truths that collectively govern...
Read more
Positivity