Home Photography The Day To Night Collection by Stephen Wilkes 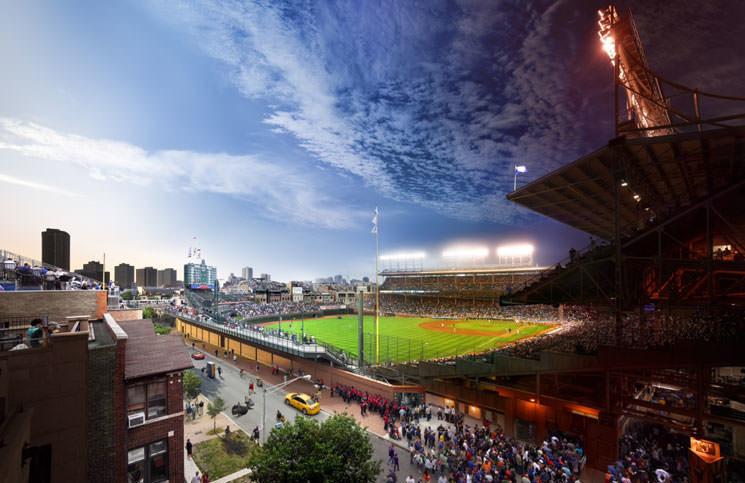 Photographer Stephen Wilkes’s Day to Night Series is a unique collection that perfectly captures the energetic ebb and flow from dawn ’til dark of different well-known landmarks around the world. In each of Wilkes’ Day to Night creations, he masterfully blends thirty to fifty photos into one fluid image to seamlessly create surrealist cityscapes.

As Wilkes explains, “I imagined changing time in a single photograph. I began to explore this fascination with time in a new series of photographs called: “Day to Night”. Photographing from one camera angle continuously for up to 15 hours, capturing the fleeting moments throughout the day and night. A select group of these images are then blended into one photograph, capturing the changing of time within a single frame.

The results are stunning. They glow. They invite the viewer to come in, look closer, feel the pulse of a location that never sleeps as it moves from the early morning hours into lit up urban darkness.

The author shares his thoughts on each of the iconic cityscapes.

1. Stadium Wrigley Field in Chicago, 2013
This photograph is a rare occurrence in Major League Baseball. Wrigley Field – this is the Great Temple of baseball. It will change dramatically over the next year, as there will install a giant electronic scoreboard.

2. Coney Island, Brooklyn, 2011
It was one of those perfect days when it’s time to relax on the beach. The weather was warm and sunny. I even managed to capture the race regatta off the coast of the Atlantic Ocean. 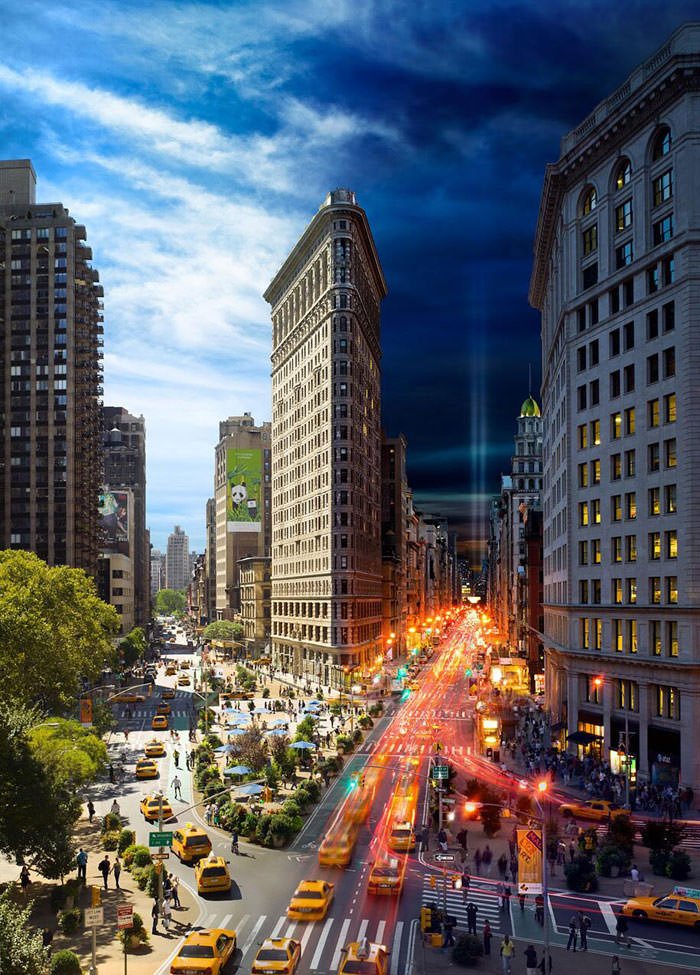 3. Iron, New York, 2010
This photo was taken 9/11/2010. I felt that this image reflects the state in which we are located, residents of New York. Life moves on, but we continue to feel the past. 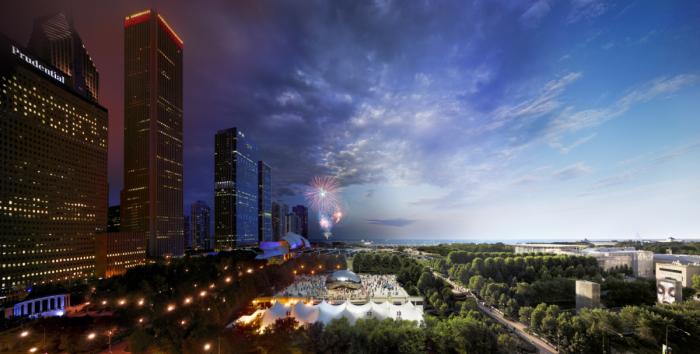 4. Millennium Park (Millenium Park), Chicago, 2013
Millennium Park is the perfect place to capture the beauty of Chicago. We waited until 21:30 to take pictures of the fireworks, but at nine o’clock in the evening the weather changed dramatically. Went monsoon rain, which allowed to capture one of the most important elements in this photo. 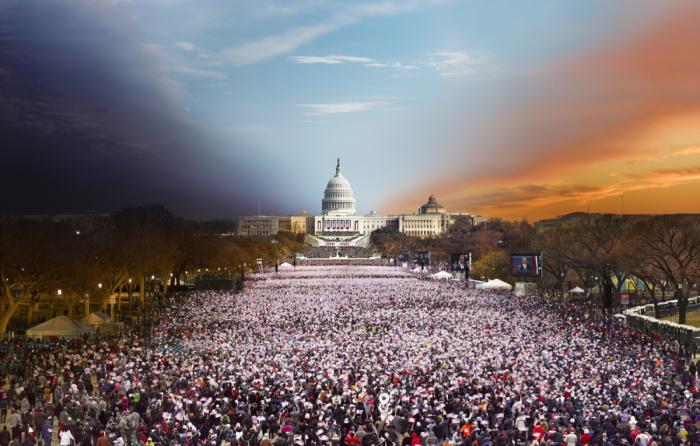 5. Inauguration of the President, Washington, DC, in 2013
for this image we climbed the 50-foot lift in the middle of the National Mall (National Mall) during the morning of the inauguration of the president. In the evening, broke gusty wind, if it started 5 minutes earlier, then we would not have had a one night photography. 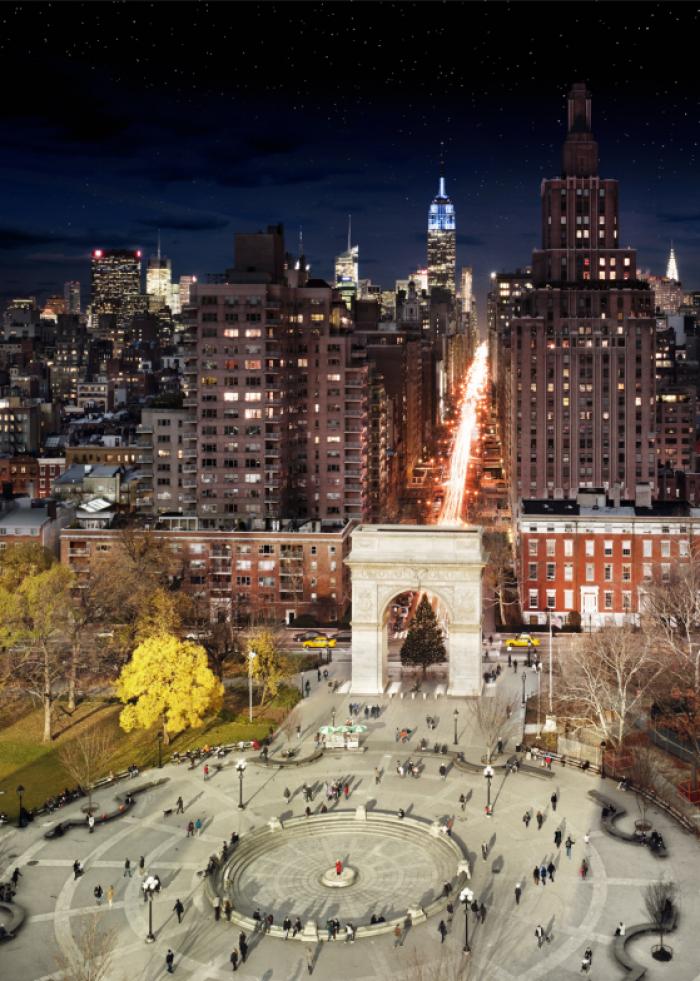 6. Washington Square, New York, 2009
From the snapshot associated with one of my favorite memories. I noticed several men dressed in tuxedos and there was nothing extraordinary except for the fact that all these guys were wearing big white rabbit head. 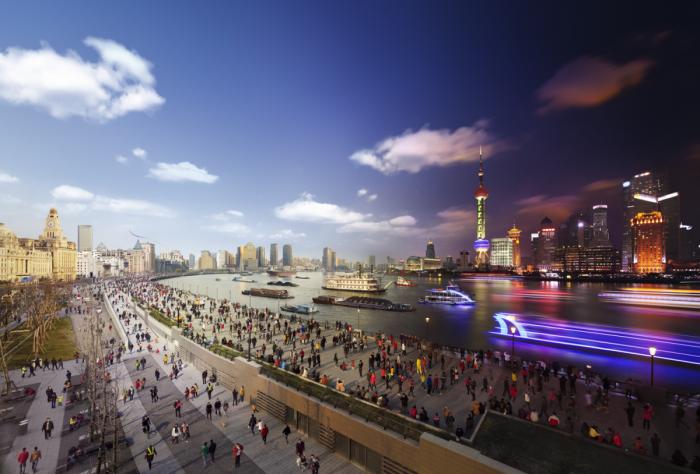 7. Shanghai, China, 2012
One of my favorite elements of the image – the transition point where the day turns to night. I managed to capture one of the boats in the afternoon, and then again at night. If you look closely, you can see how the boat changes from day to night. 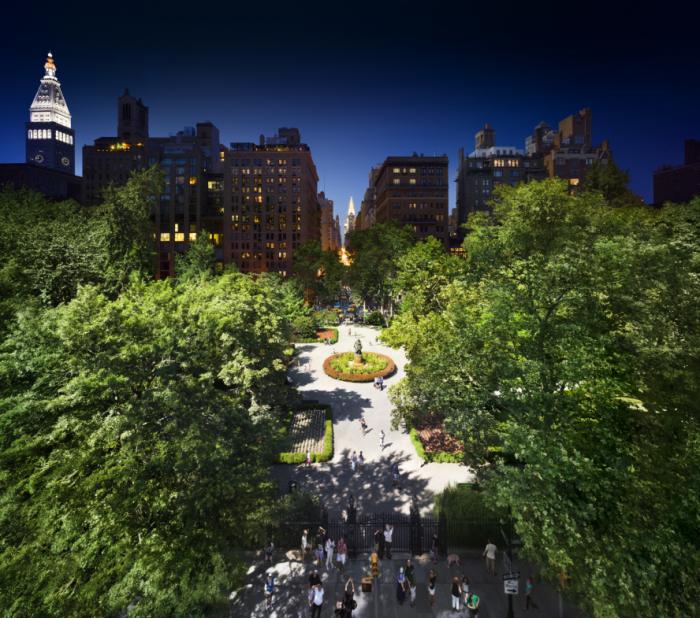 8. Gramercy Park, New York, 2011
This is a true oasis of green in lower Manhattan and the only private park in New York. I was fortunate to capture this view showing the activity inside the park and the night beyond. 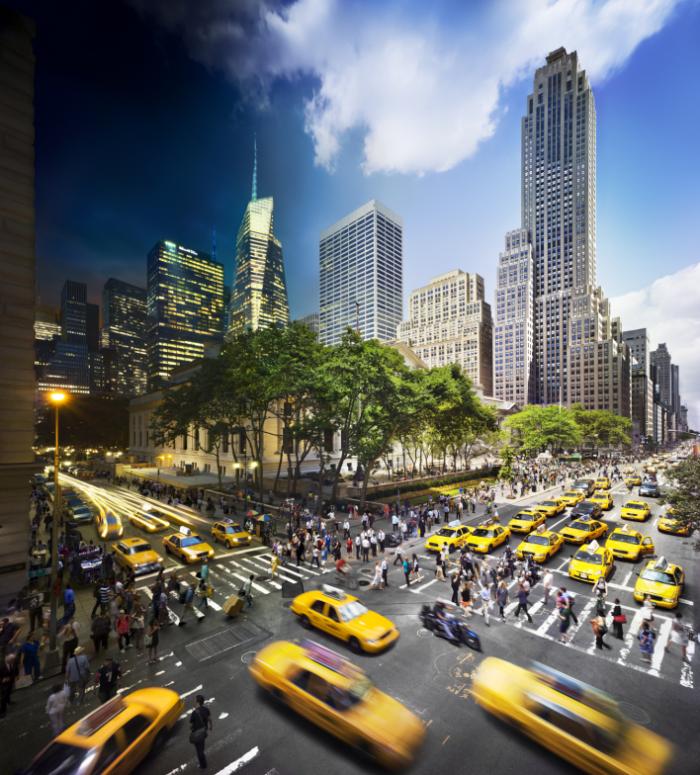 9. New York Library, New York, 2011
While shooting on 5th Avenue, capturing the sound and the flow of people, I especially liked watching a group of construction workers who had lunch sitting on the outside walls of the library, looking at people. This picture reminded me of a famous photograph by Charles Ebbets (Charles C. Ebbets) «Lunch on a skyscraper,” which he did in 1932. 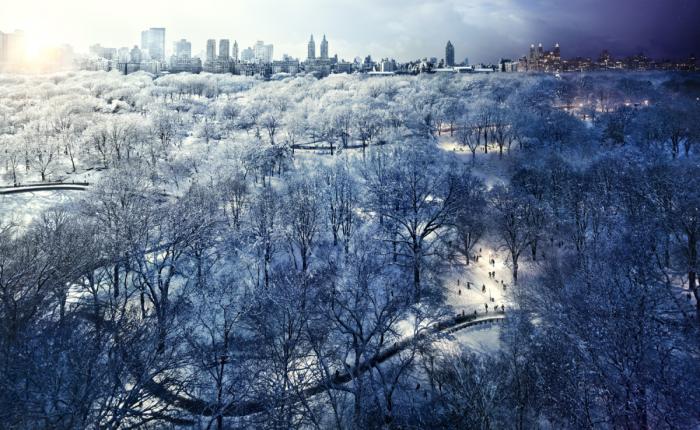 10. Central Park, New York, 2010
I have always loved to photograph a blizzard in New York City. Having discovered this amazing kind of editorial assignments, I agreed to come back and to shoot out of this place. A few months later, we passed one of the snowstorms. 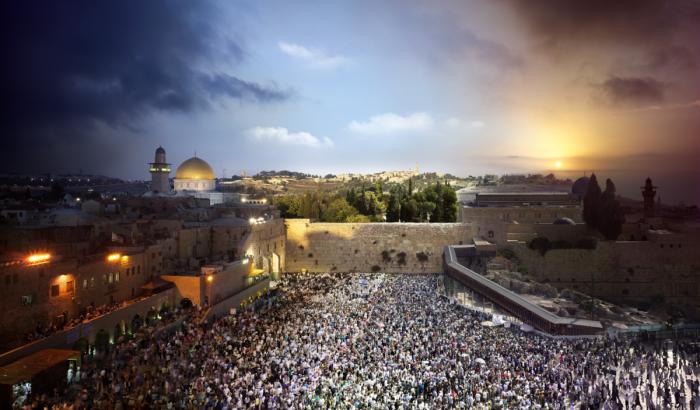 We spent months studying every aspect of the Western Wall, looking at her countless images. Then found out that three times a year at the wall praying almost 100,000 people. I immediately decided that this should be in the foreground of the story in pictures. We made this picture a day “priestly blessing” or “Birkat Cohanim” during Sukkot in October 2012. I photographed for 18 hours and made over 1800 images.

12. Fountain in Central Park, New York, 2011
This is a snapshot of the project “Day and night” I did one of my favorite spots in Central Park. I saw during the day brides are out there taking pictures. Then we learned that the day was a celebration of love in the Korean calendar. Thus, all the girls were Korean brides who wish to take a picture that day. All they have added a magical element to this picture. 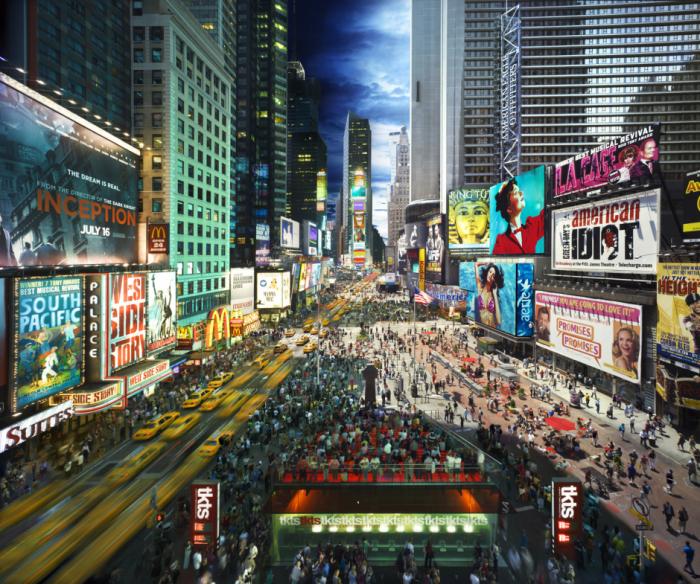 13. Times Square, New York, 2010
It was one of the hardest shots in terms of lighting. I decided that in those places where there is a shadow in the photo, there will be night, and where the sunlight a day there. Day and night alternate to the extent that, as your eyes move down Times Square.

14. the Santa Monica Pier, California, 2012
There are many magical moments at the transition of the day into the night. I accidently locked, how was the detention of a person below us in the night side of the photo. You can clearly see the young man in handcuffs and a police car. Only in Los Angeles at the same time you can see the balloons, surfing, cotton candy and arrest!

0
Skiing can be a beloved hobby, sport, or simply a fun activity to try out once in a while for people from all over...
Read more
Amazing

0
The world is full of incredible things, and every time we encounter them, life seems that much more interesting. Today we offers you 25 pictures that prove we still have a lot...
Read more
Positivity